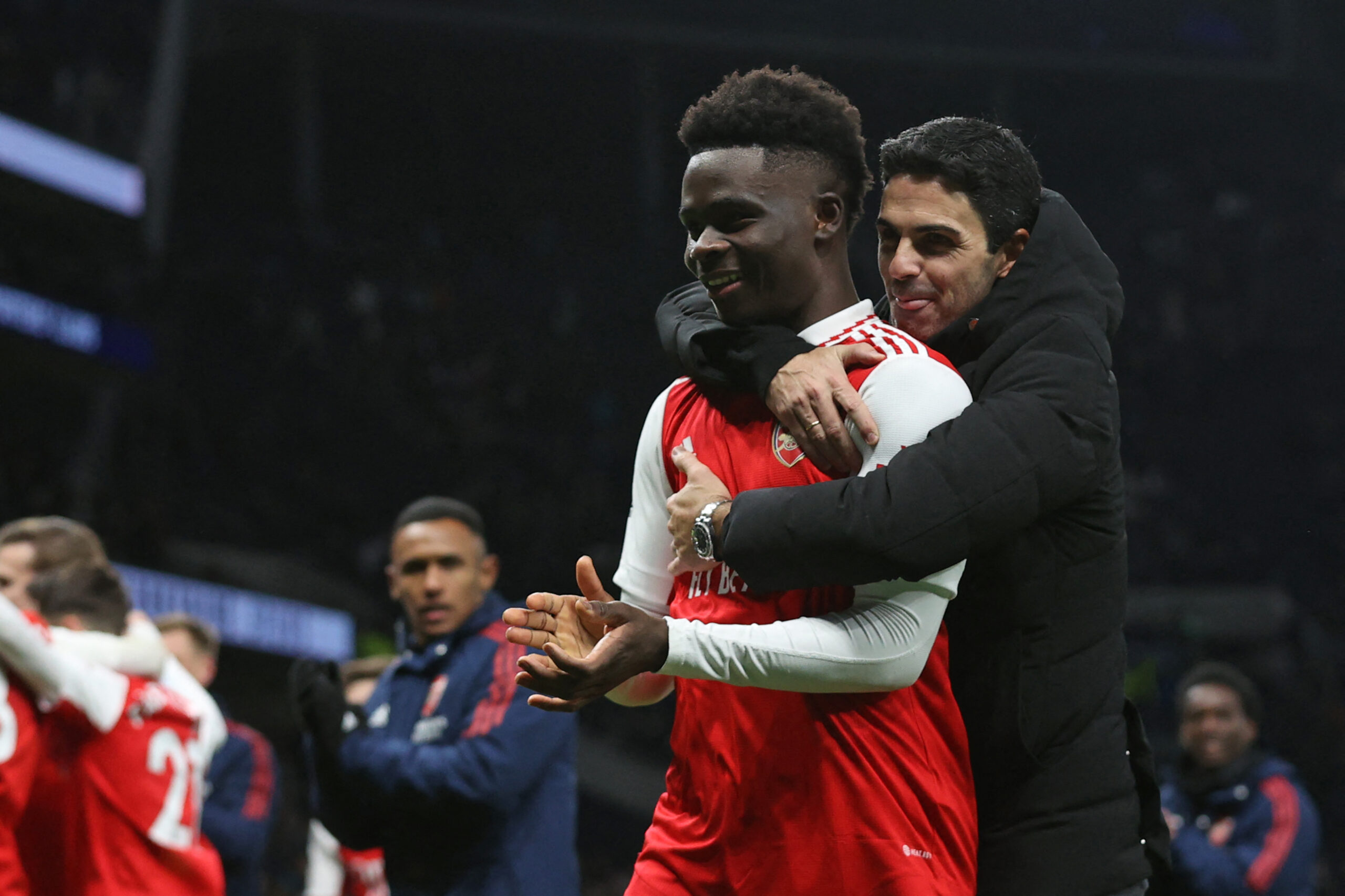 The league leaders dominated the first half and twice came close to taking the lead in the opening ten minutes.

The Gunners continued to control the game, and it wasn’t long before they went in front. Bukayo Saka’s cross took a small deflection off Ryan Sessegnon and was diverted into his own net by Lloris.

Arsenal pressed for a second goal, coming close with two long-range efforts. Odegaard had one pushed wide by Lloris, and Partey saw his thunderous volley crash off the post.

Their pressure eventually told as they doubled their advantage. Saka fed Odegaard, who arrowed a shot into the bottom right corner from distance.

It was a miserable first half for Tottenham, but they still managed to create a couple of chances of their own. Aaron Ramsdale was called upon on two occasions, first to deny Heung-min Son and then to turn Harry Kane’s header wide of the post.

After the break, Ramsdale was needed twice again to stop Spurs from getting back into the game. Kane had a powerful strike saved, and Sessegnon had a goal-bound finish directed narrowly wide by the left foot of the goalkeeper.

Arsenal came under immense pressure but weathered the storm. In response, they almost made it three, but Nketiah was unable to finish when played through by Granit Xhaka.

From then on, Mikel Arteta’s men played the game out without too many issues. The victory takes them eight points clear at the top of the table.

As for Tottenham, they remain in fifth place – five points behind Manchester United.

Hugo Lloris (4/10) – Really shaky start, and ought to have done better for the opener. Made a couple of saves from Nketiah.

Cristian Romero (4/10) – Struggled to prevent Arsenal’s frontline. Fortunate not to be given a second yellow card in the second half.

Eric Dier (5/10) – Found things difficult up against Nketiah. Decent on the ball.

Clement Lenglet (5/10) – Also couldn’t cope with the Gunners’ frontline. Lost the ball carelessly in the early stages which almost gifted Arsenal an opener.

Ryan Sessegnon (5/10) – Provided some threat going forward, and could have had a goal and an assist. Couldn’t handle Saka down the other end.

Pierre-Emile Hojbjerg (5/10) – Lost his midfield battle against Xhaka and Partey.

Dejan Kulusevski (6/10) – Looked like the most likely to create something for Tottenham. Got into some good areas but final ball was lacking.

Harry Kane (5/10) – Twice came close to scoring. Tried to make something happen but wasn’t able to get the better of Gabriel.

William Saliba (7/10) – Let little past him all afternoon. Won a few headers and made some clearances.

Gabriel (8/10) – Had the task of marking Kane and coped well. Didn’t allow the Englishman to beat him physically.

Oleksandr Zinchenko (6/10) – Good on the ball for the most part. Sometimes struggled against Kulusevski.

Thomas Partey (8/10) – Controlled large parts of the game. Unlucky not to score with a tremendous volley in the first half.

Granit Xhaka (7/10) – Had the upper hand in his battle against Hojbjerg and Sarr. A combative performance.

Bukayo Saka (7/10) – Caused all sorts of problems for Spurs in the first half and was heavily involved in both goals. Did little in the second half.

Martin Odegaard (8/10) – Key to most things Arsenal did going forward. Put his side 2-0 up with a fine strike from distance.

Gabriel Martinelli (6/10) – The weakest of Arsenal’s frontline, but still had a solid game.

Eddie Nketiah (7/10) – Worked hard and made things difficult for Spurs’ centre-backs. Linked up well, but finishing let him down.