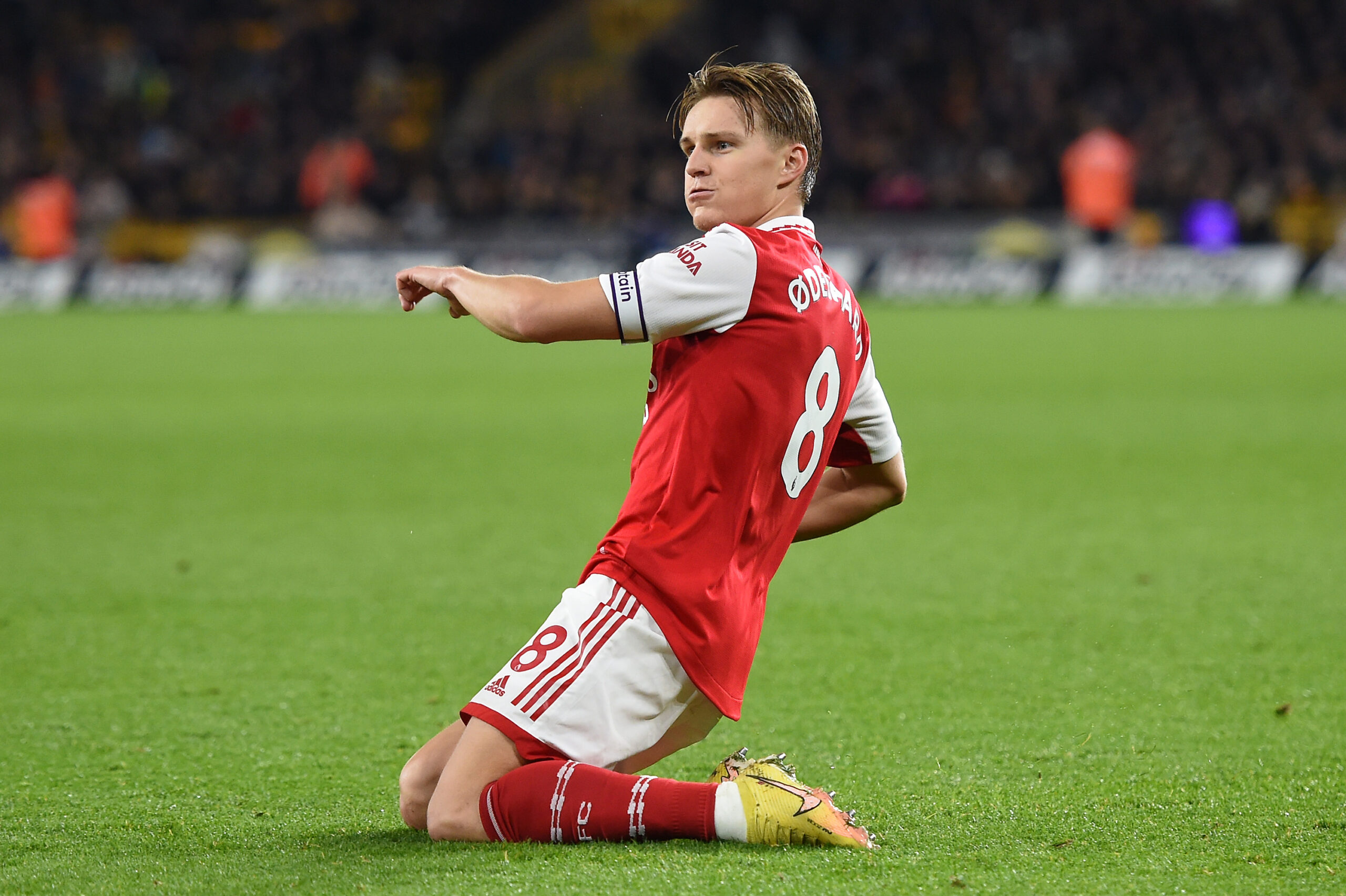 The Norwegian has had an impressive third season with the Gunners and he is currently their leading scorer in the top-flight with eight goals from 17 appearances.

Odegaard had a quiet game against Newcastle United earlier this month, but he was back to his best against Spurs. He scored the Gunners’ second goal.

Prior to his strike, the 24-year-old had another shot saved by Hugo Lloris on the stretch. Speaking after the game, Arteta was full of praise for Odegaard.

The Spaniard said that the club captain was ‘terrific’ and was particularly ‘incredible’ in the first half.

He told reporters: “Terrific. Especially the first half I think he was incredible.”

“He’s really showing a different kind of presence in the way he’s influencing the game, just the feeling, the way he moves what he transmits on the pitch is different. To do what he’s done here today, big credit to him.”

Odegaard has evolved into a complete player this term. He was previously hesitant to attempts shots and there has been a distinct improvement this campaign.

He is now leading from the front as the captain and the fans will be hoping that he can sustain the form for the rest of the season to boost Arsenal’s title charge.

The £115,000-a-week star has already made 13 goal contributions in the Premier League this season.

Meanwhile, Arsenal now need to refocus on their next game against Manchester United on January 22. It should be another testing challenge for the Gunners.

United are the only side that have beaten them in the league this term. They capitalised on defensive errors with counter-attacking football last time around.

Arteta will be hoping that his side can avenge the defeat at the Emirates Stadium. Arsenal have picked up 10 points in the last four home meetings against United.