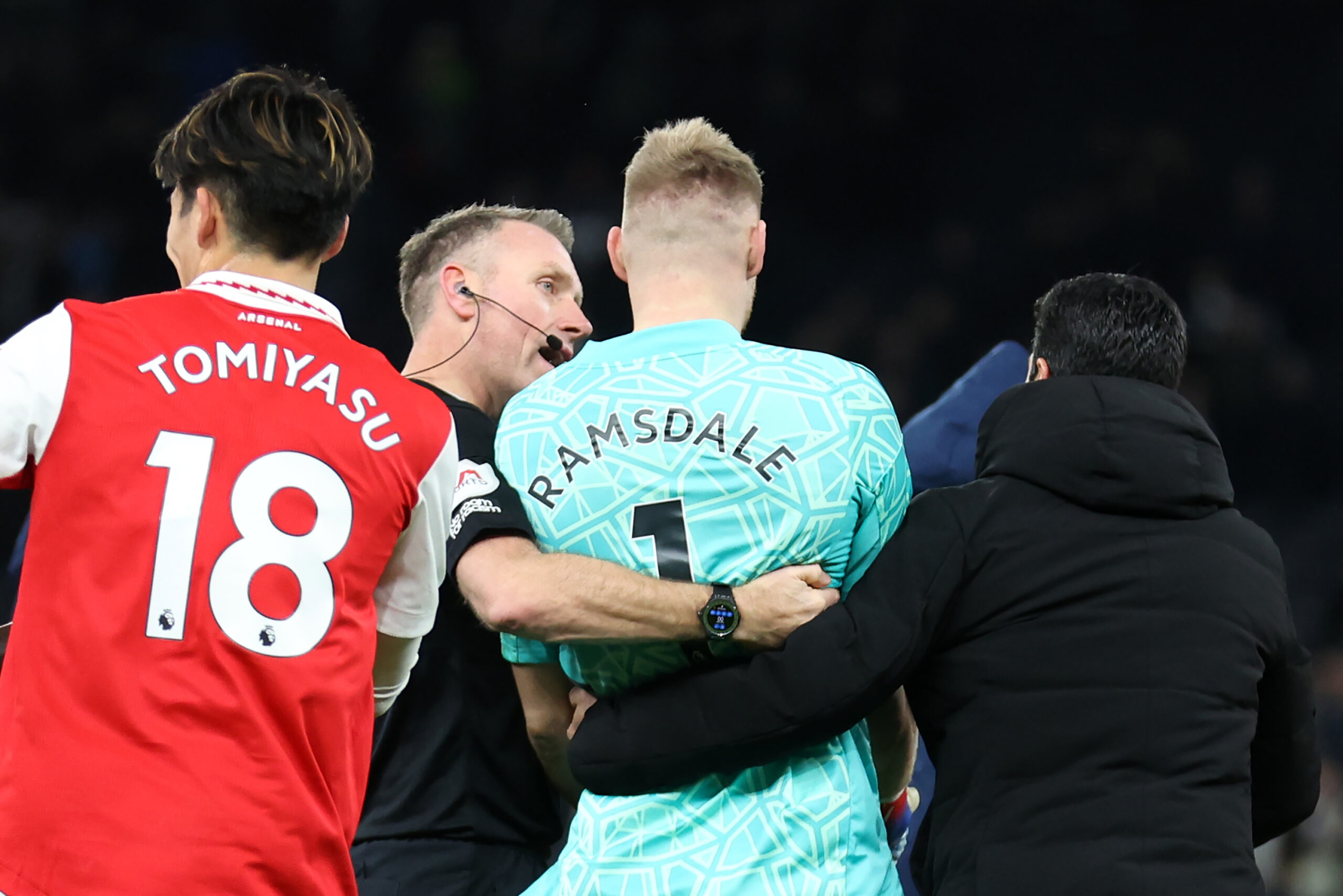 The Professional Footballers’ Association (PFA) has issued a statement after Arsenal goalkeeper Aaron Ramsdale was kicked by a ‘fan’ at the end of the game against Tottenham Hotspur today.

Ramsdale kept a clean sheet in the North London derby – the first Arsenal goalkeeper to achieve the feat at Spurs since Wojciech Szczesny in March 2014.

He helped Arsenal go eight points clear at the top of the table, and even Tottenham manager Antonio Conte praised him.

The 24-year-old celebrated the victory by kissing the Arsenal crest in front of the angered home crowd after the final whistle.

Richarlison, not one to shy away from confrontation, started shoving the keeper. A ‘fan’ then climbed the barrier and kicked Ramsdale.

The security kept him away from the offender and cooled him off. Arsenal Mikel Arteta intervened to take Ramsdale towards the Arsenal fans. The PFA released a statement after the game.

“Violence towards players is completely unacceptable,” it read (via Twitter). “These types of incidents are happening far too often.

“Players have a right to be safe in their place of work. When a player is attacked we expect the laws and regulations that are in place to protect them to be properly enforced.

“As the players’ union, we treat this as a priority issue. We will be continuing to work with the authorities to demand that players and staff are better protected in their place of work.”

The Football Association and Premier League also condemned the incident, while Tottenham promised to review CCTV footage of the game to identify the fan.

The incident marred an excellent victory for Arsenal. The Gunners are title favourites and look a good bet to hang onto top spot this season.