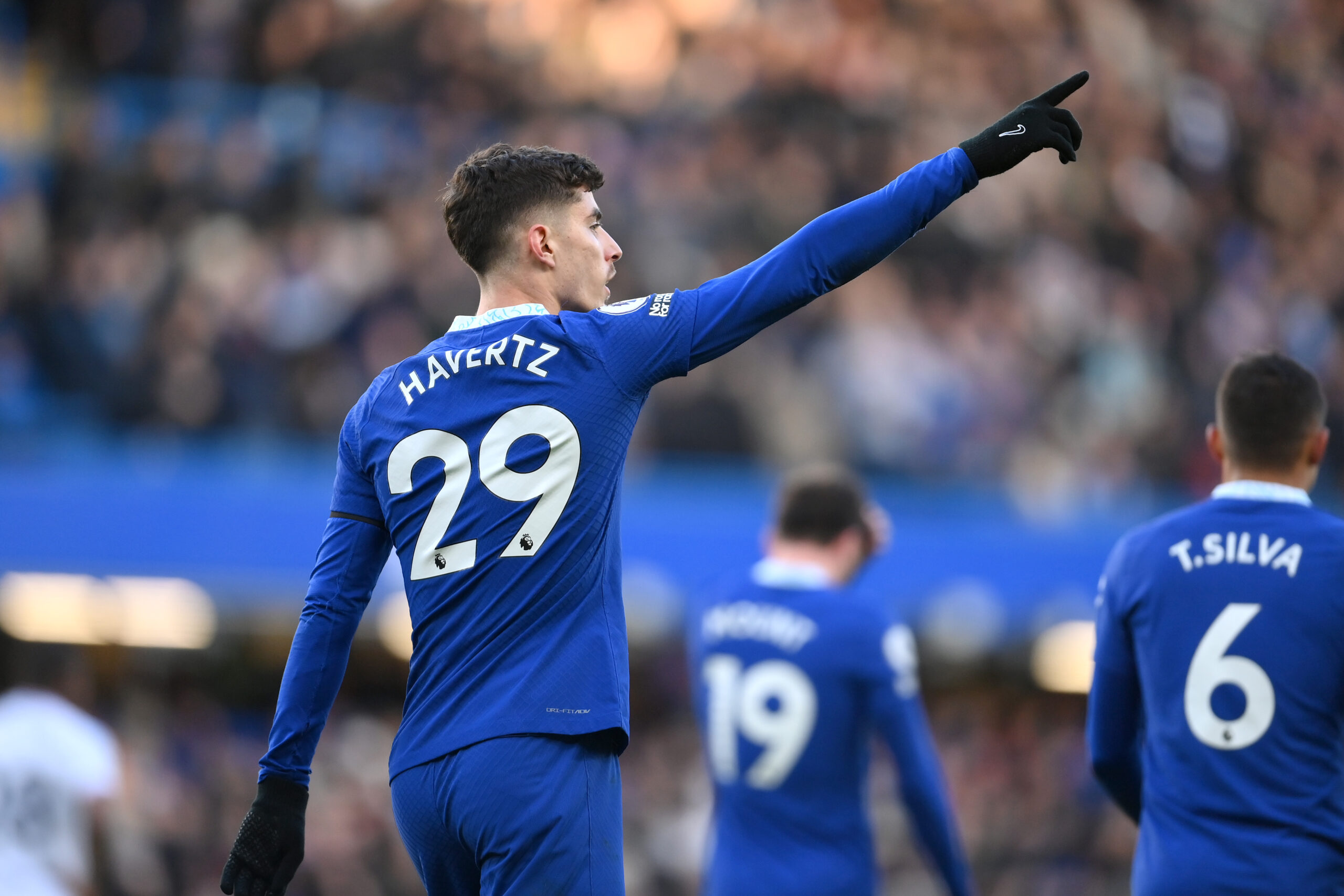 Chelsea came out 1-0 victors in an all-London Premier League showdown against Crystal Palace at Stamford Bridge on Sunday.

Following a 2-1 midweek loss at Fulham, Chelsea’s sixth in their last eight matches (W1, D1), Graham Potter has become the favourite in the Premier League sack race with some bookmakers.

Therefore, an encounter against an out-of-form Palace side they’ve defeated in their last ten top-flight meetings on the trot couldn’t have come at a more opportune moment for the Blues.

A daunting trip north of the River Thames amid an underwhelming run of three defeats from four Premier League outings (W1) troubled Patrick Vieira and for a good reason.

His men had racked up only three points from eight league clashes against sides from the upper half of the table in the build-up to this fixture (D3, L5), including a 4-0 home thumping to Tottenham Hotspur last time out.

But Palace had the first meaningful chance of the game as Tyrick Mitchell forced a stunning save from Kepa Arrizabalaga from point-blank in the 19th minute.

Moments later, Michael Olise picked up a lofted pass on the edge of the box and unleashed a thunderous half-volley, but Kepa was up to the task again, pulling off a brilliant diving save.

Chelsea weathered the storm and started gaining a foothold in this match, pushing forward in numbers, which nearly paid off just after the half-hour mark.

Kai Havertz outjumped his markers and caught Palace goalkeeper Vicente Guaita off his line but couldn’t keep his header low from close range.

Potter’s side continued to press high and the chances kept coming their way. Lewis Hall was inches away from breaking the deadlock late in the first half, yet he failed to hit the target from inside the six-yard box after latching onto Conor Gallagher’s inviting low cross.

Vieria’s side replied soon after through Jeffrey Schlupp, who met Eberechi Eze’s corner-kick delivery on the near post, yet Arrizabala was on his toes, averting the danger with another massive save.

It was time again for Guaita to show his reflexes as Hakim Ziyech forced the Eagles’ shot-stopper’s fingertip block from just inside the box on the stroke of half-time.

A scrappy second-half start saw both sides fighting tooth and nail for midfield supremacy without creating anything worth mentioning until the 54th minute.

Following a frustrating first half, Wilfried Zaha came to life, picking up the loose ball inside Chelsea’s territory and launching a bullet of a shot goalwards. Again Arrizabalaga was alert to thwart the danger.

Chelsea punished Palace for several wasted chances just after the hour mark as Ziyech whipped the ball into the box with pace and accuracy. Havertz beat his man in the air, sending his header where Guaita couldn’t reach it to put the Blues in front.

The German forward had a glorious opportunity to put the game to bed in the 81st minute as Mason Mount sent in a delightful cross, only for Havertz to miss the target from just a couple of yards out.

His miss almost came back to haunt Chelsea as Arrizabala had to make another flying stop to deny Cheick Doucoure’s mid-range thunderbolt towards the roof of the net in the 86th minute.

Despite being handed seven minutes of injury time, Palace failed to direct a shot towards the Blues’ goal for the remainder of the match as the hosts got away with a massive three points.

Kepa Arrizabalaga *MOTM* (9/10) – Made numerous vital stops on either side of half-time to remind the Bridge hierarchy why they made him the most expensive goalkeeper in football history.

Trevoh Chalobah (7/10) – Another ruthless defensive display from the makeshift right-back. Showed creativity and crossing are not his strengths, though.

Thiago Silva (9/10) – Deserves much of the credit for Chelsea’s win today. Made every crucial interception to help his team finally keep a clean sheet in the Premier League.

Benoit Badiashile (8/10) – A decent debut for the ex-Monaco man. Never truly tested by Jordan Ayew, in part thanks to his good positioning.

Lewis Hall (6/10) – Slotted in for overpaid Marc Cucurella and was a breath of fresh air on the left-hand side. Pity his first touch let him down in some promising positions.

Jorginho (6/10) – Wasn’t as useless as he has been in recent games but still produced some errant passes.

Conor Gallagher (7/10) – Arguably his best performance of the season. Unlike some previous appearances, knew he wanted to do with the ball today.

Carney Chukwuemeka (3/10) – A near-anonymous figure on his maiden Premier League start for Chelsea. Couldn’t have any complaints about being withdrawn on the hour mark.

Hakim Ziyech (7/10) – Looked lively and dangerous from the get-go. Was rewarded for his vivid display with another assist.

Kai Havertz (8/10) – Slotted home a wonderful header and constantly troubled Palace’s backline with smart movements between the lines. Unlucky to score just once.

Nathaniel Clyne (5/10) – Did well defensively against Mount and Hall, which came at the expense of his attacking aspirations. Virtually invisible on Chelsea’s half.

Marc Guehi (7/10) – Put under an awful lot of pressure on several occasions and excelled.

Joachim Andersen (7/10) – Defended with his usual aggression before picking up an injury midway through the first half. Won every aerial battle against Havertz.

Tyrick Mitchell (3/10) – Tormented by Ziyech all game long. Made up for his defensive slip-ups by providing depth in the front third when Palace were chasing an equaliser.

Cheick Doucoure (5/10) – Lucky to get away without a booking. His tackles were often over-zealous and poorly timed. Nowhere to be seen in the build-up play.

Jeffrey Schlupp (6/10) – Came close to drawing first blood early in the first half. Won plenty of midfield battles against Chukwuemeka and looked confident with the ball at his feet.

Wilfried Zaha (4/10) – Spent the entire first half in ‘stealth mode.’ Switching flanks in the second half turned him into a more relevant factor in this contest.

Eberechi Eze (3/10) – His most noteworthy contributions came from set-piece deliveries. Struggled to get involved in Palace’s attacking movements enough.

Michael Olise (4/10)- Had one outrageous attempt midway through the first half. Troubled inexperienced Hall whenever the chance was given.