Roma vs Fiorentina Preview – Prediction, how to watch & potential line-ups 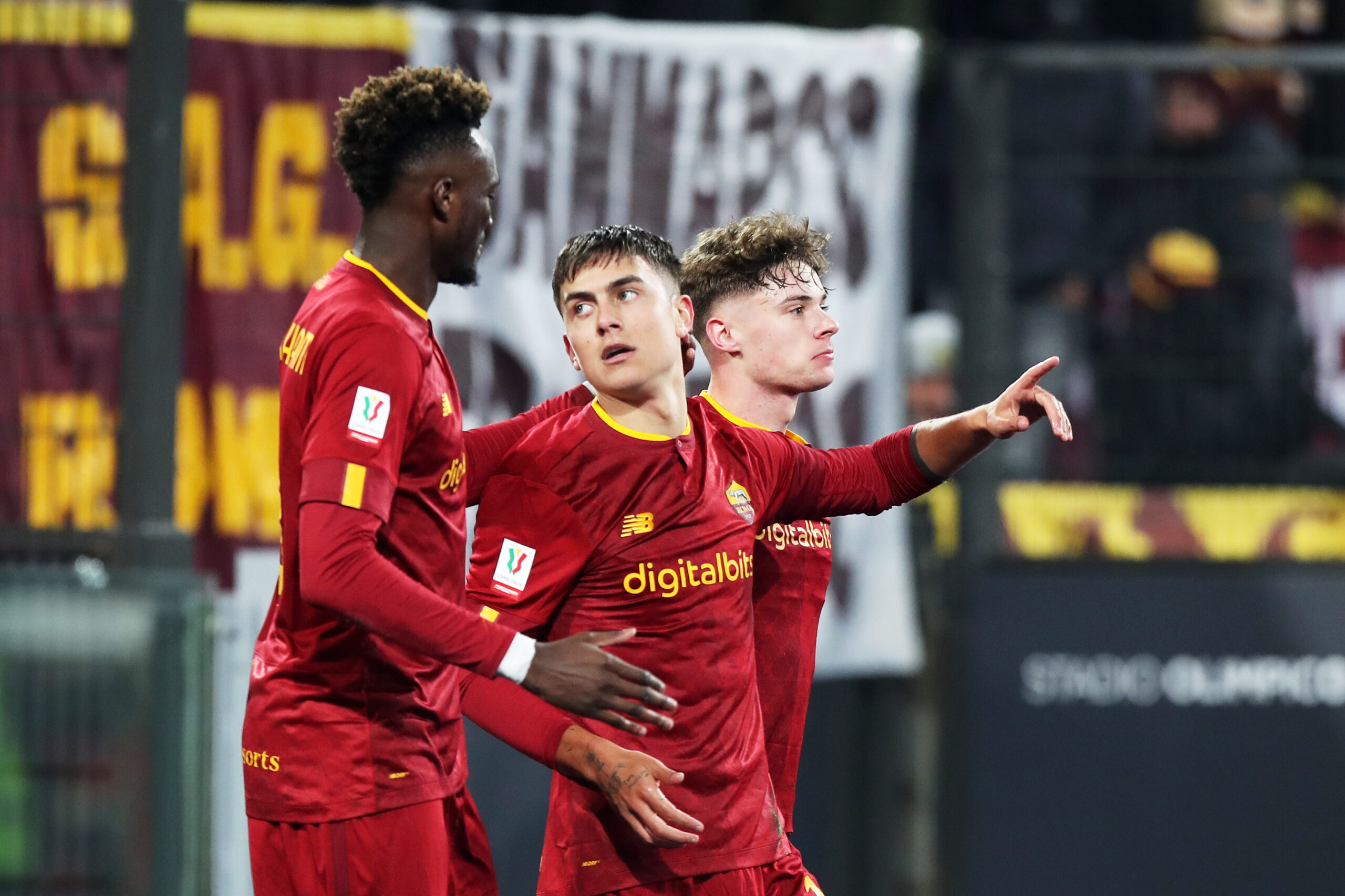 A decisive weekend of top-half Serie A battles concludes on Sunday evening as Roma and Fiorentina go head-to-head at the Stadio Olimpico.

Despite failing to fashion a shot until the 87th minute, the Giallorossi scored twice in quick succession to haul back a two-goal deficit and hold defending champions AC Milan to a dramatic 2-2 draw last weekend.

Inspired by a late comeback, Roma squeezed past Serie B outfit Genoa in midweek Coppa Italia action as Paulo Dybala netted off the bench to hand his side a 1-0 win and a place in the quarter-finals.

With Jose Mourinho back in the dugout after serving another ban, the hosts will be out to maintain their decent form in 2023 (W2, D1) and at least stay within a three-point distance of fourth-placed Inter Milan.

Ambitions are still high in the Giallorossi camp despite another topsy-turvy Serie A campaign, with Mourinho remaining hellbent on leading his side to a top-four finish for the first time since 2017/18.

Like their hosts, Fiorentina fought their way into the Coppa Italia quarter-finals on Thursday as Antonin Barak slotted home in the 25th minute to help his team overcome Sampdoria 1-0 in their last-16 tie.

Vincenzo Italiano’s men got back to winning ways in Serie A last weekend, pulling off a last-gasp 2-1 home triumph over Sassuolo to arrest a two-game winless league run (D1, L1).

However, a substantial eight-point deficit on sixth-placed Atalanta means the visitors have no time to celebrate a victorious week if they’re to become relevant in the European race.

Lorenzo Pellegrini’s early penalty made the difference as Roma ousted Bologna 1-0 in their 2023 Serie A curtain-raiser, halting an underwhelming streak of three consecutive home league games without a win (D1, L2).

In stark contrast to their recent form woes at the Olimpico, the Giallorossi have only lost once in their last eight top-flight meetings with Fiorentina in the capital (W5, D2), including a 3-1 win in this corresponding fixture in 2021/23.

Anything less than three points would throw Roma’s bid hopes into disarray, but their recent propensity for sharing the spoils, as witnessed by three draws in their last four league matches (W1), is a problem.

Having won only 25% of their Serie A away outings this season (W2, D2, L4), Fiorentina will hope to turn their fortunes around on their first top-flight travel in 2023.

As the joint-low Serie A scorers in the top nine alongside Roma, La Viola can draw some confidence from netting 2+ goals in two of their last three away league contests (W2, D1).

But visiting sides from the capital has become a bogey task for Fiorentina of late, as they’ve won none of their last 13 Serie A trips to meet clubs from the administrative region of Lazio (D3, L10).

Roma vs Fiorentina, alongside all other Serie A fixtures, is available to watch online via Serie A live streams.

Both sides will deal with midweek fatigue, but since Mourinho had an opportunity to rest some significant first-team stars against Genoa, Roma should have the upper hand over their visitors.

Fiorentina may have gone from strength to strength in their opening three matches of 2023 (W2, D1), but their recent fortunes at the Olimpico cannot inspire much confidence.

We back Roma to take three points via a narrow margin.