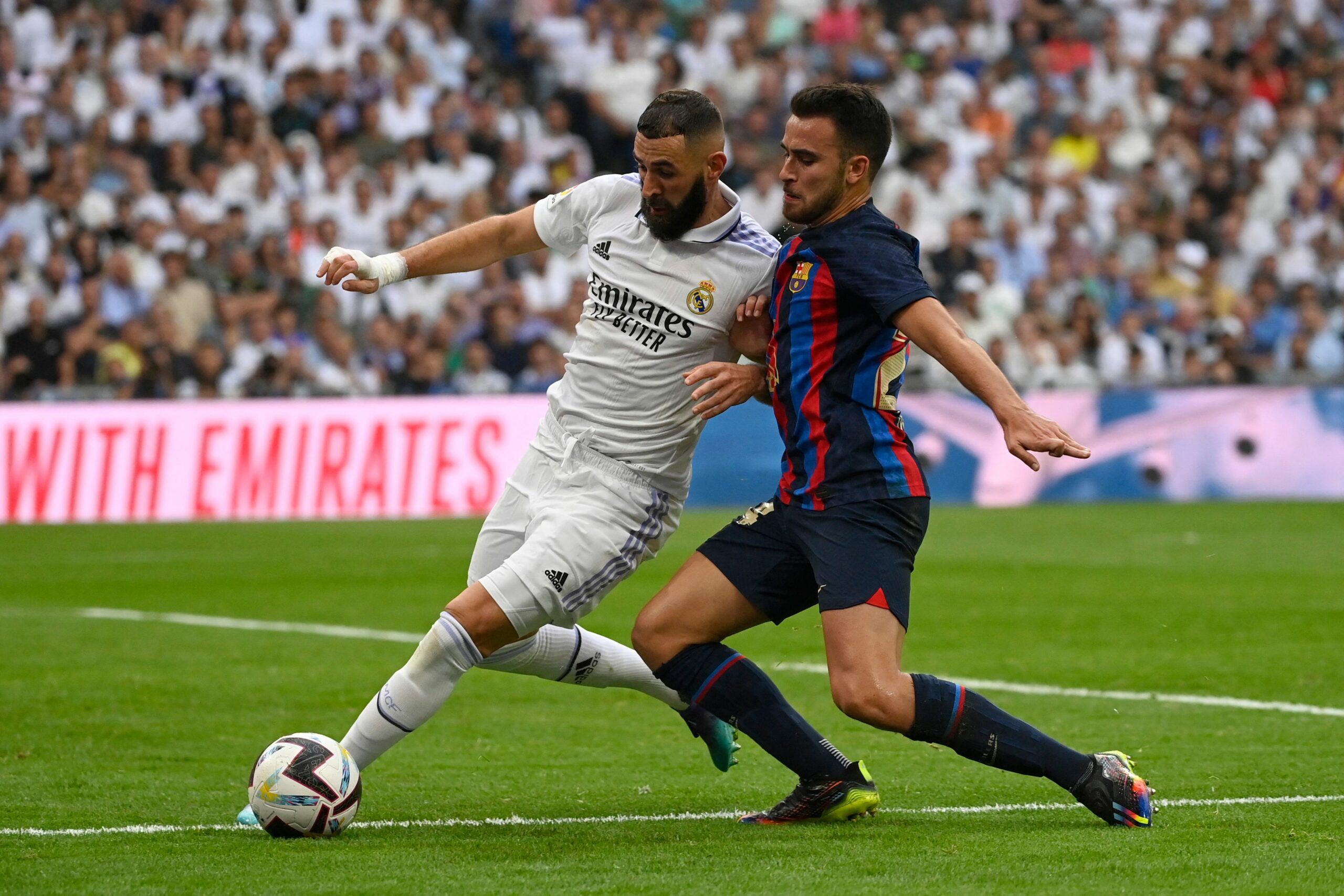 A Supercopa de Espana trophy is at stake as Real Madrid and Barcelona square off in a blockbuster El Clasico showdown in Riyadh on Sunday evening.

Both sides needed penalties to navigate their semi-final ties in Saudi Arabia to set up their mammoth contest, with Madrid ousting Valencia and Barca overcoming Real Betis, respectively.

Karim Benzema converted a spot-kick late in the first half to hand Carlo Ancelotti’s team a half-time lead, but Valencia replied through Samuel Lino early in the second half to take the tie to penalties.

As for Barcelona, they survived a dramatic 2-2 draw against Betis, with Robert Lewandowski scoring in regulation time before second-half substitute Ansu Fati found the net in extra time.

Nominated for FIFA’s 2022 Coach of the Year award after landing four titles since August 2021, Ancelotti will hope to lead Los Blancos to a record-equalling 13th Supercopa triumph.

However, standing between Madrid and another landmark achievement are record-time Supercopa winners Barcelona, who are desperate to wrap their hands around a piece of silverware for the first time since 2020/21.

But since a historic run of three consecutive Supercopa triumphs between 1988 and 1990, Los Merengues have failed to defend the crown in the subsequent eight attempts.

If they’re to buck that trend, Ancelotti’s lads will have to overcome a sluggish 2023 start, which has seen them lose 2-1 to fellow La Liga rivals Villarreal and barely go past Valencia last time out.

Though they wouldn’t mind another similar outcome here, the Blaugrana will be all too aware of the first El Clasico result in 2022/23 as Madrid thumped them 3-1 at the Santiago Bernabeu in mid-October.

Encouragingly for the Catalan faithful, Xavi’s men have strung together eight consecutive games without losing in all competitions (W7, D1), accounting for their best unbeaten run in his reign since April 2022 (15).

Los Merengues have performed below expectations in 2023, but their experience in title-deciding contests could make the difference, especially against Xavi’s trophyless generation.

However, this fixture will likely go down to the wire, so whoever wants to win it more will stand a better chance, and Barcelona should be that team if they’re to kickstart a Xavi dynasty.

We back the Blaugrana to dethrone their eternal rivals after extra time.