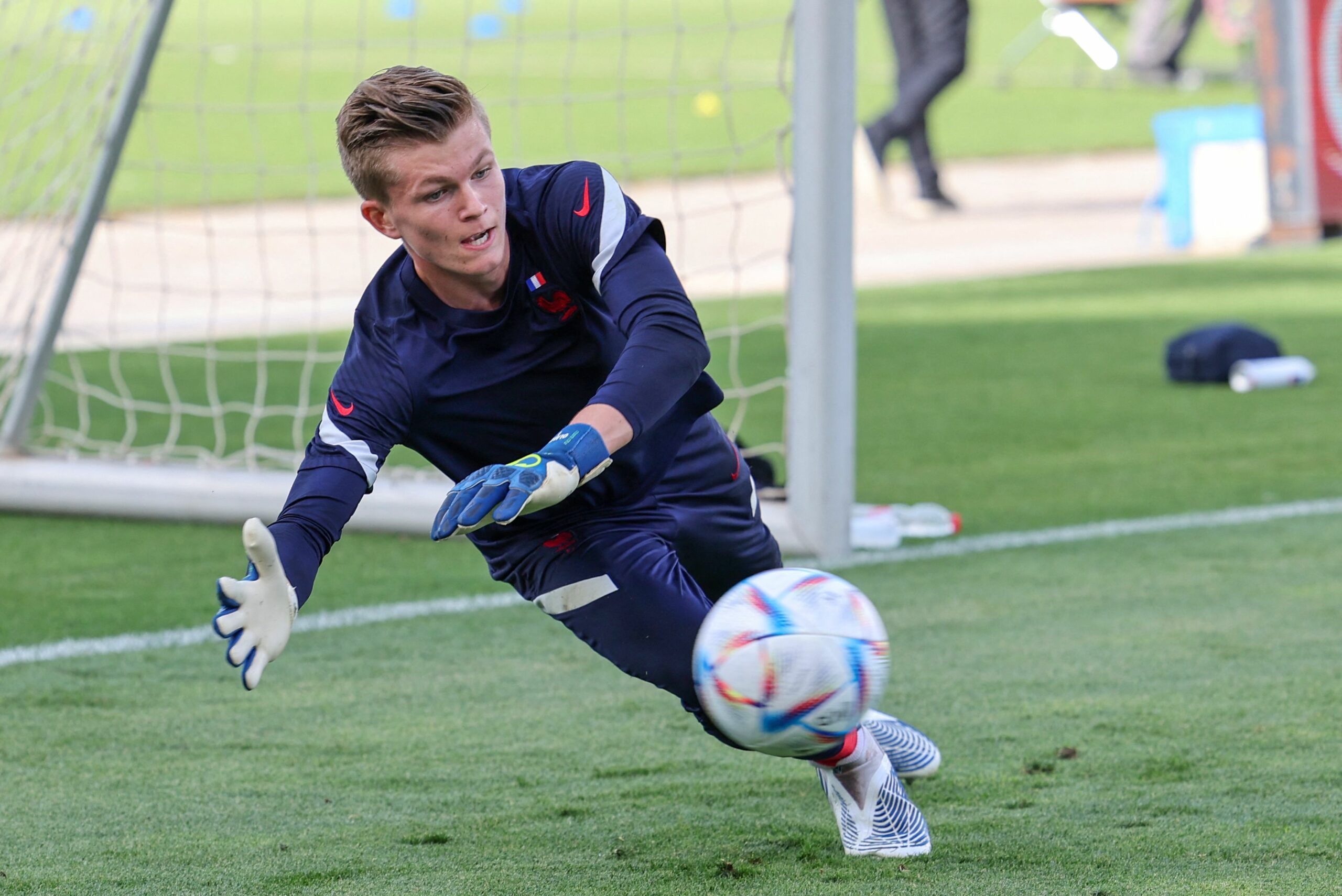 The 17-year-old is yet to pen his first professional deal at the Ligue 1 outfit, and his current deal expires in June.

Monaco are keen on retaining Olmeta’s services for the future and have since offered him a new contract, but he is stalling as he considers his future.

West Ham and Leeds are not the only clubs interested in bringing the French youngster to England.

Manchester City, Chelsea and Manchester United also want Olmeta, as they were all impressed after their scouts watched him during the Premier League International Cup game between Monaco under-21s and their Arsenal counterparts last November.

Leeds snapped up Illan Meslier from Ligue 2 side Lorient in the summer of 2019, and he has since gone on to establish himself as one of the best goalkeepers in the Premier League at a young age.

The 22-year-old still has several years ahead of him to continue as the Whites’ number one in goal, and a move for Olmeta in the summer may not be a top priority for the Elland Road outfit.

The teenager helped France under-17 land the European under-17 Championship last year and is highly rated as they come, so he will not be short of suitors should opt to move on this summer.

West Ham are preparing for life without Lukasz Fabianski, but they have Alphonse Aréola ready to step in as an immediate replacement.

Olmeta is yet to make his first-team debut but has regularly participated in first-team training with Monaco, and he has an exciting future ahead of him.