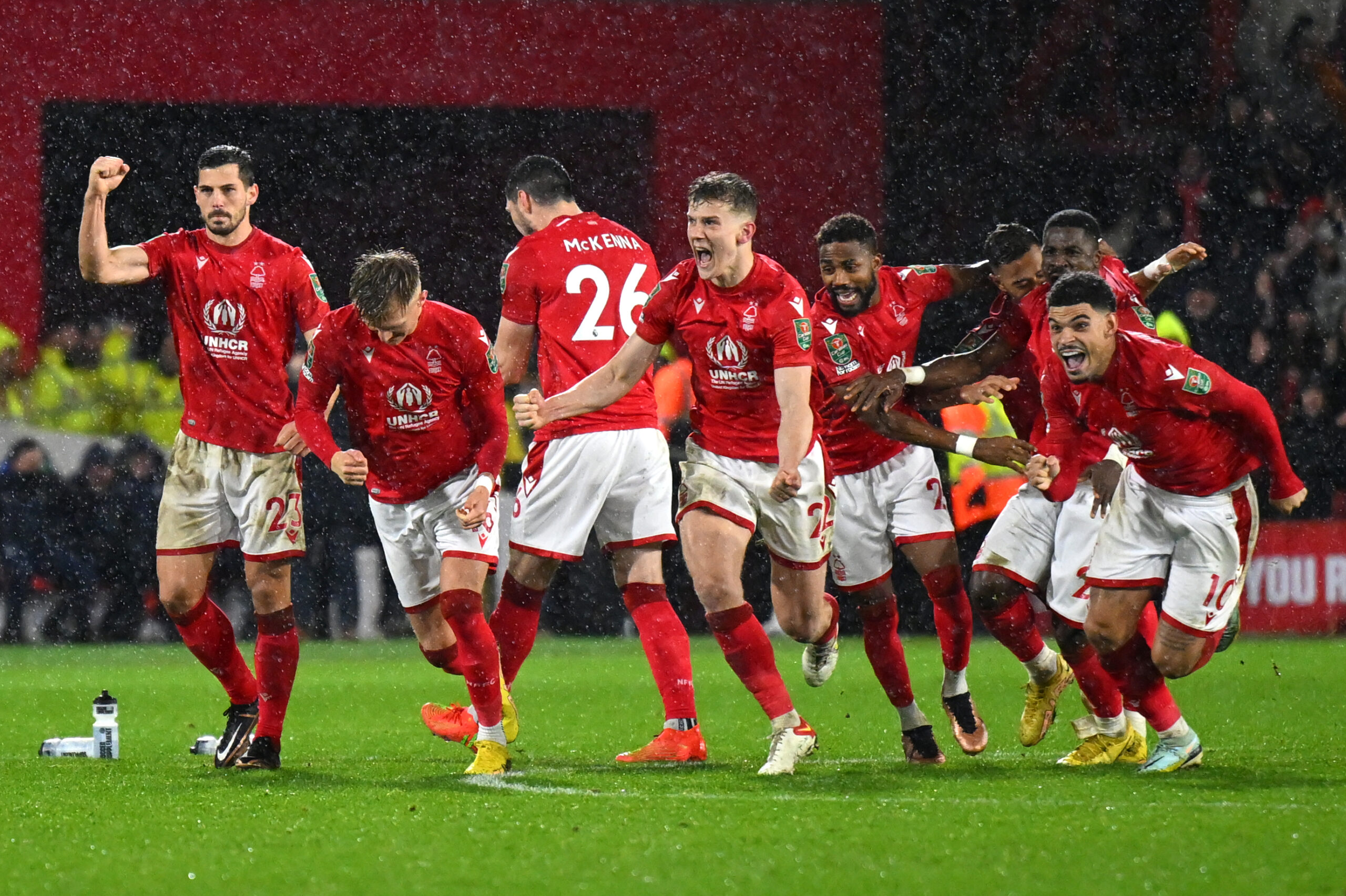 Nottingham Forest and Leicester City are set to trade tackles at the City Ground in a bottom-half Premier League showdown on Saturday.

Following an embarrassing 4-1 defeat at the hands of Championship strugglers Blackpool in the FA Cup, Forest bowed out to Wolverhampton Wanderers in the Carabao Cup quarter-finals via penalties.

Willy Boly handed Steve Cooper’s men a 1-0 lead at half-time, but Raul Jimenez put things back to square one to take the tie to penalties, where Wolves came out on top.

Now back to Premier League duties for the first time since Taiwo Awoniyi’s first-half strike gave them a morale-boosting 1-0 win at Southampton, the Tricky Trees are looking to solidify their survival bid.

Since only two points separate them from 18th-placed Everton, there’s no time for celebrations, especially with visiting Leicester also searching for three points to get their awful league season back on track.

Brendan Rodgers’ men have lost all three Premier League fixtures since club football’s resumption in December, including an underwhelming 1-0 home loss to Fulham last time out.

Although a 1-0 FA Cup triumph over fourth-tier Gillingham offered the Foxes a glimmer of hope, Newcastle United swiftly brought them back down to earth, beating them 2-0 in midweek Carabao Cup action.

Level on points with Forest at the start of this round, Leicester could create some buffer in their relegation battle if only they can replicate the performance that earned them a 4-0 win in the reverse fixture.

After the abovementioned triumph at St Mary’s, Forest could win back-to-back Premier League games for the first time this season, but that’s far from a foregone conclusion.

Cooper’s men have lacked conviction, with each of their four league victories in 2022/23 yielding an identical 1-0 scoreline, highlighting the importance of drawing first blood.

The Tricky Trees have claimed just one point from nine top-flight matches in which they’ve conceded the opening goal this term (D1, L8).

Leicester will be out to break their ‘City Ground jinx’ and score at this venue in the Premier League for the first time after three failed attempts in the past (D1, L2).

However, the visitors are at risk of starting a new calendar year with consecutive losses for the first time since 2006 after Fulham’s win at the King Power on January 3.

Ominously for underperforming manager Rodgers, his men have lost their last two Premier League clashes against newly-promoted sides, going down by a one-goal margin on both occasions.

Nottingham Forest vs Leicester City, alongside all other fixtures in England’s top flight, is available to watch online via live Premier League streams.

Neither Forest nor Leicester are likely to view Saturday’s encounter as a ‘must-win,’ but three points would be a massive boost for either side’s effort to avoid relegation.

Rodgers’ men swept the Tricky Trees aside at the King Power Stadium in October, so perhaps revenge could be on the cards, at least considering the hosts’ recent stubborn plays against Southampton and Chelsea.