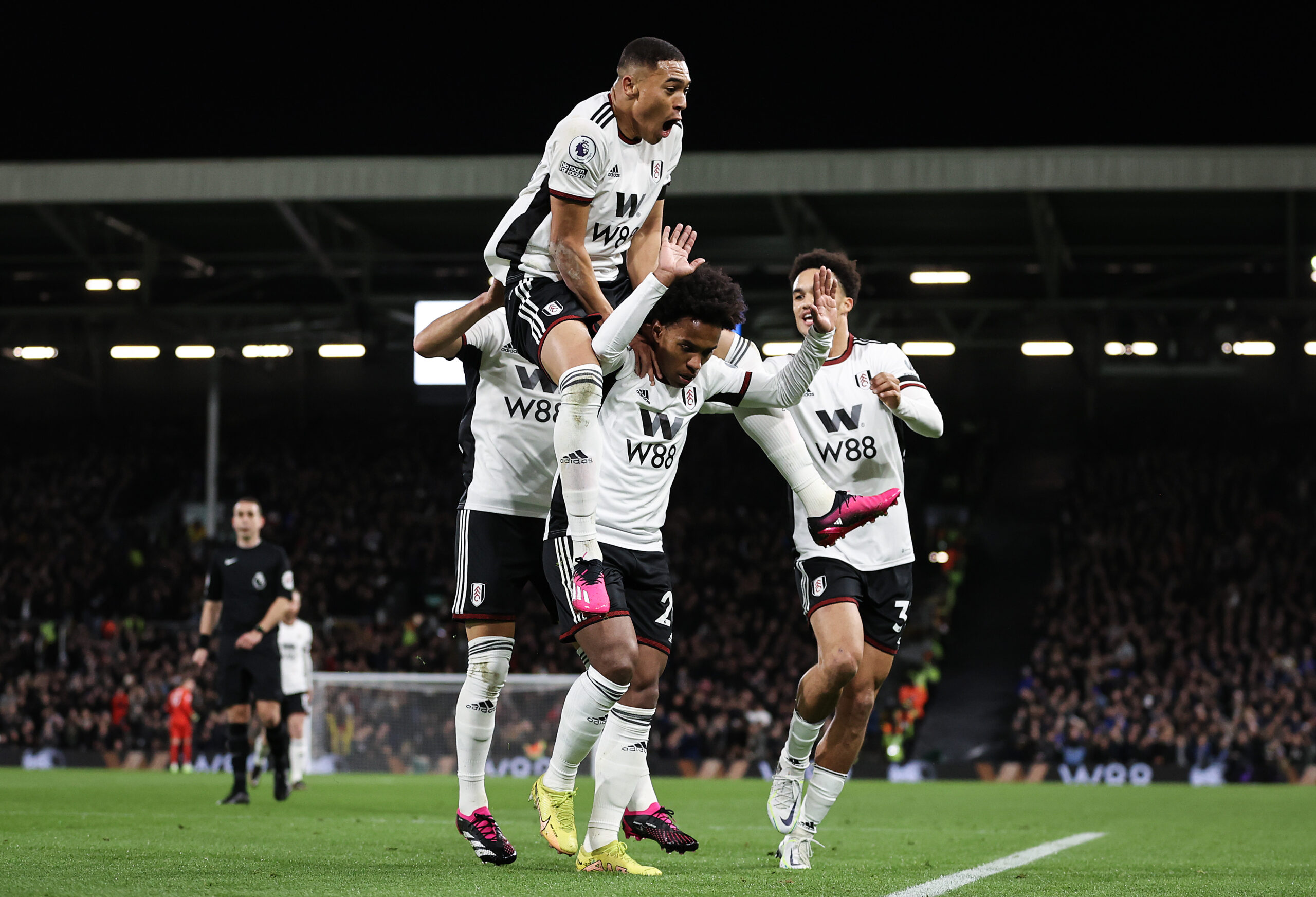 Fulham will continue their European dream with a trip to St James’ Park on Sunday afternoon, where they will take on Eddie Howe’s relentless Newcastle United side.

The Magpies only recorded their first win in four games across all competitions when they swatted aside Leicester City 2-0 in the Carabao Cup on Tuesday in response to being knocked out of the FA Cup by Sheffield Wednesday.

They played out goalless draws in the other two games in that run – one against Leeds United and the other that saw them avoid defeat against Premier League pacesetters Arsenal.

Newcastle are still the feel-good story of this campaign. Although it was expected as the Tyneside club are now backed by Saudi cash.

However, the Magpies are yet to dig deep into the new owners’ bottomless barrel of wealth, yet they have lost just one league game all season.

The Magpies sit third on the table, level on points with fourth-placed Manchester United and four points behind reigning champions Manchester City although they have played one more game than the other top-four teams.

The strength of their European ambitions will be tested when they face Fulham, who also have a place in at least one of Europe’s competitions in their sights after a perfect post-World Cup run.

The Cottagers are currently in sixth place in the league and have consistently punched above their weight this season.

Their stunning 2-1 victory over west London neighbours Chelsea on Thursday night was a new high in what has been an exceptional campaign from Marco Silva’s side.

Having won four games on the bounce in all competitions pre-Chelsea, a goal from former Blue Willian and Carlos Vinicius’ debut strike for the Cottagers sandwiched between a Kalidou Koulibaly goal ensured Fulham made it five in five heading into Newcastle.

Fulham only returned to top-flight football this season after finishing first in the Championship. But a win over Newcastle would be monumental in boosting their hopes of going directly from promotion to a place in Europe.

The Cottagers were reduced to ten men early on when both sides met in the reverse fixture at Craven Cottage before Newcastle ran out 4-1 winners.

They could not have had a better preparation for a chance at vengeance than winning five games on the spin. Star striker Aleksandar Mitrovic will also return to the fold for the fiery showdown having served his suspension by sitting out the west London derby.

Newcastle were relentless in the reverse fixture, and despite having the spare man advantage for most of that contest, there is no reason to believe they cannot replicate that performance.

Newcastle are unbeaten in their last 13 league games (W8, D5). The last time they enjoyed a longer unbeaten streak in the league was a run of 14 games between May and November 2011 when Alan Pardew was manager.

Eddie Howe could also be only the second English manager this century to go 14+ Premier League games without defeat after Pardew if his side shuts down Fulham’s revenge mission.

Newcastle could also keep five clean sheets in a row for the first time in their top-flight history. The last time they achieved such a feat was in the Championship between August and September 2009.

Fulham are in the form of their top-flight life, which presents a decent opportunity to snap their unwanted winless away streak against Sunday’s opponents.

The Cottagers have not beaten Newcastle at St. James’ Park in their last six league meetings against (D3, L3) since a 1-0 victory in May 2009. Their last two visits have finished level.

After beating Crystal Palace and Leicester in their last two away league games, another victory could also see them win three away games on the bounce for the first time since April/May 2008.

They won those two games while keeping a clean sheet, but they have never won three top-flight away games in a row without conceding.

Newcastle United vs Fulham, alongside all other fixtures in England’s top flight, is available to watch online via live Premier League streams.

Both sides are expected to have a go at this with every chance of walking away with something, but results between these two have gone Newcastle’s way this season.

However, Fulham cannot be written off as their exceptional form has prepared them for a revenge mission as well as one to boost their European credentials post-promotion.

The reverse fixture served goals, so while we expect that to also play a part here, we also expect Newcastle to get a third one over the Cottagers, who will undoubtedly put in an adventurous performance.