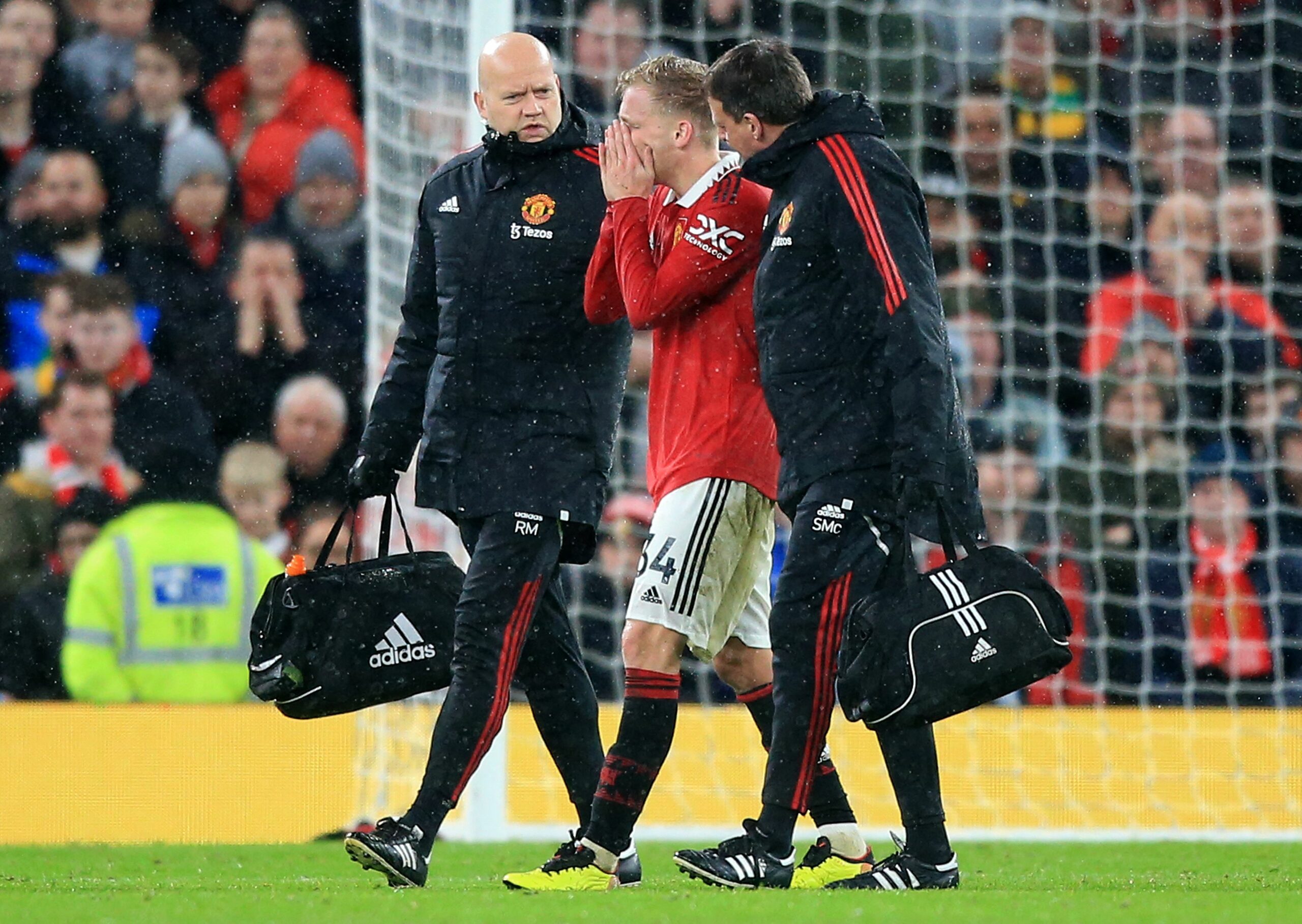 Manchester United midfielder Donny van de Beek will miss the rest of the 2022/23 season with a knee injury.

Marcos Senesi went in with a tackle against the Dutch international but slipped and caused a horrific injury. Van de Beek limped off the pitch in tears and will be out of action for the rest of the campaign.

Erik Ten Hag implied that the player would miss six months of action. He will return for the club’s pre-season preparations ahead of next season.

“The rest of the season he is out,” Ten Hag said in his press conference ahead of the Manchester derby this weekend (via The Daily Mail).

“In the long-term, it is looking really good – he will be back for the start of pre-season.

“I think everyone’s thoughts are with him. It is terrible when you are in a season and you get a bad injury. It is always really disappointing and our thoughts and feelings are with the player.

“You express that. Our group did that really well and we are now happy his knee in the long term is good. In the same moments, mixed feelings and disappointment that he is out of this season.”

Van de Beek’s time in Manchester has been disappointing, and this injury only compounds his misery.

The 25-year-old has struggled for playing time since arriving at the club in 2020. He struggled to nail down a position in Ole Gunnar Solskjaer’s side.

Van de Beek joined Everton on loan a year ago, but he struggled for game time and failed to impress when he got the chance.

He returned to United this summer, and there was a hint of light at the end of the tunnel. Ten Hag, his former boss from Ajax, was now in charge of the club.

It did not help. Ten Hag has barely used his former star. The player will now spend this season recovering before considering a loan next summer to get some games under his belt.