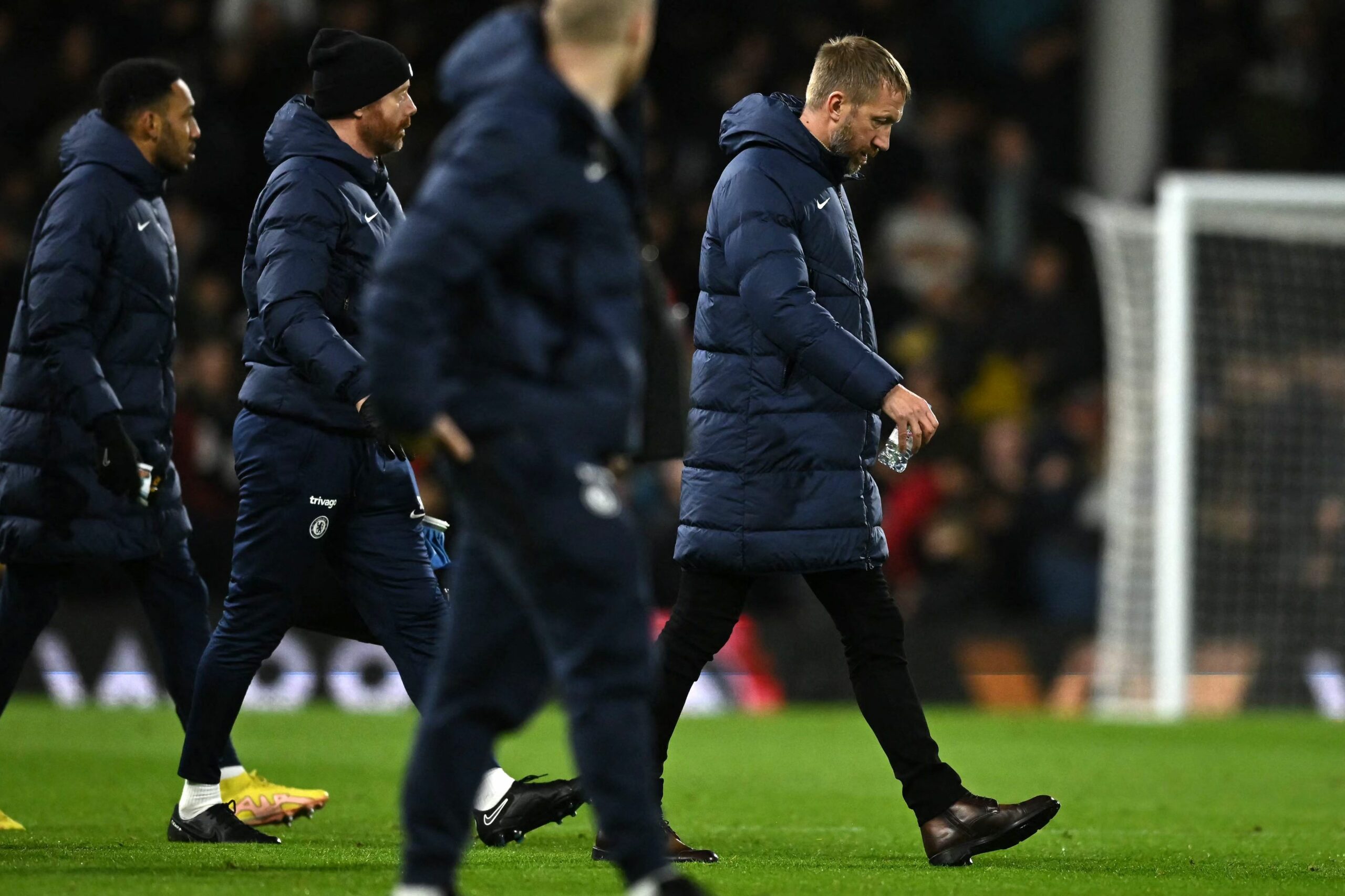 Graham Potter’s dysfunctional Chelsea side will hope to flip their fortunes when they play hosts to Crystal Palace at Stamford Bridge in Sunday afternoon’s London derby showdown.

After one win in their last nine games across all competitions, Potter’s five-year contract must seem like a lifetime to a section of the Chelsea faithful who want him out just four months after he took the job.

However, the new owners are in no mood to pick up where the old regime left off in terms of changing managers at every bad turn despite laying off former head coach Thomas Tuchel just months after taking over.

While there are several reasons attached to Chelsea’s terrible form, Potter is keen on proving his credentials, insisting that he has what it takes to bring the club back to its high standards, especially with Todd Boehly’s backing.

The Blues were brought to a new low when they succumbed to a 2-1 defeat to west London neighbours Fulham at Craven Cottage.

A goal from former Blue Willian and Carlos Vinicius’ debut strike for the Cottagers sandwiched between a Kalidou Koulibaly goal ensured Fulham a league victory over Chelsea for the first time in 17 years.

To add insult to injury, new loan signing Joao Felix will now miss a month of action after his two-footed lunge on Kenny Tete resulted in a straight red card.

At this point, finishing in the European places would be a job well done by Potter and the Blues, but they need a win to kickstart whatever comeback they have planned.

However, Palace may have something to say about that as they desperately need a positive result.

It took a last-minute Conor Gallagher stunner at Selhurst Park in the reverse fixture to snatch all three points for Potter’s side in his debut Premier League game as Blues’ boss.

Palace are not exactly in a rosy place at the moment in terms of form, so they will relish their chance at victory against a fragile Chelsea side on Sunday.

The Eagles have posted just one win in their last six games across all competitions, and being dumped out of the FA Cup by Southampton was another hard pill to swallow.

Odsonne Edouard had set Palace on their way inside the first quarter-hour. However, a misconstrued James Ward-Prowse free-kick, along with Vincente Guaita’s howler that allowed Adam Armstrong to slot into an empty net, was enough for Southampton to go through.

A positive result against Chelsea will boost Palace’s confidence, especially going into a fixture run that has a meeting with Newcastle United and a double date with the in-form Manchester United in store for them.

Chelsea will be looking to extend their record of ten successive wins against Palace when both sides lock horns this weekend.

After their 1-0 defeat to Arsenal back in November, Potter could become the first Chelsea manager to lose his first two home London derbies since Tommy Docherty, who lost his first three in the 1961-62 campaign.

Potter has also never won a home match against Crystal Palace in his managerial career. He has drawn one and lost three of four previous meetings with the Eagles – a run that stretches back to his time in charge of Swansea.

Chelsea are the only Premier League team yet to concede a goal in the first half of a league game on home territory this season.

The Blues have not conceded in the opening phase of any of their last nine league games at the Bridge stretching back to last season, their longest such run since March 2013 (ten in a row).

Palace have conceded at least once in each of their last 17 league meetings with Chelsea – an unwanted run that is only bettered by their current conceding streak of 19 games against Liverpool.

Palace also have the worst losing rate in league London derbies thus far (4). They have also picked up fewer points (4) than any other team in the capital this season.

They won their last away derby match 2-1 against West Ham United last November. However, the last time they recorded consecutive away top-flight London derbies victories was in November 1997 (three in a row).

Palace have lost three of their last four league games (W1), as many as they had in their previous 12 (W5, D4). They only conceded once before half-time in those four games, but they have shipped in seven goals after the break.

Chelsea vs Crystal Palace, alongside all other fixtures in England’s top flight, is available to watch online via live Premier League streams.

If history is anything to go by, a winner should emerge from this contest as has been the case in the last 23 meetings between these two sides.

Chelsea have won 19 of those. However, with both teams coming into this tie on the back of awful form and desperately needing a win, they may have to settle for a hard-fought draw.