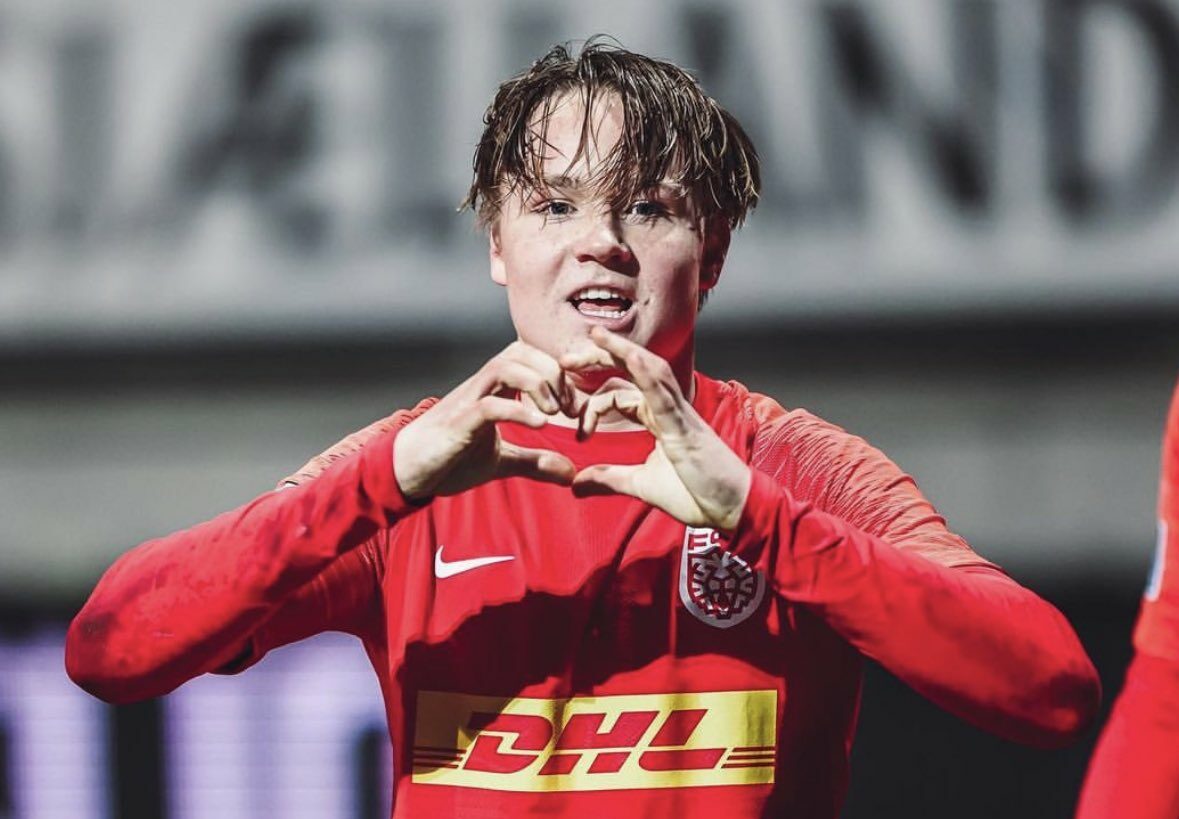 Benfica have completed the signing of Norwegian wonderkid Andreas Schjeldrup from Danish Superliga club Nordsjælland, according to Fabrizio Romano.

The 18-year-old is one of Norway’s most exciting young midfielders and has accumulated over 50 appearances for Nordsjaelland since arriving from Bodo/Glimt in July 2020.

Schjeldrup initially joined Nordsjaelland’s youth set-up, dazzling with outstanding performances that saw him rack up eight goals and an assist in 11 appearances.

After performing beyond expectations, it did not take long for the teenager to make his debut for the senior team, where he scored 17 goals and provided five assists in 56 games.

Benfica have moved swiftly to snap him up from the clutches of several European clubs, including Liverpool, who were also keen on the young sensation.

The Reds were reportedly extremely interested in the teenager and even held concrete negotiations to take him to Anfield.

While Schjeldrup was tempted by the possibility of joining the Premier League giants, being a confessed Liverpool fan, he ultimately chose Benfica as they will offer him a better platform to continue his development.

The Portuguese club will fork out €14 million for Schjeldrup. Nordsjælland also ensured they are entitled to 20% on any future sale of the player.

Upon completion of the transfer, the youngster often likened to Arsenal’s midfield orchestrator Martin Odegaard, will become the second most expensive Norwegian teenager in history after Erling Braut Haaland.

The Manchester City goal machine was 19 years old when he joined Borussia Dortmund from Red Bull Salzburg in a £17m deal three years ago.

Benfica, who are currently six points clear at the top of the Portuguese league table, have a reputation for developing young players before selling them for huge profits.

Enzo Fernandez, Darwin Nunez, Ruben Dias and Victor Lindelof have all flourished at Benfica over the years before completing big-money moves to their current employers.

Speaking of Fernandez, Benfica will face a fight to keep the Argentine for much longer as several clubs are lining up for his signature, especially after helping his country to the World Cup trophy with his stellar performances.

Chelsea are leading the chasing pack and have come the closest to signing Fernandez, although talks have slowed recently, with Benfica insisting only a fee that triggers his release clause will force them into a sale.

Benfica are already planning for the future and have possibly just secured the next best thing in world football for a fraction of what they might get in return for him if he continues his development.

If Schjeldrup’s ratings on the popular Football Manager game are anything to go by, it will not take long before the European heavy spenders come knocking on Benfica’s door for the midfielder.