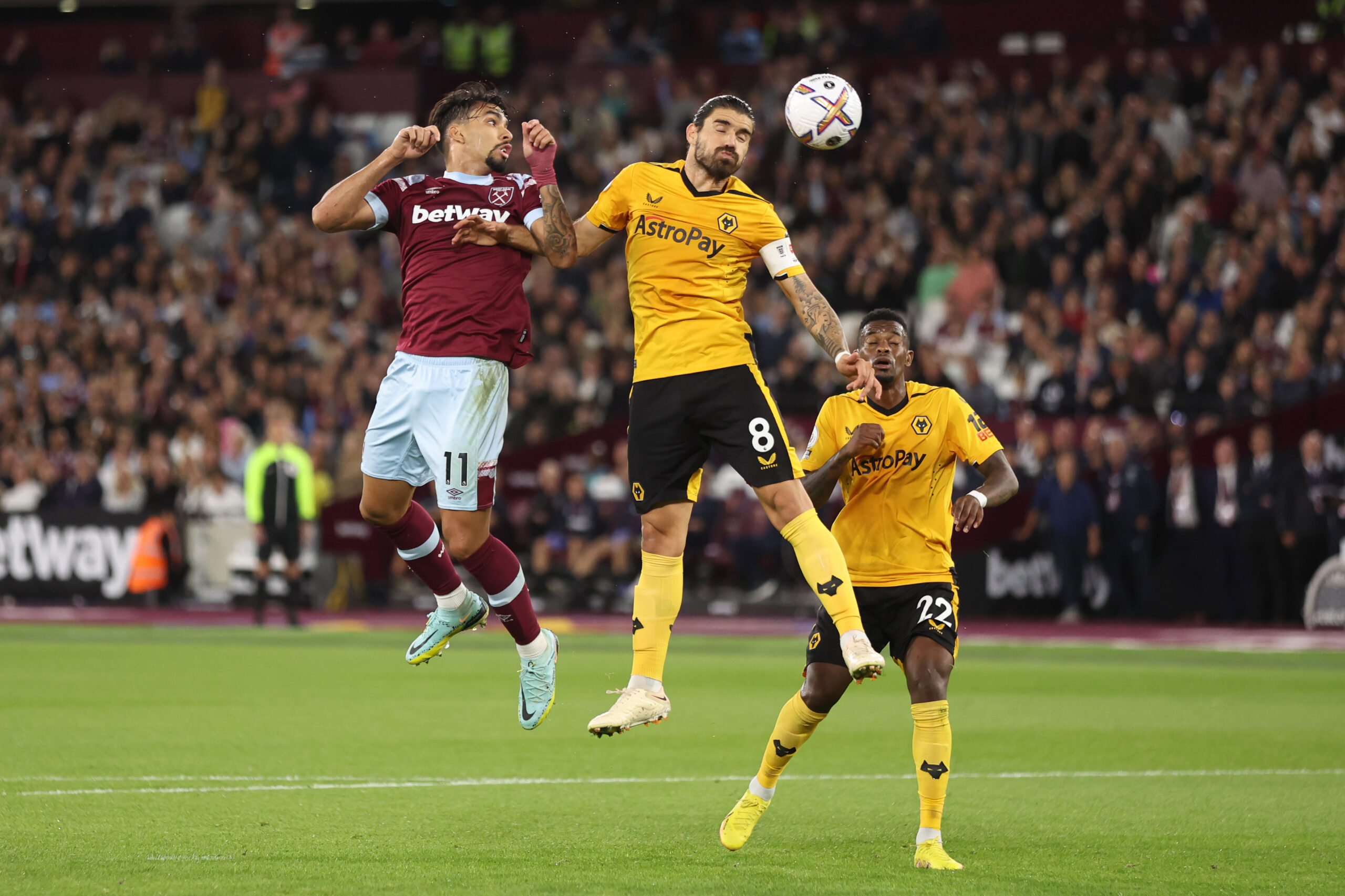 A battle of relegation candidates is on as Wolverhampton Wanderers and West Ham United lock horns in a high-stakes Premier League fixture on Saturday.

Stuck in the drop zone, one point adrift of safety, Wolves welcome the 17th-placed Hammers to Molineux, looking to take all three points and their visitors’ place in the standings.

Julen Lopetegui’s task of reviving Wolves following a dreadful season start under Bruno Lage has been off to a mixed three-game league start (W1, D1, L1).

However, the hosts have showcased their fighting spirit during the Spaniard’s early reign, most recently witnessed by a come-from-behind 2-2 draw at Liverpool in last weekend’s FA Cup action.

Unlike Wolves, West Ham’s bid to get their embarrassing Premier League campaign back on track has never gathered momentum, though they returned to winning ways last week with a 1-0 FA Cup win at Brentford.

Despite halting the Hammers’ dreadful run of five consecutive league defeats with an action-packed 2-2 tie at Leeds United last time out, David Moyes has emerged as a popular pick in the ‘sack race.’

Moyes’ desperate hope to avoid a dismissal may only add to this match’s billing as a ‘relegation six-pointer,’ with fans and pundits growing vocal about the Englishman’s imminent departure.

Lopetegui got his managerial tenure in the Premier League off to a flyer, guiding Wolves to a 2-1 triumph at fellow relegation adversaries Everton but has since gone winless in successive league games (D1, L1).

The Spaniard’s next assignment is to arrest his team’s underwhelming four-match losing home run in the Premier League, accounting for their longest streak of top-flight home losses since 2012.

However, since both Wolves’ league wins this season have come at the expense of sides starting the matchday inside the bottom six, expectations remain high in the home camp.

West Ham have developed a habit of gifting points away on their Premier League travels, with no side racking up fewer league points on the road than them this season (five – W1, D2, L6).

Since narrowly beating Aston Villa 1-0 in late August, the Irons have gone winless on seven consecutive top-flight road trips (D2, L5) and could make it eight in a row without winning for the first time in five years.

If they’re to avoid that scenario, Moyes’ men must address the defensive woes that have seen them concede two or more goals in their last five league outings, their worst run since April 2019.

Wolves vs West Ham, alongside all other fixtures in England’s top flight, is available to watch online via live Premier League streams.

While a draw wouldn’t benefit either side, a loss would be a catastrophe, especially for West Ham, whose manager Moyes is walking a tightrope.

We expect both teams to take a cautious approach and prioritise defending their goal over scoring. That may lead to an uneventful draw.