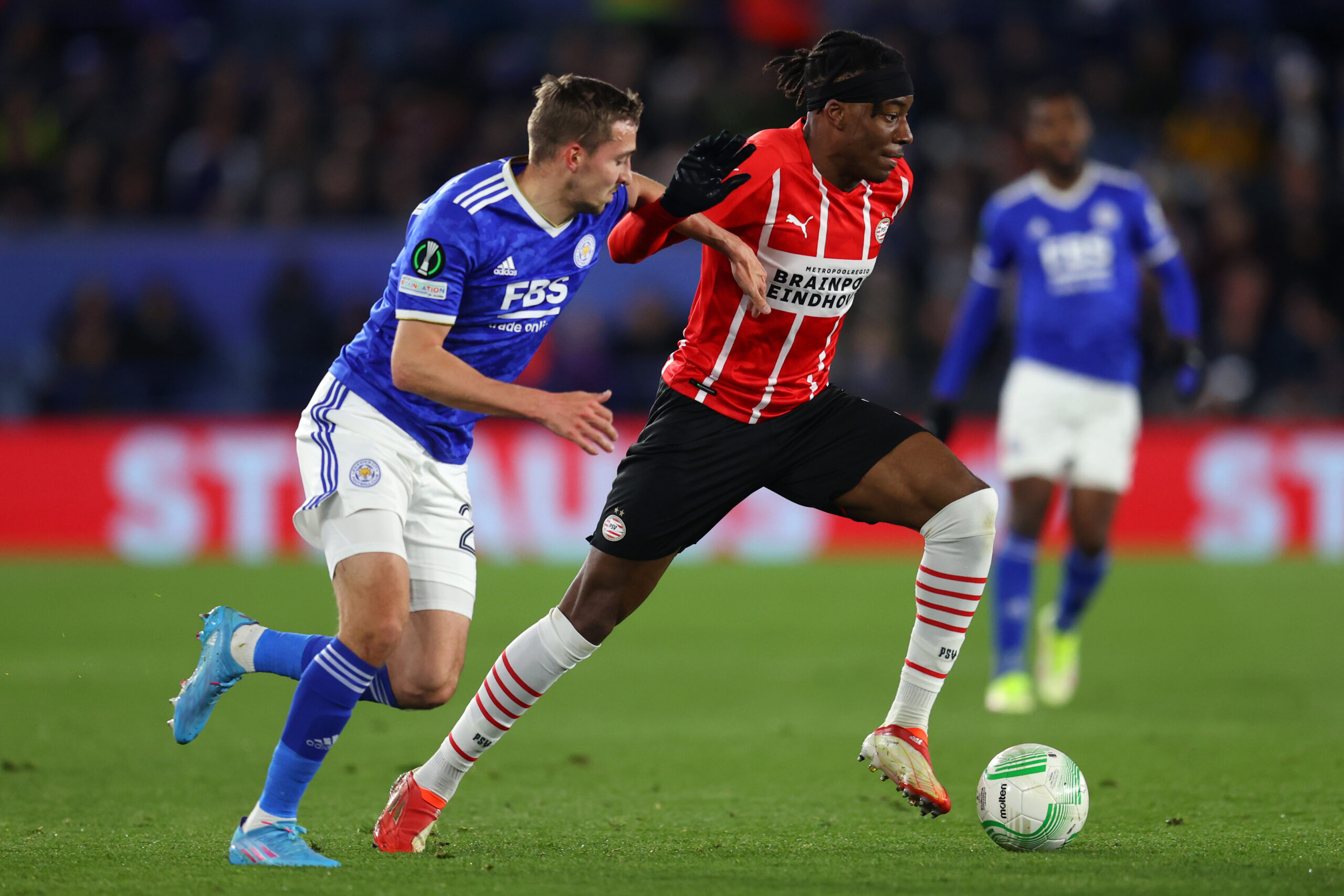 Chelsea are reportedly interested in signing PSV Eindhoven winger Noni Madueke but could miss out due to Cody Gakpo’s move to Liverpool.

Reputed journalist Fabrizio Romano has claimed the Blues are admirers of the English footballer.

However, the Dutch outfit have already sold Gakpo this winter and are reluctant to lose another important player.

PSV’s asking price would likely be around €35 million, but sealing a deal will be complicated even if Chelsea meet the valuation.

Madueke had a spell at Tottenham Hotspur as a youngster before moving to the Netherlands in 2018.

He has been impressive at PSV, making 79 appearances for the club.

Chelsea in the midst of a busy January transfer window

The Blues have struggled in the Premier League this season. They are 10th in the table, with just 25 points from 17 matches.

Chelsea’s situation is shocking considering they spent a club record £273 million (including add-ons) in the summer transfer window.

Despite their spending splurge, the Blues have also been very active in the January transfer window.

They have already signed Benoit Badiashile, Andrey Santos and David Datro Fofana, while Joao Felix is close to a loan move.