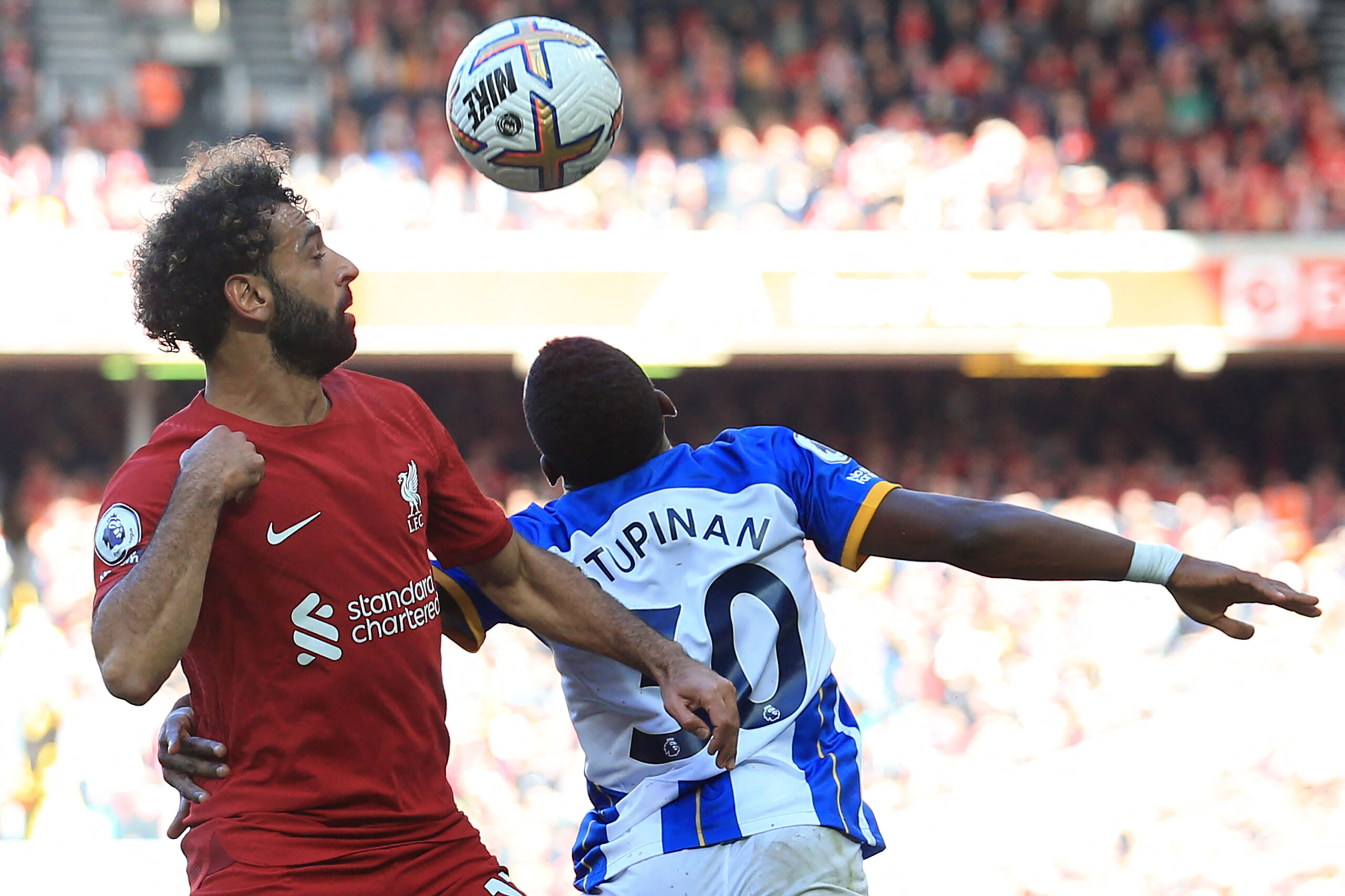 Liverpool’s bid to insert themselves in the Premier League top-four race faces a stern challenge on Saturday as they take on Brighton & Hove Albion at the Amex Stadium.

Brighton’s start to the new calendar year has been nothing short of extraordinary, with Roberto De Zerbi’s men following up a 4-1 routing of Everton with an overwhelming 5-1 FA Cup win over Middlesbrough.

After putting the Toffees to the sword at Goodison Park in their 2023 Premier League curtain-raiser, the Seagulls could open the calendar year with two consecutive league wins for the first time since 2013.

They have already proved more than capable of performing well against Everton’s fellow Merseyside rivals, holding Liverpool to a remarkable 3-3 draw at Anfield on De Zerbi’s touchline debut in October.

However, barring that result, the Italian manager’s tenure was off to an otherwise sluggish five-game start (D2, L3), though after winning four of his last six Premier League matches (L2), he’s on his way to winning over the Brighton faithful.

By contrast, Jurgen Klopp seems to be losing his votes in the Anfield council following the Reds’ abysmal form at the start of 2023, featuring a 3-1 league demolition at Brentford and a 2-2 FA Cup draw with Wolverhampton Wanderers.

Faced with the prospect of launching a calendar year with back-to-back Premier League defeats for the first time since 1993, the Reds take this trip without their talismanic captain Virgil van Dijk.

But the Dutchman’s injury may not necessarily be a bad omen for Liverpool, considering they went unbeaten in the last 14 league outings he’s failed to start (W11, D3).

Brighton’s stunning haul of 32 goals from 17 Premier League matches in 2022/23 perhaps best illustrates their notable improvement considering they had only 16 goals to their name at this stage in 2021/22.

Despite the Seagulls’ free-scoring form, De Zerbi wouldn’t mind a bit more consistency from his team after they’ve alternated between winning and losing across their last five league games (W3, L2).

Liverpool’s visit to the Amex won’t aid their cause, given that Brighton are still waiting for their first-ever Premier League home victory against the Reds (D1, L4).

Losing on Saturday would see Liverpool fall behind their hosts in the Premier League table but, more importantly, fail to reduce a substantial seven-point deficit on fourth-placed Manchester United.

Having already lost 50% of their Premier League away fixtures this season (W2, D2, L4), the Reds’ chances of embarking on a travelling resurgence this weekend look bleak.

Klopp’s side have racked up only 28.6% of their top-flight points on the road in 2022/23 (8/28), accounting for the lowest ratio between home and away points in the league.

Brighton vs Liverpool, alongside all other fixtures in England’s top flight, is available to watch online via live Premier League streams.

Historical results at Brighton may not count for much given the Seagulls’ European-worthy exploits in 2022/23, and more so thanks to Liverpool’s woeful form.

While we wouldn’t dare to back the hosts with certainty, we wouldn’t be surprised to see them halt their Premier League home duck against the out-of-sorts Reds.

But what we’re certain of is that the Amex crowd will likely enjoy a goal feast.