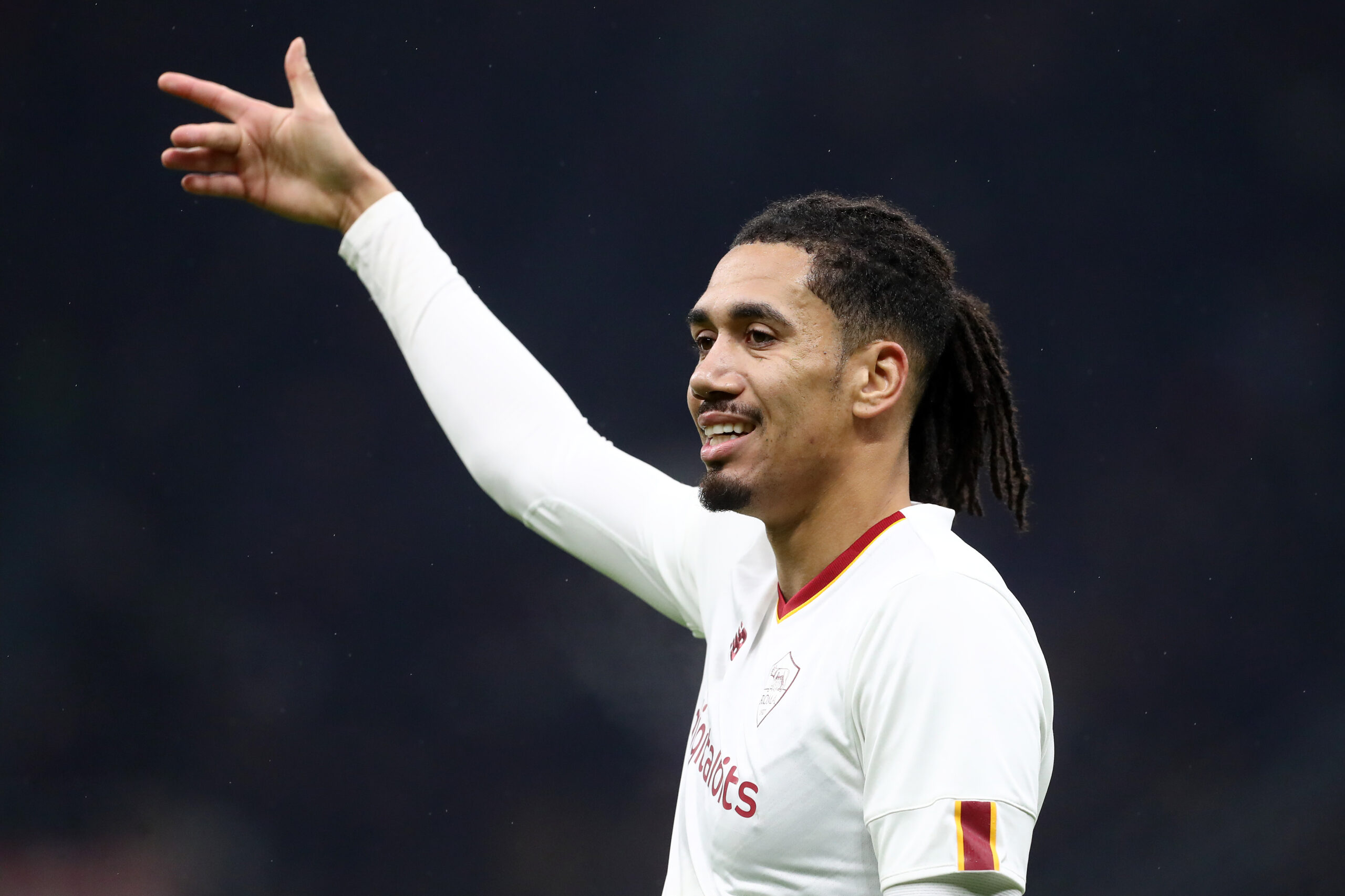 AS Roma have moved to tie defender Chris Smalling to a new deal amid interest from Serie A rivals Inter Milan, according to Calciomercato.

Smalling’s contract with the Giallorossi runs out at the end of the season, and Inter were planning to snap him up as a free agent.

The Nerazzurri are in the middle of a defensive crisis with Milan Skriniar and Stefan de Vrij out of contract next summer and yet to sign new deals.

The club already have contract extension offers on the table for both players, but they are not eager to sign, especially with interest being shown abroad.

Inter’s financial situation limits them from offering an amount that could convince both players to stay.

Roma have offered the former Manchester United defender a new deal to keep him at the Stadio Olimpico and fend off Inter’s interest.

They are offering the 33-year-old a new two-year contract with a salary increase reaching around €4.5 million.

There is an extension clause in Smalling’s contract that can be triggered when he plays at least half of the games available this season. But the final decision to extend the contract still rests with the player.

Renewal talks will continue after the winter transfer window, but the report suggests Smalling is happy with the offer and will likely sign on the dotted line.

However, Smalling is still keeping his options open as a move to the Premier League will be appealing to him at this stage of his career.

He is considering finishing his career in England with his family keen on returning to home soil. But there is no concrete interest in the player from England for now.

Roma are happy with Smalling’s impact at Stadio Olimpico in recent seasons, and they cite him as an integral part of their squad.

Since leaving United in 2019, he has made 119 appearances in all competitions for the Italian capital club, bagging ten goals and four assists.