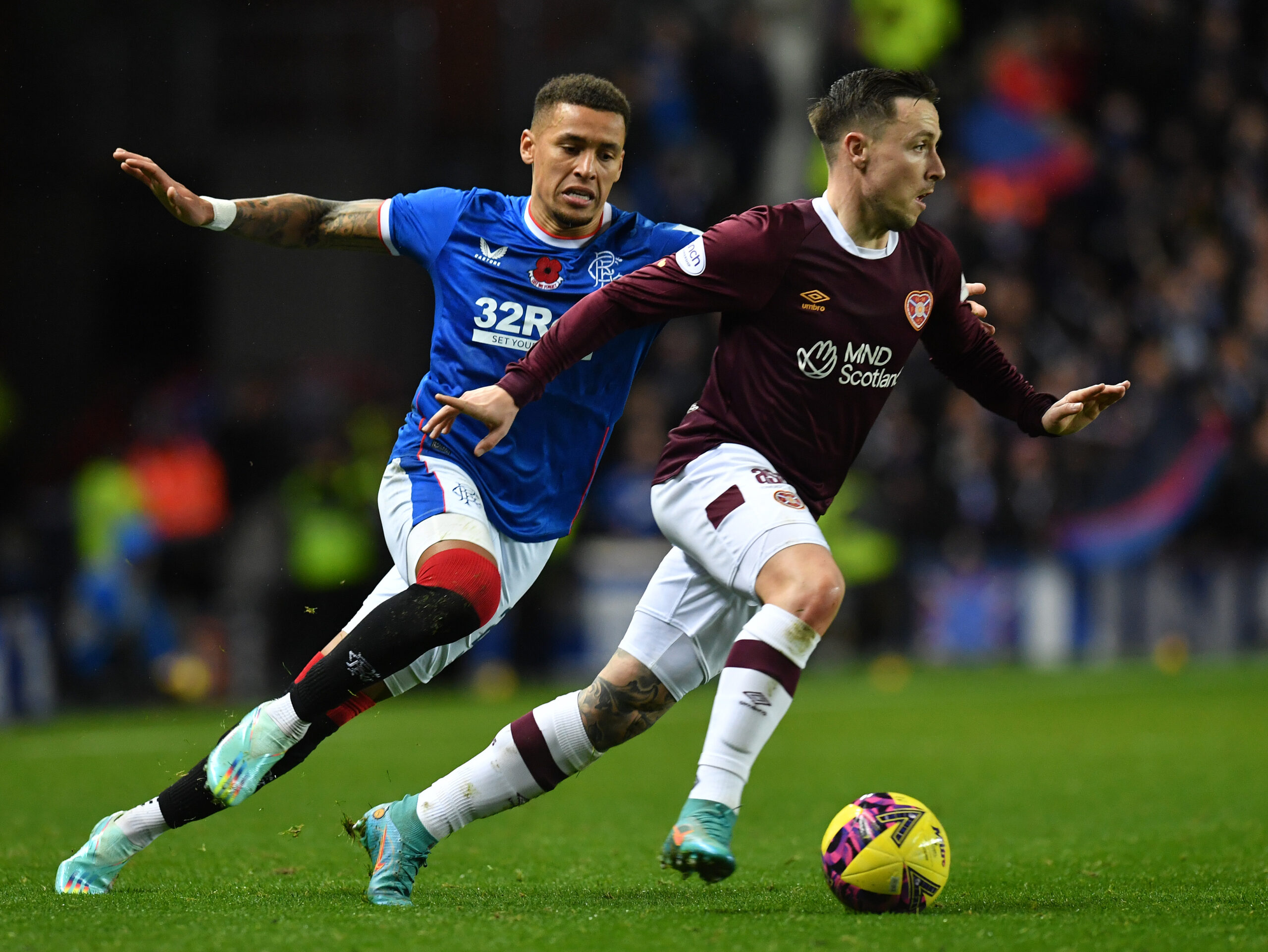 Analysis published by Swiss Ramble painted a bleak picture for anyone hoping the Old Firm’s dominance could be broken.

However, the figure was dwarfed by Celtic and Rangers, who recorded collective revenues of £175m during the same period.

Broadcasting revenue played a significant role in creating the disparity, with the £3.6m earned by Hearts put into the shade by the big two.

Rangers (£24.5m) and Celtic (£13.3m) had their broadcast figures boosted by income from European competitions, putting them ahead of their rivals in the financial stakes.

Hearts were ‘best of the rest’ in the Scottish Premiership last season but still finished a whopping 32 points behind champions Celtic.

They benefit from the support of benefactors such as Edinburgh philanthropist James Anderson, who was appointed to the board of directors in July 2021.

While this gives them an advantage over other top-flight clubs in Scotland, it barely causes a ripple compared to the Old Firm’s revenues.

Hearts’ match day revenue was the third highest in Scotland at £5.2m, way below Celtic’s £43m and Rangers’ £42m.

Their £6m commercial income was blown out of the water by the collective £52.3m generated by Celtic and Rangers, further highlighting the challenges they face.

Despite this, the lack of parity between the haves and have-nots in Scotland does neither side of the equation any favours.

However you flower it up, a competition that is guaranteed to be a two-horse race each year is dull unless you follow Celtic or Rangers.

The inequality generally does little to help the big two in Europe, with Rangers’ run to the 2021/22 Europa League final the exception rather than the norm.

Unfortunately, there does not appear to be an easy solution to the financial conundrum faced by the Scottish Premiership.

On that basis, it is difficult to imagine Scotland shaking off its status as a footballing backwater for the foreseeable future.