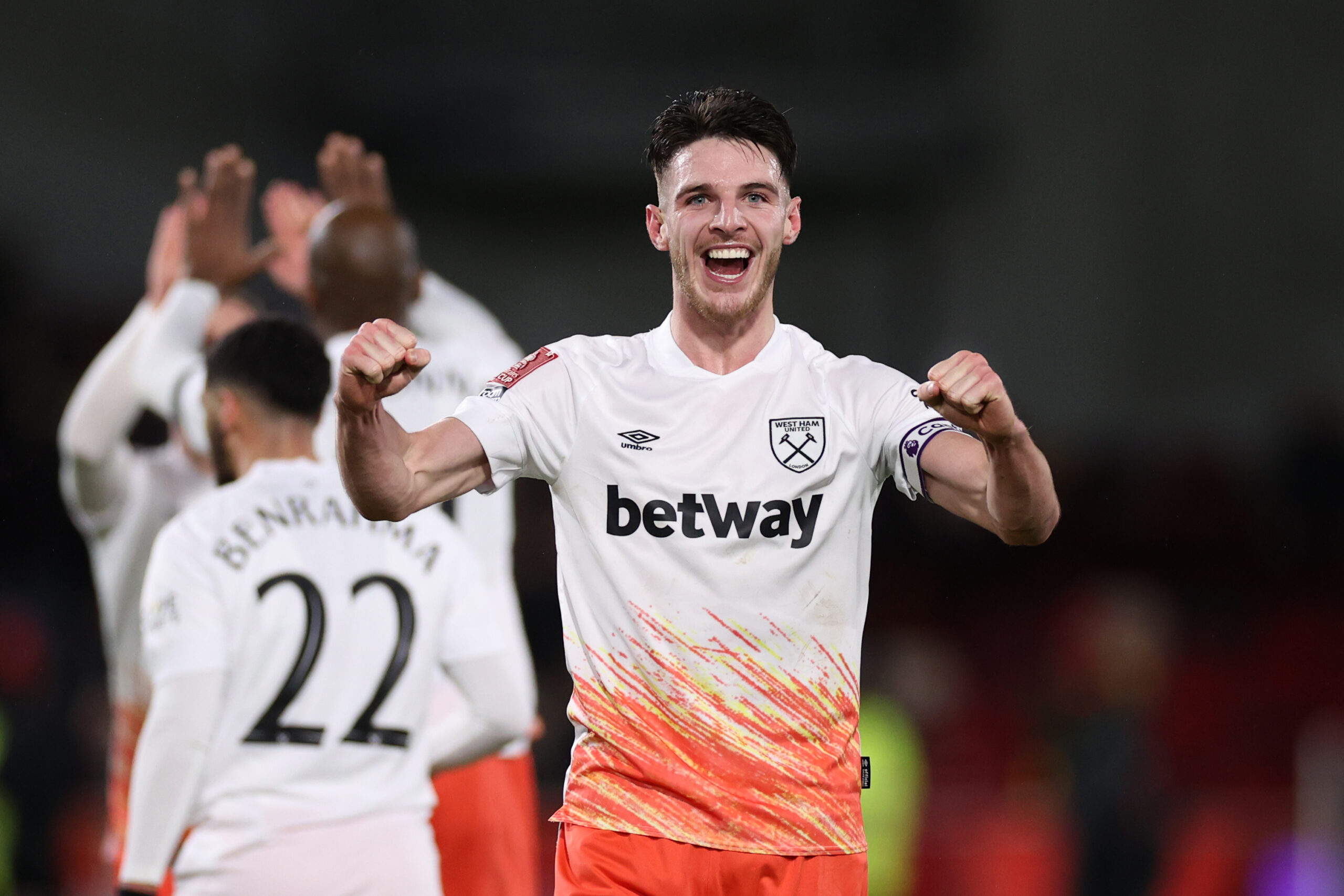 The England international is regarded as one of the best midfielders in the Premier League and has been touted to leave the Hammers at the end of the season.

The Blues are deemed favourites to sign him as he was previously in their academy, but Petit believes the 23-year-old should move to the Gunners instead this summer.

The north London giants are flourishing at the top of the Premier League at the moment, and Petit feels Rice would be the perfect option for his former employers.

He told Compare.bet: “I know that Chelsea wants him, but if I were Declan Rice, I wouldn’t go to Chelsea, I would go to Arsenal.”

“The two clubs are going in different directions and the way Arsenal is playing. He would be the perfect option for Arsenal.”

Meanwhile, Petit also praised Arsenal captain Martin Odegaard by saying that he has had the same impact as Manchester City’s Kevin De Bruyne with his performances this campaign.

The Norwegian is not the most vocal player on the field, but has led by example with stand-out displays. Petit highlighted the same and compared him to the legendary Dennis Bergkamp.

He added: “For me, actually, I would say Odegaard has the same impact as Kevin De Bruyne at Manchester City. Every time Odegaard is playing well on the pitch, most of the time Arsenal wins the game.”

In the past few days, there has been a lot of talk about Arsenal’s interest in Shakhtar Donetsk winger Mykhaylo Mudryk. The Gunners are currently in advanced talks to secure his services.

However, Petit has warned his former club over entering into a bidding war with rivals Chelsea for him and feels they should target Newcastle United’s Allan Saint-Maximin as the alternative.

He said: “We all know the qualities of Saint-Maximin, and he’s still on my mind all the time. If he’s in a good system with good players, he can still improve a lot. So for me, Saint-Maximin would be a good option if Arsenal can’t buy Mudryk.”

Arsenal have had a good first half in the Premier League and are deservedly top of the table with a five-point lead over City. They must strengthen this month to stay in the title race.

A new wide player seems to be the top priority for the January transfer window, but a striker could also be pursued with Gabriel Jesus out for another eight weeks after knee surgery.

Unlike last summer, a midfielder is not at the top of the priority list. The Gunners may ideally wait until the end of the season. Rice could be one of the names on their radar.

Champions League football could be key to landing the England international ahead of Chelsea, who have had a poor league season so far and are already 10 points adrift of the top four.