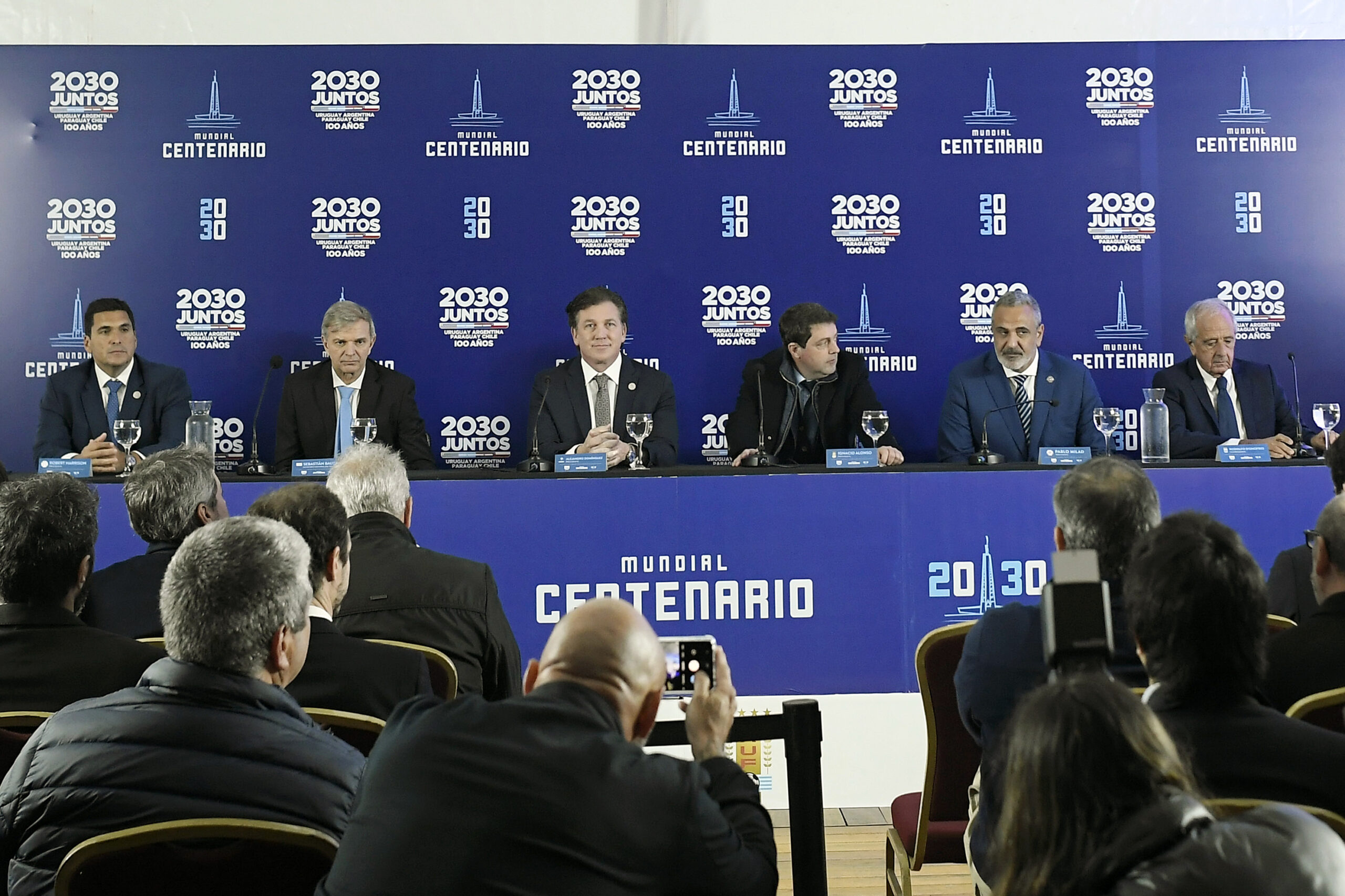 According to journalist Tancredi Palmeri, the CONMEBOL quartet wants to stage the 100th anniversary of the prestigious international tournament.

Argentina and Uruguay initially led the bid, but Paraguay and Chile have since joined to set up a potential South American party.

They face competition from a joint European bid by Spain, Portugal and Ukraine, while a collaboration between Saudi Arabia, Egypt and Greece is also in the running.

However, the CONMEBOL bid could prove difficult to ignore, given the sentimental appeal of returning the World Cup to where it was born.

The first World Cup was staged in three stadiums in the Uruguayan capital of Montevideo and was eventually won by the host nation.

With Uruguay’s current infrastructure incapable of staging a 48-team World Cup, a joint bid with three other countries makes plenty of sense.

The appeal of celebrating the centenary could be strong and may well appeal to the decision-makers at FIFA, who will recognise the marketing possibilities.

Under normal circumstances, the bid would probably be a non-starter given that the United States, Mexico and Canada will host the 2026 tournament.

Asia and Africa may argue they are being neglected, while western Europe has not staged a World Cup since Germany 2006.

Finances will need to be taken into consideration for the CONMEBOL bid, particularly with the current economic uncertainty in South America.

While FIFA claimed the 2014 World Cup in Brazil was a financial success, you would be hard-pushed to argue the country enjoyed many long-term benefits.

Despite this, the romance of taking the World Cup back to its roots may well override any other factors when the decision is eventually made.