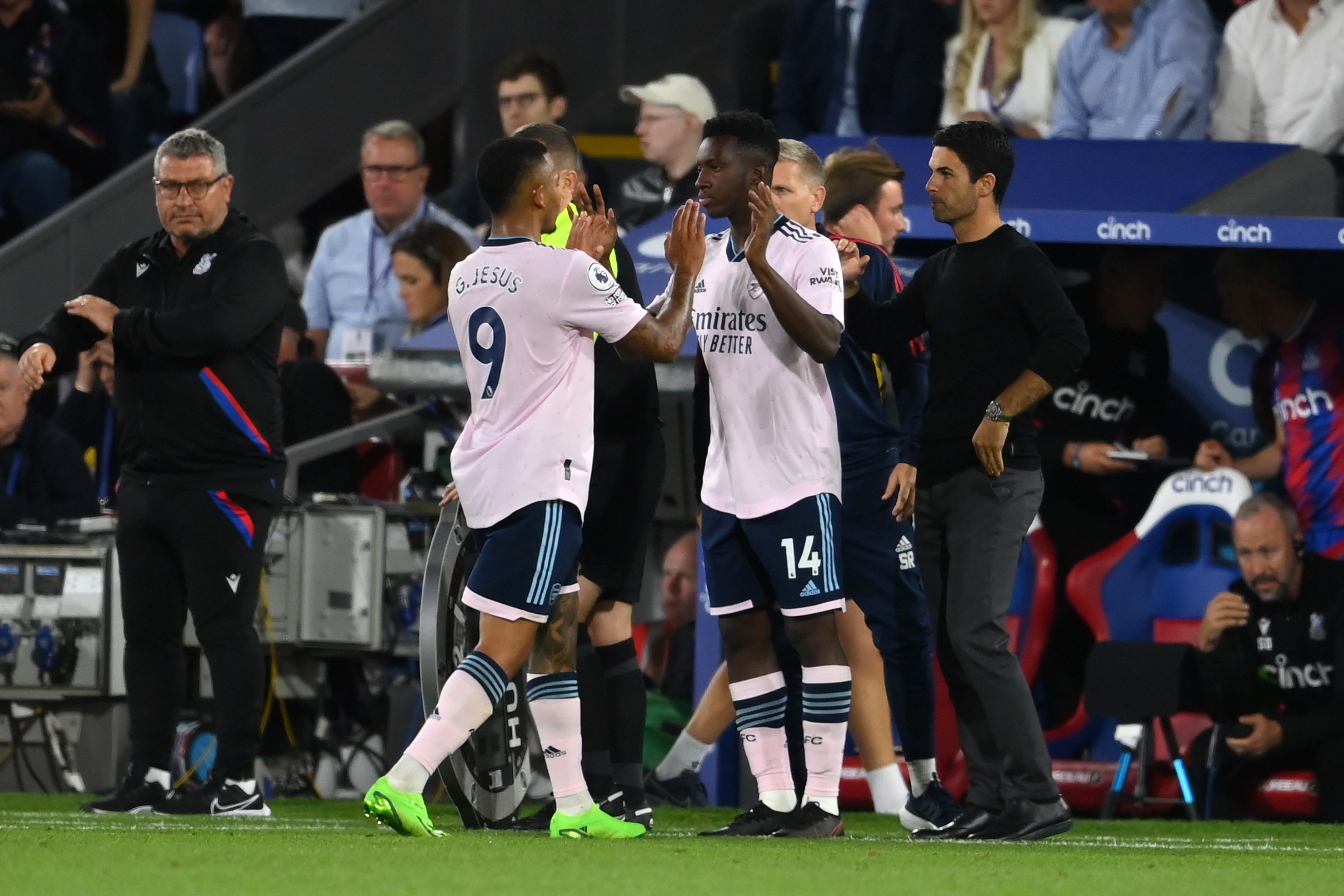 Arsenal legend David Seaman has urged the club not to sign a new striker this January or risk upsetting their current options.

The Gunners were planning to bolster their attacking options by bringing in a new forward after Gabriel Jesus picked up an injury while on international duty with Brazil.

The former Manchester City man is expected to miss at least three months of action as a specific recovery date is yet to be confirmed.

Arsenal have been strongly linked with moves for Shakhtar Donetsk forward Mykhalo Mudryk and Atletico Madrid’s Joao Felix to reinforce their forward line.

The north Londoners are close to completing the deal to sign Mudryk, but Felix looks set to join city rivals Chelsea on a simple loan deal.

Mikel Arteta has asked the club to bring in a striker before the current transfer window closes.

However, Seaman has urged them against the idea to avoid upsetting Edward Nketiah, who has been in fine goalscoring form in Jesus’ absence.

“The problem you’ve got is you don’t know how long Gabriel Jesus is going to be out for,” Seaman told talkSPORT. “If that is a shorter-term injury then no you don’t [need a replacement].

“If it’s longer term then you’ve got to think about it because you don’t want Jesus and Nketiah being back at full fitness, and then another striker is overload.

“Does that upset either striker? I’m sure it would upset Nketiah if he wasn’t getting game time. It is a difficult one, and it all depends on the injury status of Jesus – how long is he going to be out for?”

There were concerns that Nketiah would struggle to match Jesus’ impact in the team after the latter’s injury.

But the 23-year-old has taken his chance in the first team with some impressive displays for the Gunners post-World Cup.

He netted in consecutive games against West Ham United and Brighton & Hove Albion in the Premier League.

He then continued his fine form on Monday night, netting twice in Arsenal’s 3-0 win over Oxford United in the FA Cup, taking his tally to four goals in his last four appearances.

Nketiah will lead the line again when Arsenal visit Tottenham Hotspur in Sunday’s north London derby showdown, with the Gunners keen to maintain their lead at the top of the table.