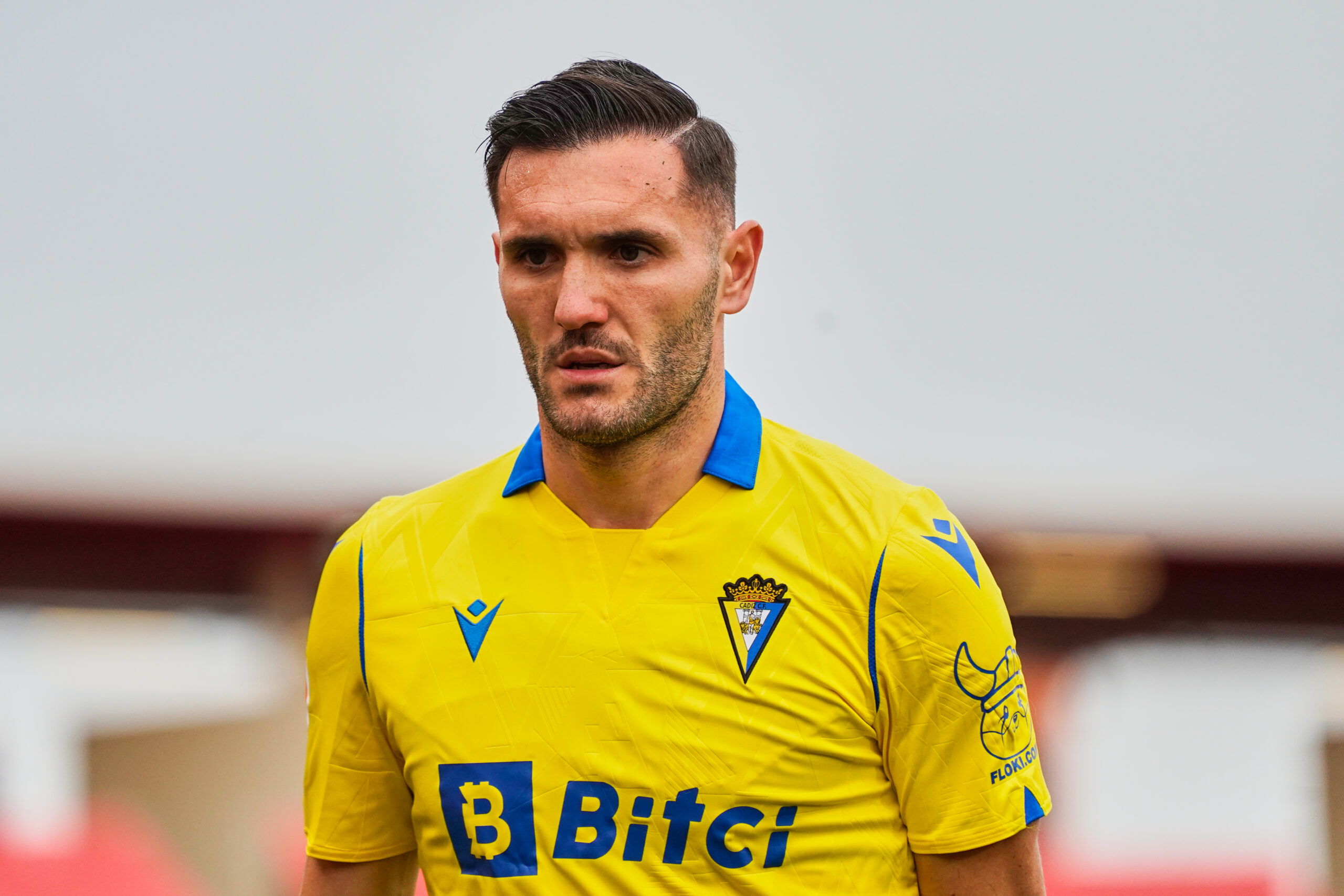 Former Arsenal player Lucas Perez rejoined his old club Deportivo La Coruna on Saturday after paying a part of his transfer fee by himself.

As reported by Spanish outlet AS, the 34-year-old was so desperate to reunite with his beloved La Caronua that he put money out of his own pocket to fund a segment of his transfer fee.

Perez was on Cadiz’s payroll from January 2021 until last weekend, when he decided to return to Riazor and try to help Los Blanquiazules navigate their way out of the Spanish third tier.

As an experienced journeyman, the versatile forward made a name for himself at La Coruna, where he rose to prominence between 2014 and 2016 before earning a high-profile switch to Arsenal.

He returned to the club on a season-long loan in 2017/18 but only to move on and sign a three-year contract with West Ham United the following summer.

Perez’s career has since been on a downward curve. He was a bit-part player at Deportivo Alaves and Elche before linking up with Cadiz in January 2021.

Tired of playing second fiddle at a downtrodden La Liga team, he has taken matters into his own hands as he couldn’t stomach La Coruna’s current struggles.

Delighted to welcome the prodigal son back home, Los Blanquiazules announced a statement on the club’s official website to give their supporters something to cheer about in these tumultuous times.

Oscar Cano’s men currently sit fourth in the league standings, only four points adrift of pacesetters Cordoba, with Perez expected to be the catalyst to bolster their promotion hopes.