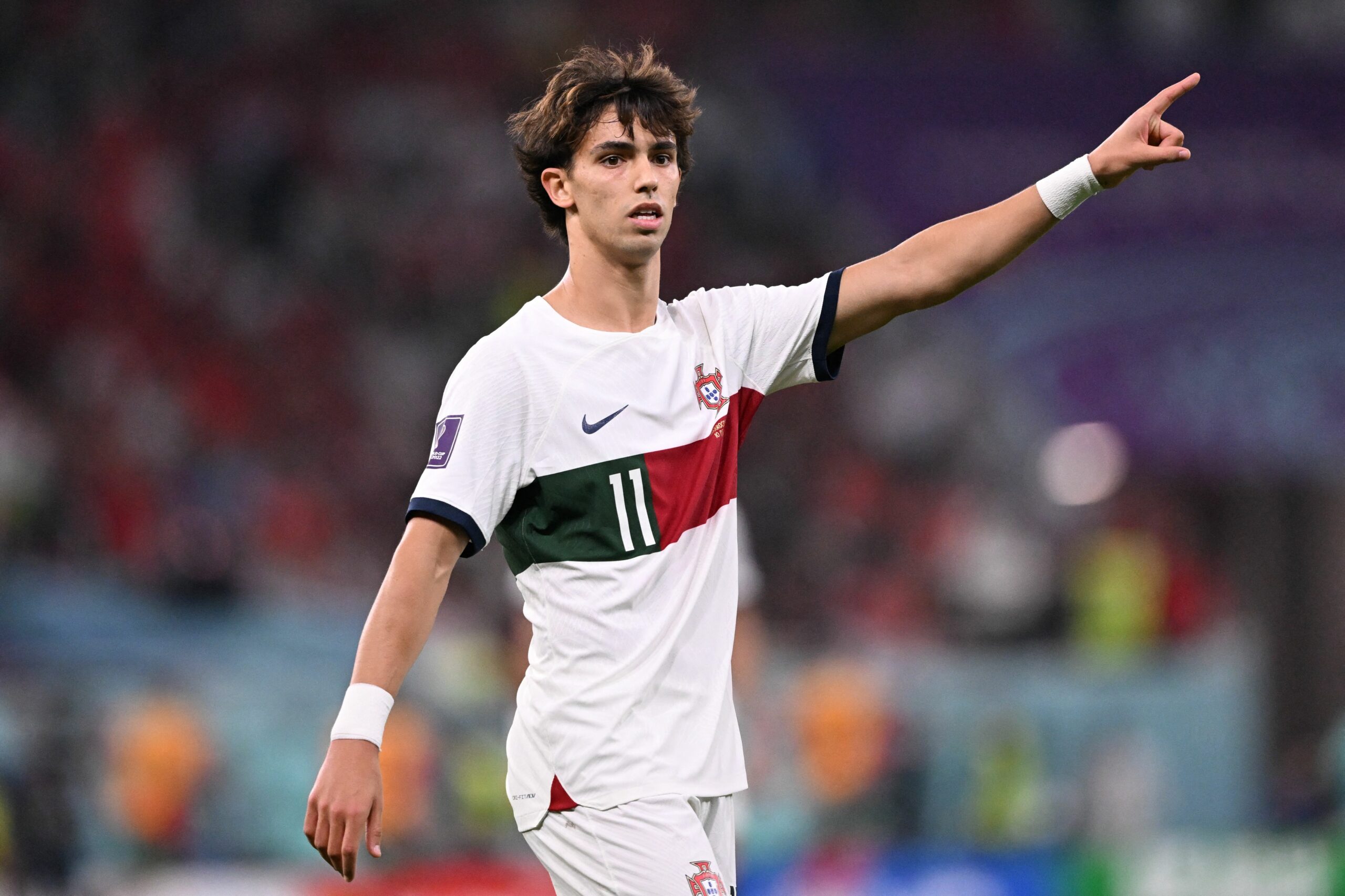 After impressing at Benfica, Felix arrived at Atletico Madrid in the summer transfer window of 2019 for a fee of around €126 million.

This made him the club’s record signing, and he remains the fourth most expensive player of all time behind only Neymar, Kylian Mbappe and Philippe Coutinho.

The Portuguese has had a mixed time during his three-and-a-half years at the Wanda Metropolitano. He has made 96 La Liga appearances, with just under half of these coming off the bench. In these outings, he has netted 25 goals and 13 assists.

On top of this, the 23-year-old is a regular international for Portugal. He has earned 28 caps for the one-time European champions, and he scored in their 2022 World Cup opener against Ghana.

Los Rojiblancos have been looking to offload the forward in January following a reported feud with manager Diego Simeone. With clubs reluctant to spend big in the current window, a loan deal has looked most likely.

And he is now approaching his exit. According to The Athletic, Chelsea have reached a verbal agreement to bring in Felix on loan until the end of the season in a deal worth an estimated €11m.

Should the deal be completed, he will become the Blues’ fourth signing of the January window. Benoit Badiashile is the biggest to date, arriving from Monaco for about €37m, while youngsters David Datro Fofana and Andrey Santos have also come through the door at Stamford Bridge.

The Londoners haven’t been the only Premier League club interested in Felix. He was named as a possible short-term replacement for Cristiano Ronaldo at Manchester United, while Arsenal were also linked as they look to fill the gap left by Gabriel Jesus’ injury.

Chelsea have been wildly out of form in recent matches, winning just three of their last 12 in all competitions. This has seen them tumble down the table to tenth, while also exiting the Carabao Cup and FA Cup.

Reinforcements in attacking areas will be necessary for Chelsea – only seven teams in the English top flight have scored fewer than Graham Potter’s men.

Additionally, their top scorer in all competitions is Raheem Sterling with six, while Kai Havertz, Pierre-Emerick Aubameyang and Armando Broja have racked up a combined total of just nine.

Felix could make his debut in England against local rivals Fulham on Thursday. His first home display for Chelsea will likely come against Crystal Palace on Sunday.