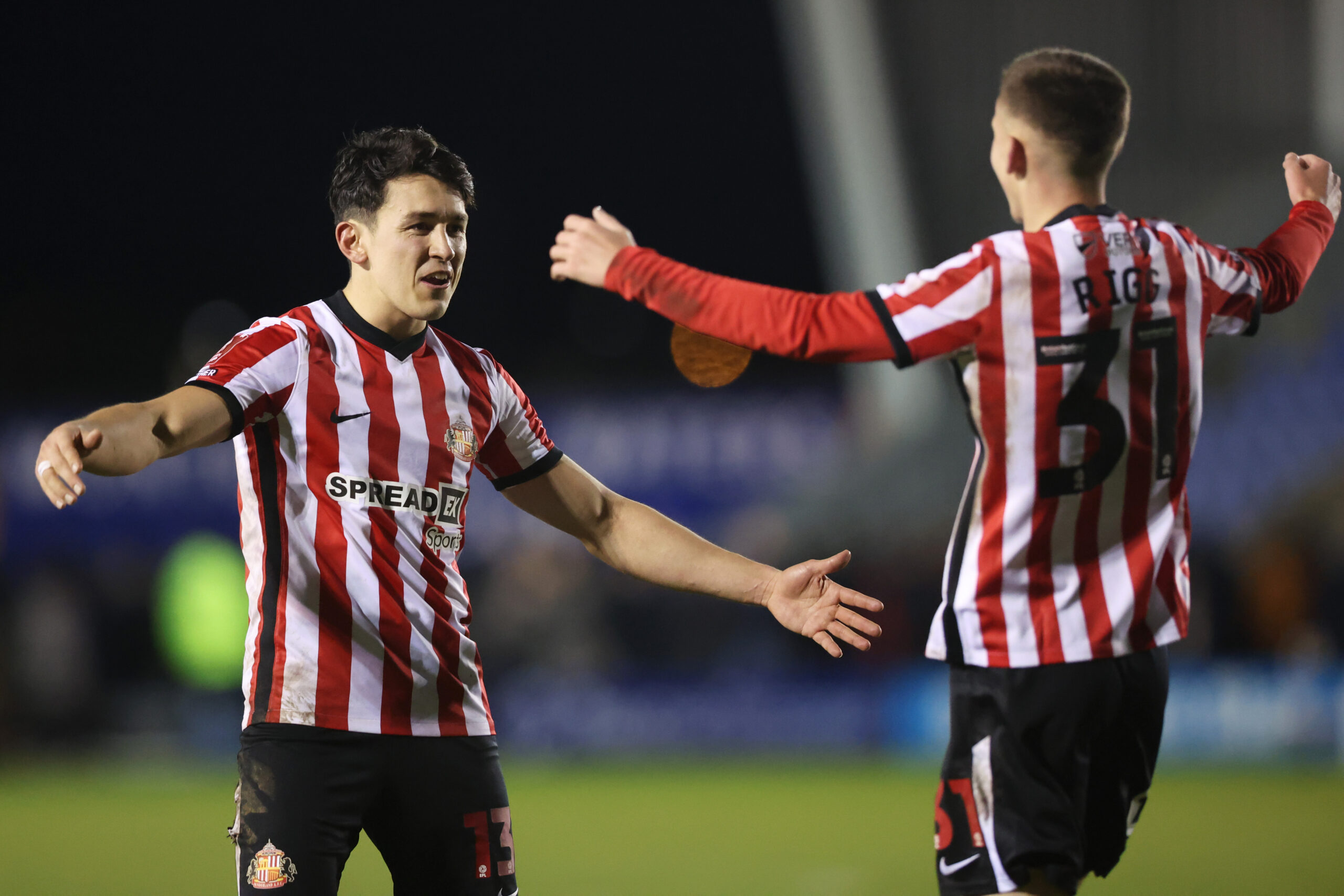 Sunderland midfielder Luke O’Nien has praised Chris Rigg after the youngster debuted for the club in the FA Cup against Shrewsbury Town yesterday.

Schoolboy Rigg became the club’s youngest outfielder when he came on for the Black Cats.

Rigg was 15 years and 203 days when manager Tony Mowbray brought him on for the final nine minutes of the match at the New Meadow.

His minutes were influential too. He won a corner in injury-time that Ross Stewart headed home to level things up. O’Nien scored minutes later to send the Championship side through.

“I have to give a big shout-out to Riggy,” O’Nien said (via Chronicle Live). “That’s been my highlight of the day, seeing him come on.

“He’s been coming up to the first team and he has made us look silly, and I think he contributed to the first goal by winning the corner. He’s 15. I don’t know what I was doing at 15, but I was nowhere near at his level.

“It’s really good to see and it’s really good for the future of the club. Big congrats to him and to all the other young lads that came but didn’t get on – it’s a good step in the right direction for them all.”

O’Nien, who played at left-back, thanked the fans for their fantastic support at the game.

He also lamented his team fluffing their lines in front of the goal. They had several chances to lead comfortably but failed to take them.

Sunderland will hope it is not the same when they welcome Swansea to the Stadium of Light on Saturday.

Only three points separate both sides despite Sunderland being eighth in the table while the Welsh side are 15th.