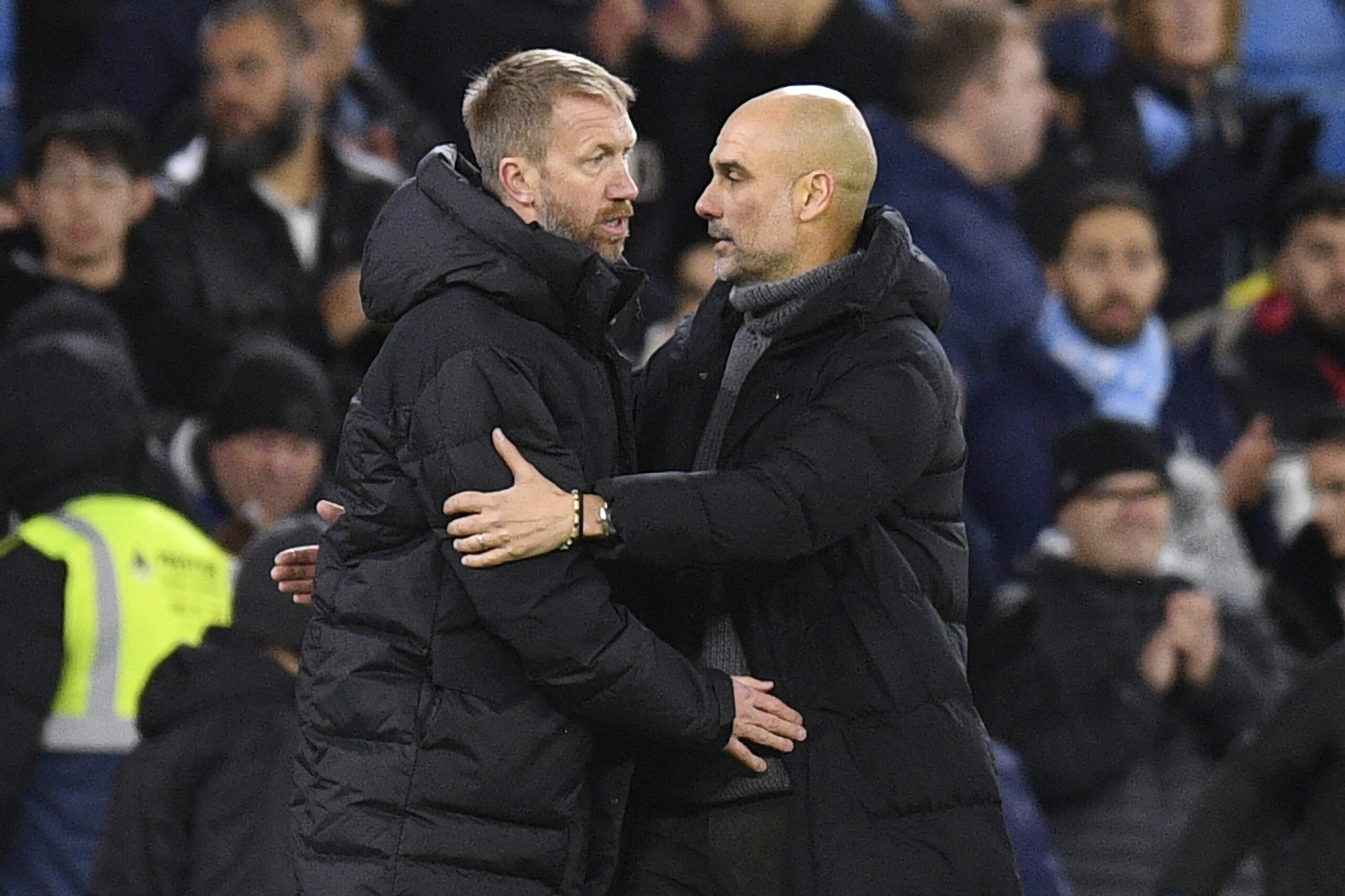 Manchester City manager Pep Guardiola has urged Chelsea co-owner Todd Boehly to remain patient with Graham Potter after the Blues crashed out of the FA Cup following a humiliating defeat to the Cityzens.

Having beaten the Blues 1-0 in their previous encounter, Guardiola’s side completed a simultaneous double over Chelsea by knocking them out of the FA Cup in a comprehensive 4-0 win at the Etihad Stadium.

A double from Riyad Mahrez, coupled with goals from Julian Alvarez and Phil Foden, consigned the Blues to their first third-round defeat in the competition since 1998.

The Blues have now been knocked out of the FA Cup and the Carabao Cup while sitting in 10th position in the league as their capitulation continues.

After the defeat to City in the league, Potter indicated that he will need more time to get the team pulling in the same direction.

The 47-year-old also backed himself to succeed at the club with the support of the owners, insisting he did not need validation from anyone outside the club.

However, consecutive defeats to City have left a sour taste in the mouth of the Chelsea faithful, who were chanting for former manager Thomas Tuchel in the away stands.

Despite the unrest, Guardiola has called on Boehly to ignore the calls from the fans and keep the faith in Potter, who signed a five-year contract after joining the club.

“I would say to Todd Boehly, it was a pleasure to meet him, but give him time,” said Guardiola (via Evening Standard). “I know results are important in big clubs, but I would say give him time.

“I think the second half today is what he is, and what he did in Brighton was outstanding. All the managers need time, and he was right. We need time in the first season.

“I had results in Barcelona in the first season, but we had Lionel Messi, so one season was enough. But yes, everyone is an idiot [in football management].

“To play against Man City at the level we are at in the Carabao Cup or FA Cup is not easy. Not for Graham, Chelsea, or any team.”

After seeing off Chelsea, City will face either Arsenal or Oxford United in the fourth round of the competition.

Meanwhile, Potter’s side will face a hostile environment when they travel to Craven Cottage to face Fulham in a London derby.