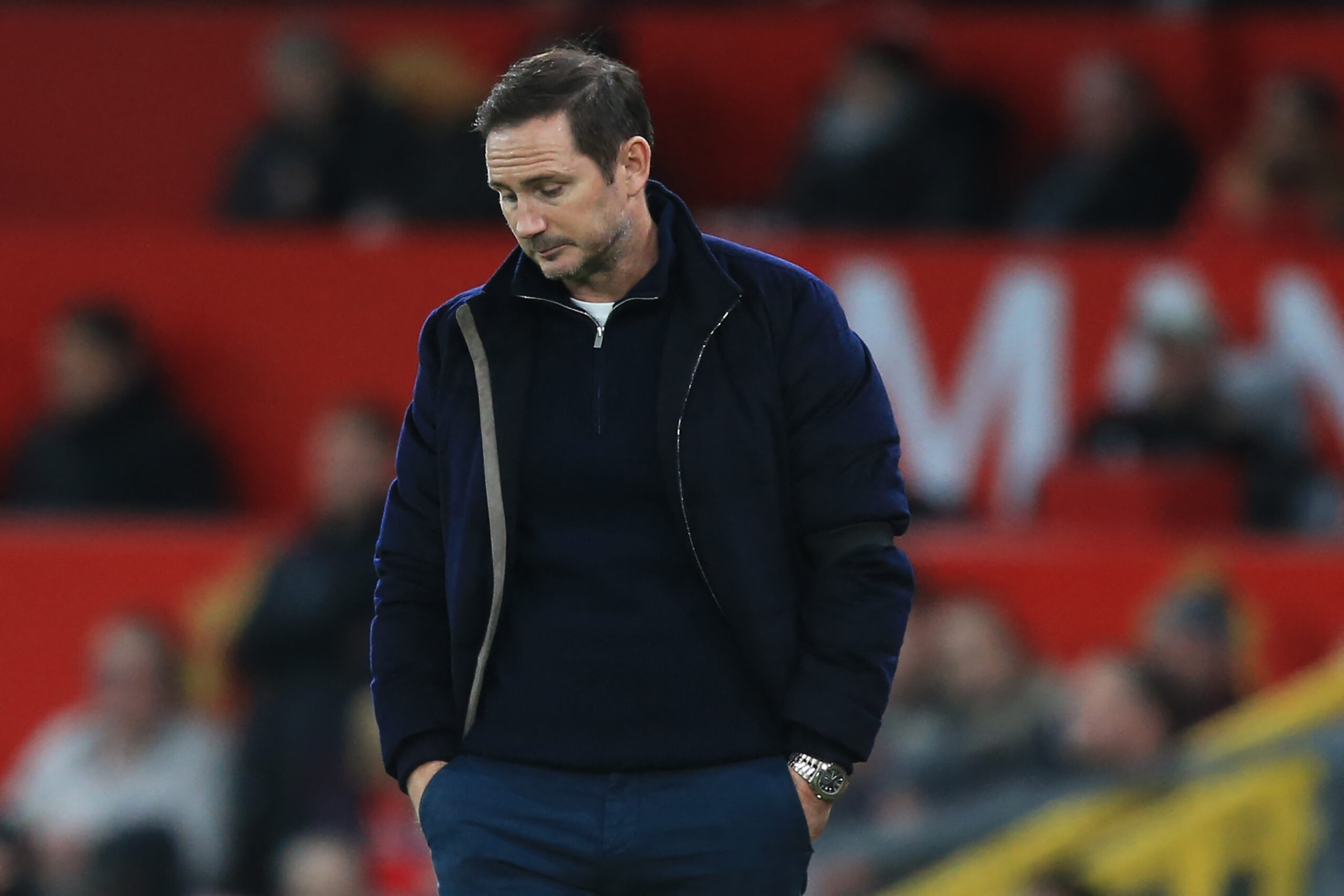 Frank Lampard has admitted his future as Everton manager is out of his hands after his side’s FA Cup exit following their 3-1 defeat to Manchester United on Friday.

Antony gave United an early lead, but Conor Coady restored parity ten minutes later. However, the former Wolverhampton Wanderers man restored United’s lead in the second half through an own goal before Marcus Rashford sealed the tie with a well-taken last-minute penalty.

Despite the final scoreline, Lampard and his players received an ovation from the Toffees fans, who recognised their team’s inspired performance that almost saw them snatch a result.

However, the writing remains on the wall for the English manager as Everton have now won just one of their last 12 games in all competitions, losing nine in the process.

Coupled with crashing out of the FA Cup, the Toffees are also embroiled in a battle for Premier League survival that they only narrowly avoided at the tail end of last season.

The fans made it clear they still stand behind their manager after the United game, but it remains to be seen if the club hierarchy shares their enthusiasm.

When asked about his future, the former Chelsea boss insisted he is not focusing on that and wants to build on his side’s spirited display in their next fixture.

“That’s not under my control,” Lampard told ITV Sport. “It’s not for me to focus on that. It’s for me to focus on what I saw tonight, and that was a performance that every manager wants with the attitude of the team and the focus. The focus now is Southampton.”

On the ovation he and his players received at the end, Lampard added: “The reaction at the end of the game probably speaks. They saw that spirit in the team and the way we played, and we deserved to get a result and that is good for the player to see.

“The fans will respect you when you give everything for the club. We had a lot of that last season and early this season. Recently it has been tough. Even though it has been a tough little period, I think the players have been good. We just need a win.”

Everton are up against bottom-placed Southampton next in what could prove a do-or-die affair for Lampard’s future.

A win will potentially take his side out of the bottom three, but he will be without his creative force in Alex Iwobi, who picked up an injury in the defeat to United.