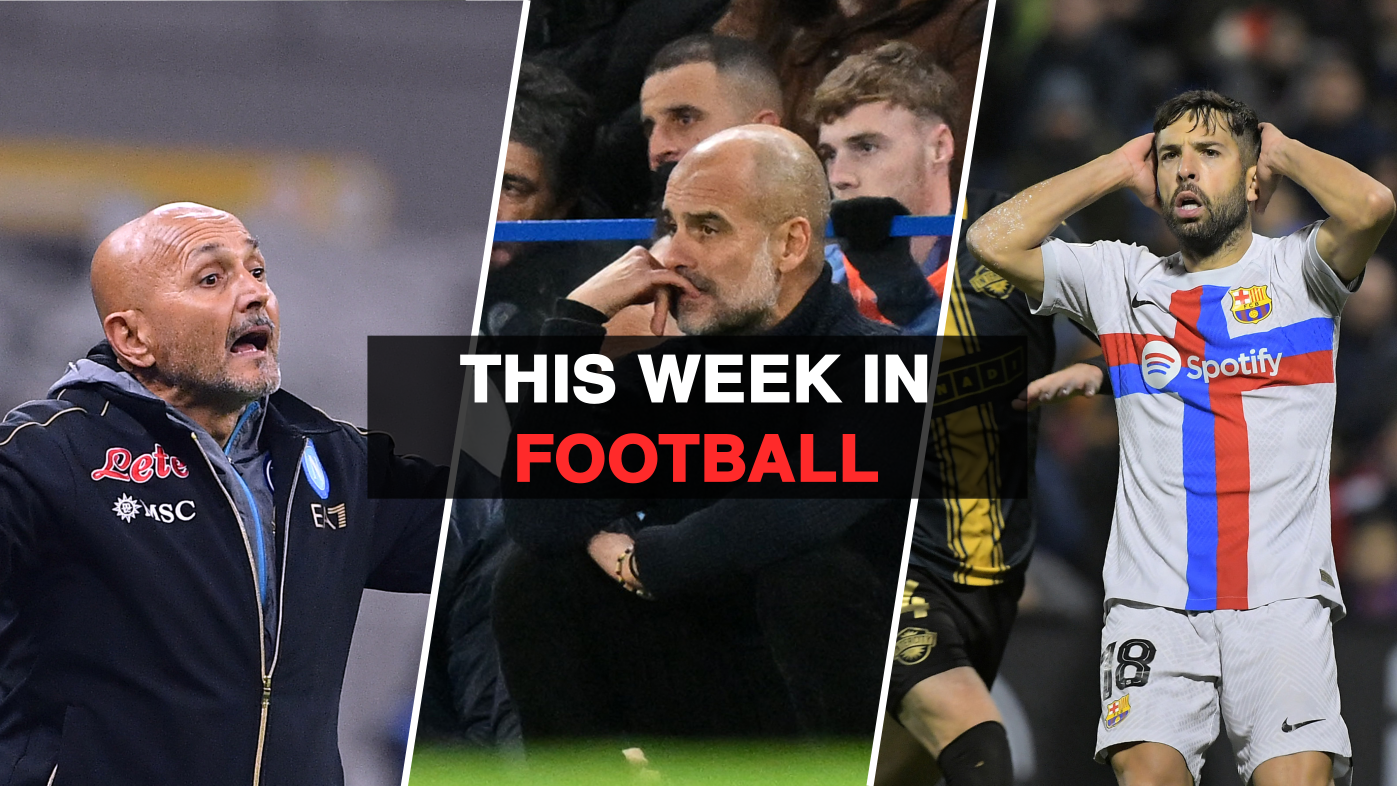 The first full week of football in 2023 had some big matches, great performances and massive results. We will look back at the pick of the bunch in this edition of This Week In Football.

Serie A returned to action after its World Cup break with a full round of 10 fixtures, all played on Wednesday in five kick-off slots. The last of those as a big one, as it pitted league leaders Napoli against Inter Milan.

After PSG’s defeat to Lens on the weekend, Napoli were left as the only unbeaten side in Europe’s top five leagues this season. However, they only managed to hold on to that record for a few days, as Inter came away with a deserved 1-0 win to put an end to Napoli’s 11-match winning streak in the league.

It was a typical big-match performance from Simone Inzaghi’s side that did the job. Napoli, who have the highest possession average in the league this season, unsurprisingly dominated the ball and kept close to two-thirds of it, but Inter restricted them well in the final third. Additionally, they also managed to pose a pretty good attacking threat, particularly through their wing-backs.

The decisive goal was scored in the 56th minute by Edin Džeko, who headed Federico Dimarco’s cross home. That proved to be enough for Inter to close the gap down to the leaders to eight points and stay within three of local rivals Milan in second place.

The only way to understand City’s line-up would be to split it between the shape in possession and shape without the ball. Let’s take a look at the latter first, which was their regular 4-4-2, but with Rodri as a centre-back and João Cancelo alongside the midfielders.

And then in possession, City continued to use the 3-2-2-3 structure we have seen since the World Cup break, but instead of creating it with an inverted full-back, Rodri moved up into central midfield while both full-backs stayed deep.

While all of this funkiness was fun to watch for the tactics enjoyers, it did not prove too effective in the first half as Chelsea restricted their visitors to just five shots, of which only one was on target.

At half-time, Guardiola made a couple of changes that restored the usual 3-2-2-3 system we have seen as Rodri moved into midfield for good and Rico Lewis came on as an inverted full-back.

At the hour mark, he replaced both wingers for Jack Grealish and Riyad Mahrez. That proved to be a masterstroke, as the duo combined for the solitary goal of the match.

After Arsenal’s goalless draw with Newcastle United, this result reduces the gap at the top of the table back down to five points. Chelsea, meanwhile, have won just one and lost four of their last six league games, sinking down to 10th place now.

He was referring to the quite clichéd ‘magic of the cup’, but this night certainly was a great example of it. CF Intercity, who only won promotion from the fourth tier of Spanish football last season and are currently in the relegation zone of the third tier, took the mighty Barcelona to extra time.

They did so somehow, equalising not once, not twice, but three times in normal time. All of their goals were scored by one player, a 21-year-old called Oriol Soldevilla who played at La Masia, Barcelona’s youth academy, in the not-too-distant past.

Unfortunately, neither he nor any of his teammates could repeat their trick in extra time, but nonetheless, this is sure to go down as the greatest match in their club’s history.

Part of the reason we can say that so confidently is the fact that CF Intercity did not even exist six years ago to this day.

They were founded in July 2017 after a club called GCD Sant Joan d’Alacant was restructured, so they started way down in the sixth tier of Spanish football. They have won three promotions in their five full seasons, but the road beyond is very tough and tricky.

The hosts struck early within ten minutes through Daan Rienstra and then went on to double their lead just after the half-hour mark through Claudiu Bălan.

AEK pulled one back early in the second half thanks to Sergio Araujo and piled on the pressure thereafter, but despite keeping over three-quarters of possession and attempting over 20 shots, they couldn’t salvage anything from this match.

This was just PAS Giannina’s third win of the league season that propels them two spots up in the table. AEK, on the other hand, lose a 13-match unbeaten streak in all competitions and drop seven points behind leaders Panathinaikos, who are still unbeaten and chasing their first league title since 2010.

We make the relatively short jump from Greece to Cyprus for our final match this week. There is quite a title race going on in the top flight of the Meditteranean island, as three teams were level on 37 points heading into this week.

Two of them — AEK Larnaca and Pafos FC, both aiming to win their first-ever league title — faced off in midweek. At the end of a close match, Omri Altman’s strike after a 15th-minute corner proved to be the difference between the two teams.

The third side who were on 37 points this week were record champions APOEL Nicosia, who beat Olympiakos Nicosia to join AEK Larnaca on 40 points. There still is a long way to go in the season, so we are sure to get more twists and turns in the Cypriot title race.

🇧🇪 Belgium: Genk vs Club Brugge (Sunday, 12:30 UTC)
Belgian Pro League leaders Genk will take on defending champions Club Brugge on Sunday. There is a 12-point gap between the two sides which has caused Club to part ways with Carl Hoefkens and appoint Scott Parker, who will be making his debut as their head coach in this match.

🇹🇷 Türkiye: Fenerbahçe vs Galatasaray (Sunday, 16:00 UTC)
The intercontinental derby between Fenerbahçe and Galatasaray arguably is one of the tensest matches in world football, and this one has the added impetus of being a match between the top two in the league. Galatasaray have a point lead over their rivals, but it all could change after this match.

🇮🇹 Italy: AC Milan vs Roma (Sunday, 19:45 UTC)
There hardly ever is a dull round of fixtures in Serie A, so we have another big game between two top sides this weekend. Second-placed AC Milan have a five-point deficit to leaders Napoli but only six more than sixth-placed Roma.

🇪🇸 Spain: Atlético Madrid vs Barcelona (Sunday, 20:00 UTC)
La Liga leaders Barcelona have a tough trip to Madrid to face Atlético, who are just about holding on to a top-four spot. They will be keen to show that they have improved over the World Cup break with a good result in such a big game, but Barcelona will want to get back to winning ways after a frustrating draw against Espanyol last weekend.