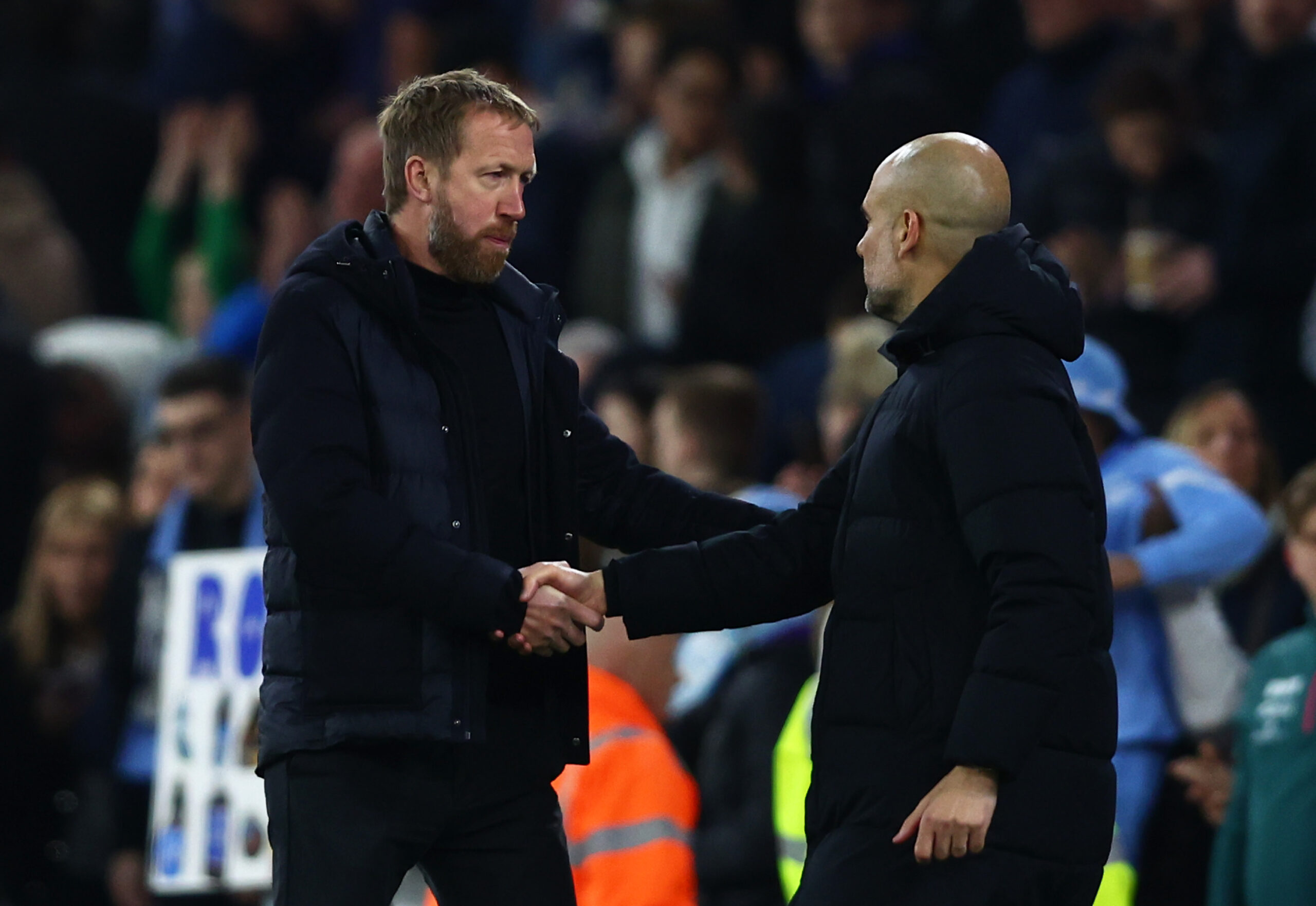 Etihad Stadium forms the backdrop for a handsome-looking FA Cup third-round tie between Manchester City and Chelsea on Sunday evening.

Riyad Mahrez’s strike propelled Man City to a hard-earned 1-0 triumph at Stamford Bridge in the first of a blockbuster double-header on Thursday night.

While the victory bolstered the Cityzens’ hopes of defending the Premier League title, the result in west London may have condemned Chelsea to a non-Champions League finish already in January.

Having become the first side since Bolton Wanderers in 1960 to win four consecutive matches against the Blues without conceding, Pep Guardiola’s men will take the field in a buoyant mood.

Graham Potter’s team will be out to settle the score and become the first team to crash Man City out of the FA Cup third round since Manchester United achieved that feat in 2011/12.

Despite last season’s defeat to Liverpool making Chelsea the first club to finish as runners-up in three consecutive stagings, the injury-hit visitors must beat the odds to advance into the next round.

Stuck between a rock and a hard place, the out-of-form Pensioners have to set their priorities too, as continuing their cup journey may add further complications to their already far-fetched top-four dream in the top-flight.

In addition to coming out victorious at the Bridge on Thursday, Man City have already bettered Chelsea in a cup competition this season, thumping them 2-0 in the Carabao Cup in November.

Everything seems to have lined up perfectly for Guardiola’s bid to maintain his perfect record of winning all 20 opening cup ties as a manager, including his previous tenures at Barcelona and Bayern Munich.

On top of that, the Cityzens have dispatched Liverpool 3-2 in the last Carabao Cup round on home turf, albeit that remains their solitary win in their three most recent home fixtures (D1, L1).

What’s even more concerning is that Potter’s lads have failed to score more than once on those four travels, which has been the case in five of their last six competitive visits to the Etihad.

But having progressed from each of their last 24 FA Cup third-round ties, the Pensioners are looking to live up to their tag as cup specialists and perhaps record their first win against Man City since May 2021.

It’s not like Man City would make it to round four effortlessly, but we cannot see anything other than the Cityzens’ victory in this one.

Chelsea’s lack of prolificacy outside the Bridge and growing injury woes will not only limit Potter’s selection options but perhaps force him to sacrifice his FA Cup aspirations in the service of the greater good.

We back the hosts to take full advantage of their visitors’ rough patch and sail into the next stage.