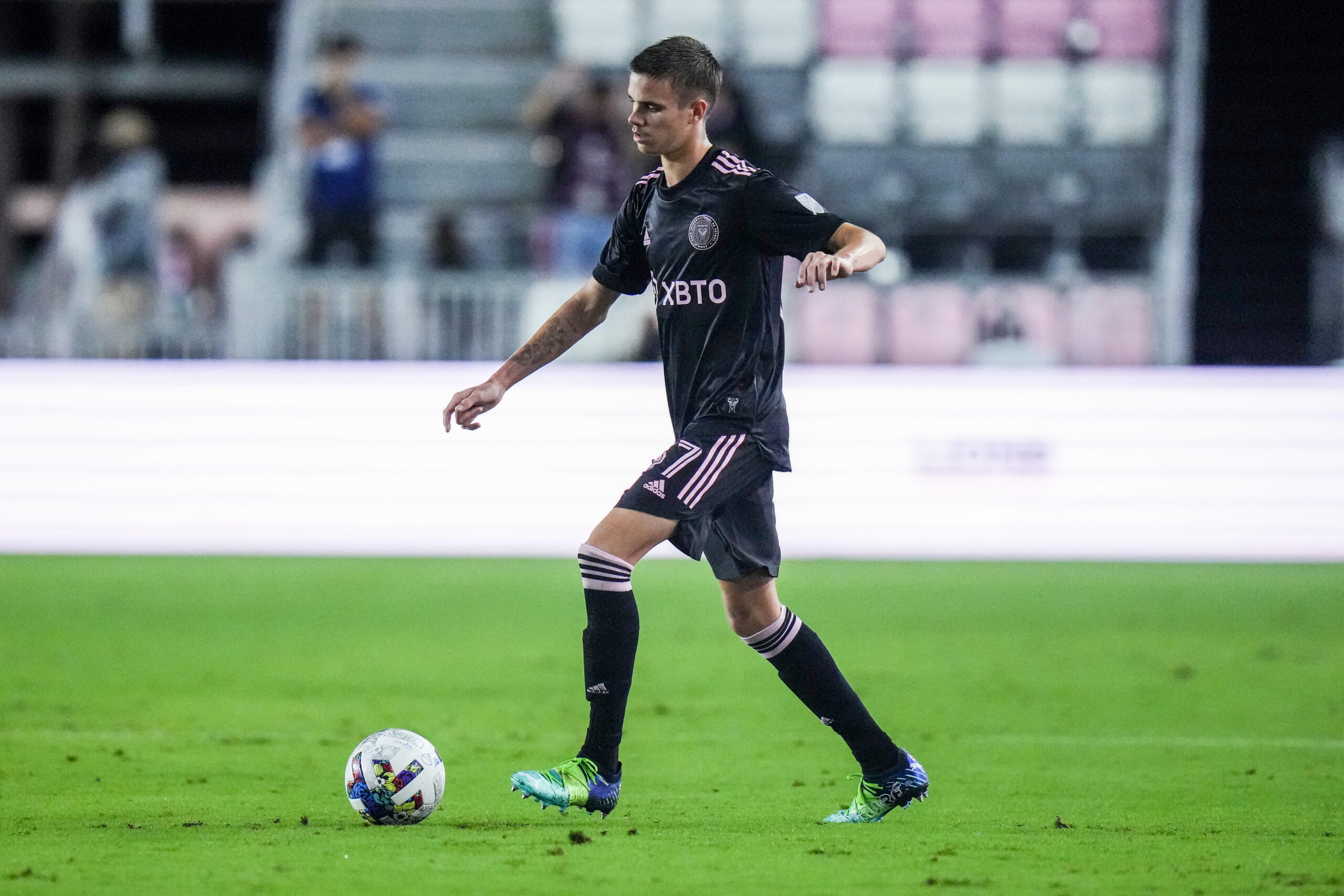 Brentford have completed the signing of Romeo Beckham from Inter Miami II on loan until the end of the season.

Beckham has been training with Brentford since the end of the 2022 MLS Next Pro season. The 20-year-old impressed the club enough to take a chance on him.

“We’ve been absolutely delighted with Romeo since he arrived with us,” MacFarlane said.

“He came to us from Inter Miami with the aim of working with us during their close season. Romeo has applied himself unbelievably well – he’s really bought into the culture and the group of which he has become a big part.

“I love his standards and the way he conducts himself on and off the pitch.

“He’s been able to get fitter and fitter during his time with us, and it leaves him in a good place to now step forward, having joined us on loan.

“He is very technical, and he is somebody who can shift the ball quickly and cross.

“He is also a really good finisher, and he has the ability to play a number of positions for us, which is also pleasing.

“I think it’s a testament to us as a club, and as a B team, that Inter Miami have asked us to work with him and trust in us to continue working with him to help him with his development.”

Beckham played for Fort Lauderdale CF in 2021 before it was renamed Inter Miami II. It acts as a reserve team for Inter Miami, which his father, David, owns.

He has been gathering experience there but has decided to move to Europe.

Beckham made 20 appearances for Inter Miami II as they finished sixth in the Eastern Conference last season. He scored two goals and provided ten assists.