AC Milan vs AS Roma Preview – Prediction, how to watch & potential line-ups 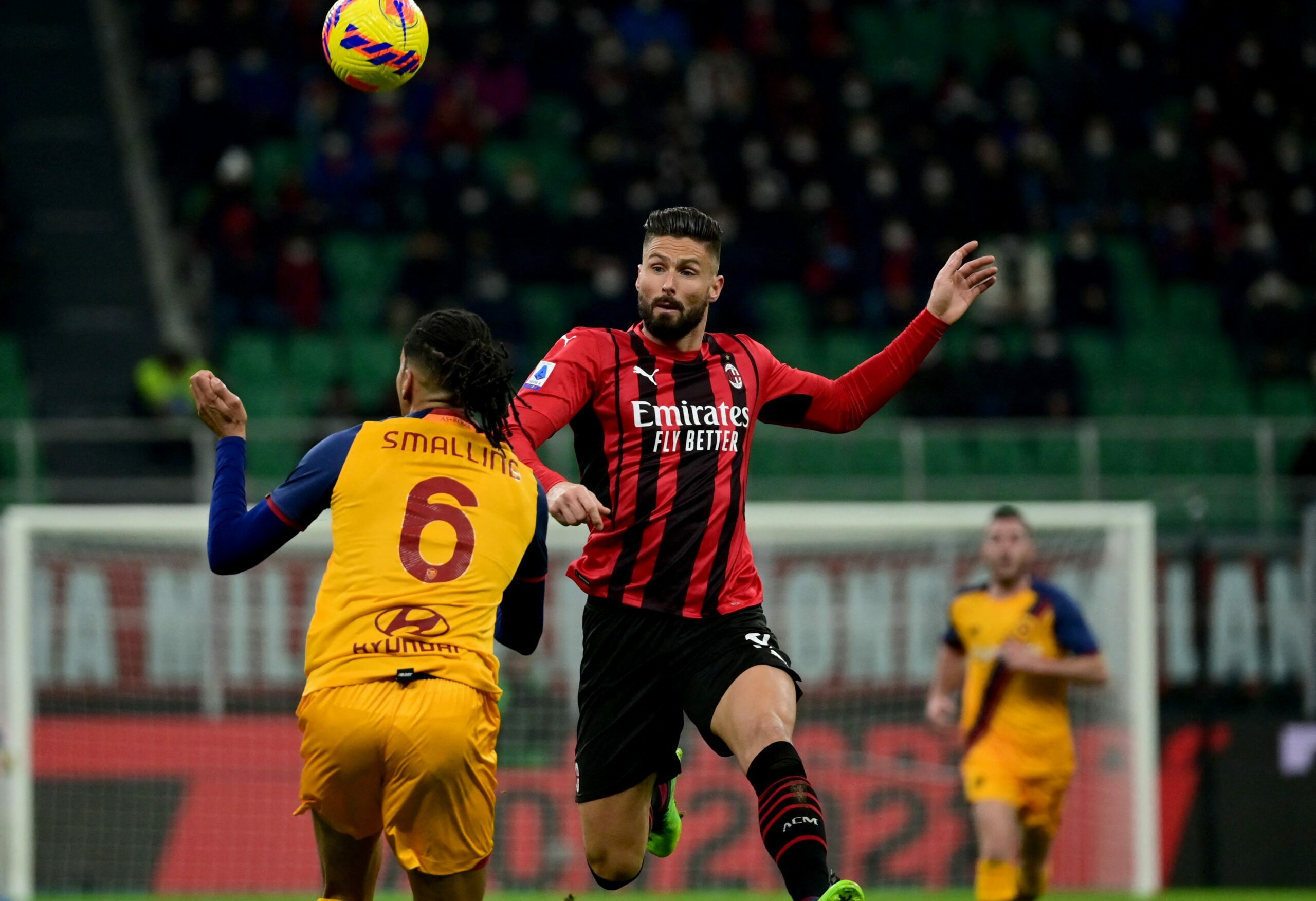 The second round of Serie A action after the World Cup break will see second-placed AC Milan take on AS Roma at the San Siro on Sunday night.

Their city rivals Inter Milan did them a favour by beating the Partenopei 1-0 in the last round of games.

Milan know that if they can keep pace until the final stretch, they will have a chance against the notoriously fragile Napoli.

They have lost just two games this season against Napoli and Torino. Milan have also dropped points against Cremonense and Sassuolo. Apart from that, they have been brilliant.

In the absence of Zlatan Ibrahimovic, Olivier Giroud is leading the line and doing so remarkably. He has scored five goals in 14 league appearances and created seven big chances.

Last season’s MVP, Rafael Leao, was slow out of the starting blocks but has sprung to life. The Portuguese attacker has seven goals and four assists in the league.

Midfielders Sandro Tonali and Ismael Bennacer have also been massive for Milan.

Standing in Milan’s way is Jose Mourinho’s Roma. The Giallorossi are not far off the title-chasing pack, sitting sixth with 30 points. They are six away from their opponents and 11 away from the top.

Roma’s pressing issue is that they have struggled in front of goal this season. Top striker Tammy Abraham is experiencing a second-season decline.

The former Chelsea striker has scored only three times after 16 appearances. He has missed ten big chances for his side.

Roma signed Andrea Belotti on a free transfer this summer to aid Abraham, but he has not faired well. The former Torino man has not scored a league goal.

Paulo Dybala is their top scorer with five goals but has injury issues. The Argentine is not the man to produce the goals required for a title charge.

Roma are averaging around 1.2 goals per game compared to Napoli’s 2.3 per game. Both clubs create 3.0 chances per game.

The Rossoneri defeated Salernitana 2-1 to restart their campaign with a win. They are riding high on confidence because of their form.

Milan have not lost any of their last four games since losing to Torino at the end of October.

They are unbeaten in the league against Roma in their last five matches. They have won their last four league home games at Giuseppe Meazza.

This game brings goals, and Sunday should not be different. Both teams can win it and should go for it.

One fascinating battle on the pitch will be Leao versus Zeki Celik. The Turkish right-back will be up against one of the best wingers in the world and may suffer.

Roma returned to Serie A action with a 1-0 win over Bologna. The Rossoblu controlled the game and had more possession.

However, Roma outshot them and put more on target, with Lorenzo Pellegrini grabbing the only goal. It was the midfielder’s second goal of the season.

Before that slender win, they had drawn two games against Torino and Sassuolo. Before that, they lost 1-0 to Lazio.

However, Roma are unbeaten in their last five away league games.

Their record against Milan is not good. Roma have not beaten Milan in their last four visits to the San Siro.

AC Milan vs AS Roma, alongside all other Serie A fixtures, is available to watch online via Serie A live streams.

This game usually goes Milan’s way, and it is hard to see it being any different on Sunday. The Milan side is simply a better unit than AS Roma.

But Mourinho’s team are no pushovers. They can make life very difficult for their opponents, although their tendency to fluff their lines in front of the goal can hurt them.