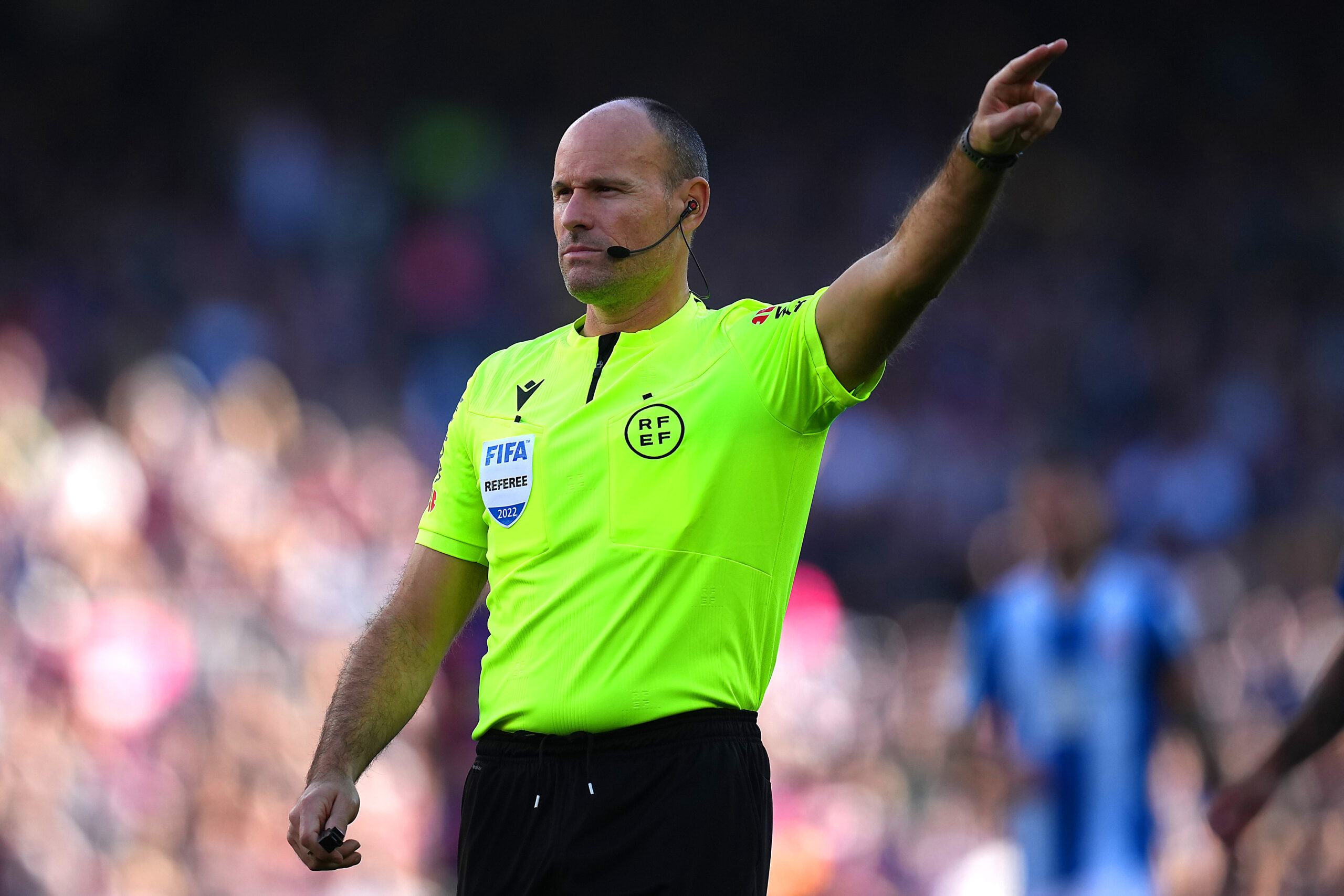 World Cup referee Mateu Lahoz will retire at the end of the 2022/23 season, according to TyC Sports correspondent Gaston Edul.

The 45-year-old recently officiated at the World Cup in Qatar but will hang up his whistles and cards when the season ends.

Lahoz officiated the very feisty World Cup tie between Argentina and the Netherlands. Lionel Messi criticised his performance after he handed out 17 cards.

He has come under criticism regularly from fans for trying to steal the spotlight for himself during games.

Lahoz returned to La Liga and officiated the Barcelona derby on New Year’s Eve. He handed out 15 yellow cards and two red cards.

During Sevilla’s Copa del Rey victory over Linares, he sent off Sevilla coach Jorge Sampaoli after only 17 minutes.

That means he has given out an incredible 35 cards in his last three games.

The Royal Spanish Football Federation (RFEF) handed him an unofficial punishment. He is not on duty for any of the La Liga games this weekend.

Lahoz is not the main referee or a VAR operative for any game and will spend time cooling off.

He has enjoyed a distinguished career in La Liga, earning the respect of former Real Madrid boss Jose Mourinho and the disdain of then Barcelona boss Pep Guardiola.

Lahoz refereed the 2021 Champions League final between Chelsea and Manchester City. He received praise for his performance.

He is known in Spain for allowing things to slide, but it has not been the same in his latest games.

Barcelona face Atletico Madrid this weekend, while Real Madrid take on Villarreal. Lahoz would generally be in charge of one of those games, but he will watch from home.