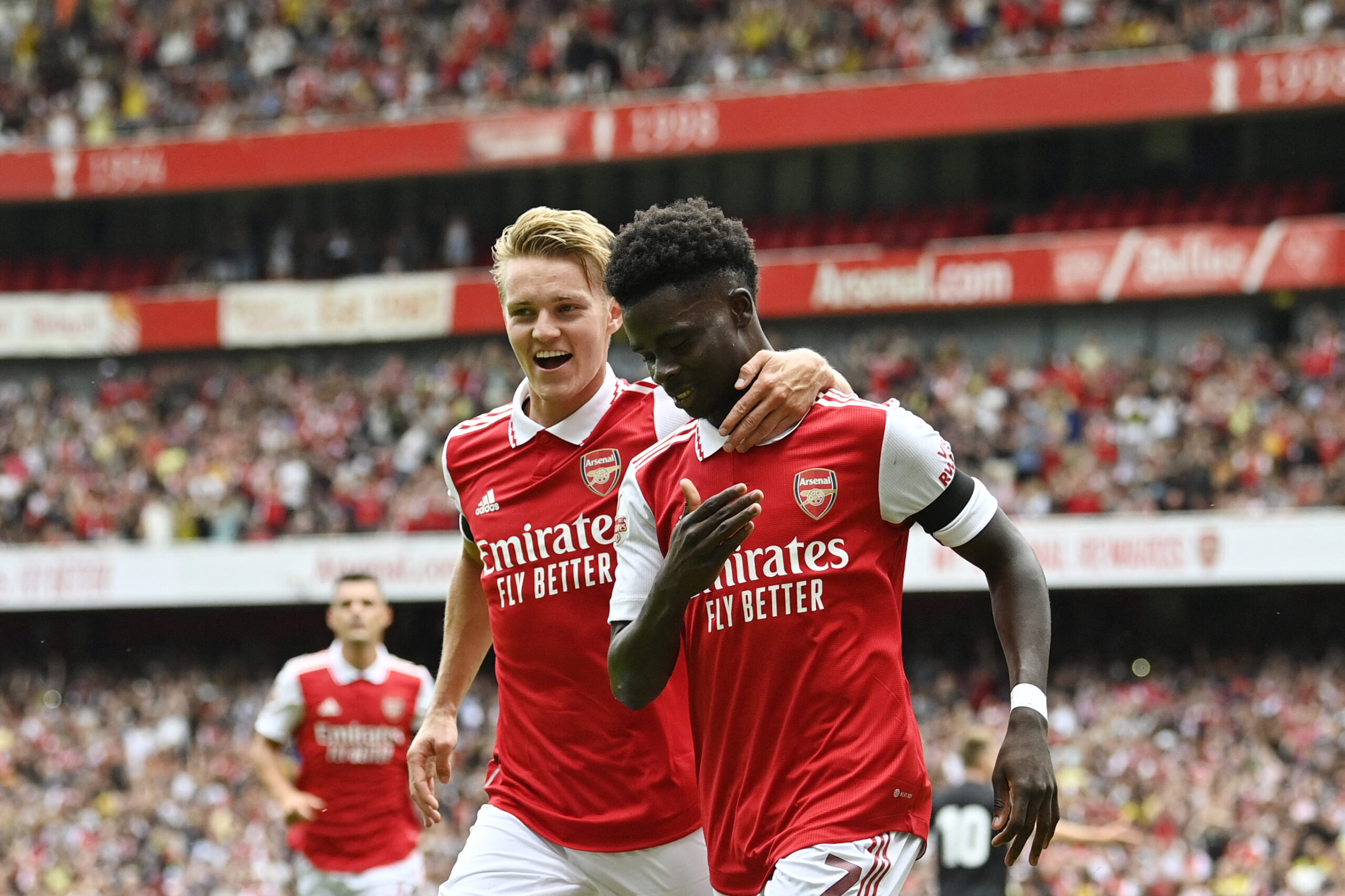 The shortlist for the Premier League Player of the Month award for November and December has been revealed.

The latest edition of the award is different to usual. Due to the World Cup, it has been spread out to cover two months as opposed to one.

Arsenal and Manchester United are the two most represented players on the eight-man shortlist, boasting two candidates each.

The former won all four games, while the latter picked up three wins from four. Manchester City, Fulham, Newcastle United and Brentford are also represented.

The winner is expected to be announced on Friday, January 13. Supporters can cast their vote here.

Man United haven’t always got things right in the transfer market, but Casemiro is already looking like a success. The Brazilian has been an instant hit at Old Trafford, having put in consistent top-class performances.

After a disappointing 3-1 defeat against Aston Villa in early November, Casemiro produced an impressive display to help the Red Devils bounce back to beat Fulham before the break.

His personal highlight came after the World Cup in a home clash with Nottingham Forest. The 30-year-old got an assist and was named as Player of the Match as his side won 3-0. He followed this up with another fine performance in the win against Wolverhampton Wanderers.

For the third time from a possible four, Erling Braut Haaland has been nominated for Premier League Player of the Month. He won it back in August and is back to compete for the crown again.

He began by netting an injury-time winner off the bench against Fulham. However, he fired a rare blank before the World Cup in his side’s shock loss to Brentford.

Having spent a month off the pitch, Haaland wasted no time in reminding everyone of his prolific abilities. He bagged a brace against Leeds United in a 3-0 win, then opened the scoring at home to Everton.

As mentioned above, one of Haaland’s only blanks of the season came at home to Brentford. Ben Mee was one of the main men tasked with keeping the Norwegian quiet, and he passed that test with flying colours.

And that wasn’t his only contribution of the last few weeks. He also assisted teammate Ivan Toney at the Etihad Stadium and kept a clean sheet away at West Ham United.

The current favourite for the award is Arsenal’s Martin Odegaard, who has enjoyed a phenomenal run of form in the Gunners’ side.

One week on from an impressive victory at Stamford Bridge, the Norwegian bagged a brace to claim all three points against Wolves.

Odegaard returned from the break and put in two more stellar performances as Arsenal remained at the top of the table.

First, he assisted twice as the league leaders came from behind to beat West Ham. Then, he scored and assisted in a 4-2 away win against Brighton & Hove Albion.

Fulham have managed to somewhat defy the odds this season, as they currently sit well clear of relegation danger.

Portugal international Joao Palhinha has been a key part of Marco Silva’s side in the middle of the park.

His best displays came in December, as the Whites claimed maximum points. Palhinha was superb in his team’s 3-0 rout at Selhurst Park, before netting a late winner at home to Southampton.

Off the back of a positive World Cup campaign, Marcus Rashford has returned to club football and hit the ground running.

In his first Premier League game since the tournament, he starred, scoring and assisting as Man Utd beat Nottingham Forest.

The forward was surprisingly dropped to the bench ahead of the Red Devils’ trip to Molineux, but he was still able to make an impact.

With 15 minutes remaining, Rashford danced into the box and swept the ball in at the near post to win the game for his side.

From one English winger to another, as Bukayo Saka joins the list. He kicked off November in impressive fashion, assisting the only goal in Arsenal’s victory against Chelsea.

And in December, he was at his most prolific in front of goal. He bagged a crucial equaliser against West Ham and then hit the opener against Brighton.

Completing the shortlist is Newcastle’s Kieran Trippier. It’s been an excellent spell for the former Atletico Madrid man, contributing at both ends of the pitch.

At the back, he’s been rock-solid. In fact, the only goal that the Magpies have conceded in this time came after Trippier had been substituted off.

Meanwhile, he recorded assists against Southampton and Leicester City, taking his personal tally to four for the season.