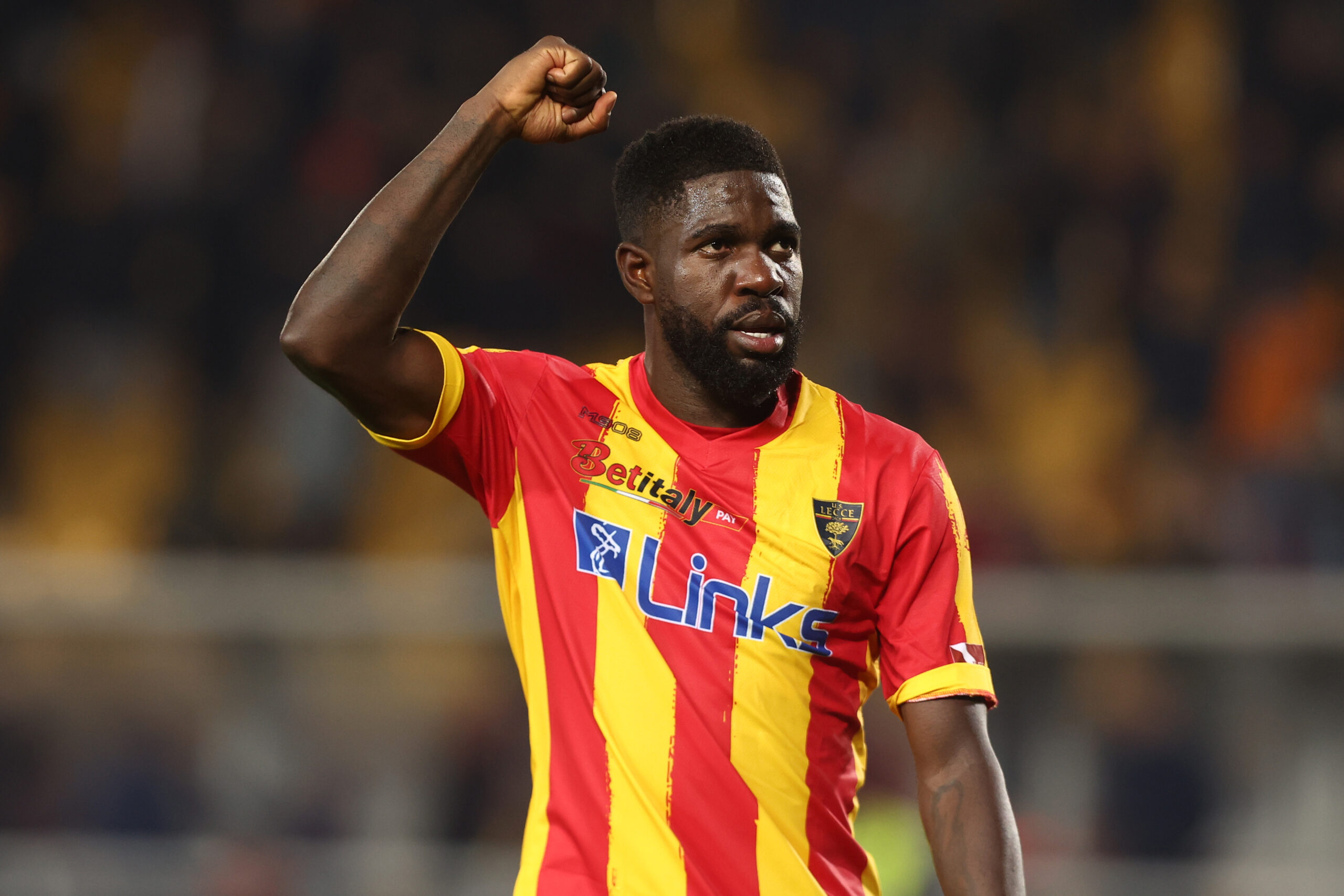 Lazio have issued a statement regarding the racist chants against Samuel Umtiti and Lameck Banda during their clash with Lecce yesterday.

French international Umtiti and Zambian forward Banda received racist insults that halted the game for several minutes. The insults echoed from all around the stadium.

The referee paused the game and had to speak to the fans over the speaker system before eventually resuming.

Leece president Saverio Sticchi Damiani said Umtiti demanded the game continue to prove a point. He did just that as Lecce won 2-1.

However, Umtiti was in tears as he came off the pitch after the final whistle.

A club statement read: “During the Lecce-Lazio match, the referee was forced to stop the match due to racist howls towards a player from the home team.

“SS Lazio has always opposed all forms of racism and discrimination with all the means available, putting initiatives in place aimed at repressing these phenomena, making its fans aware of this issue, and acting in the appropriate offices to protect its image.

“Even today, SS Lazio condemns those who have become the protagonists of this despicable, shameful, and anachronistic gesture and will, as always, offer the maximum collaboration to the authorities to identify those responsible.

“Lazio fans are not racist and cannot be associated with a few individuals who seriously harm the club’s image.”

This incident is not the first time that Lazio’s racist fans have reared their ugly heads.

Former AS Roma and current Real Madrid defender Antonio Rudiger was on the receiving end multiple times. He has spoken about the racist abuse he received from Lazio supporters during the Derby della Capitale in 2017.

In 2016, Lazio’s Senad Lulic came under fire for a perceived racist insult towards Rudiger.

Lulic received a ban by the Italian FA for 20 days and a fine of €10,000. But the ban was close to the winter break, and Lulic missed just one game.

When Lazio faced Tottenham Hotspur in 2012, they made anti-Semitic chants across both legs. Eight years later, they received a fine of only €20,000 after racist abuse against Mario Balotelli during a Serie A clash with Brescia.

In 2019, following a Coppa Italia win over AC Milan, their fans did the Sieg Heil salute. The club distanced itself from those supporters.