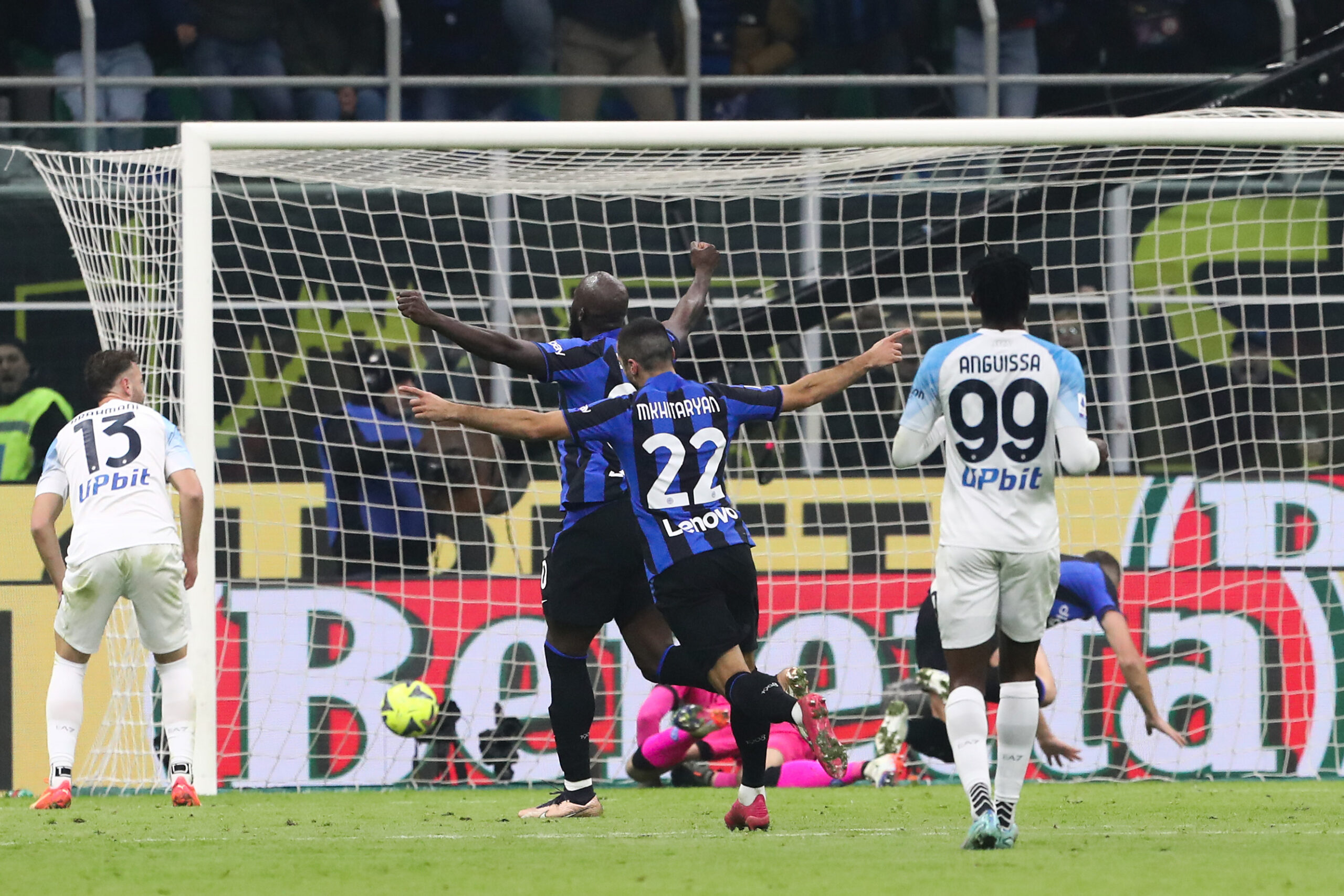 Inter Milan beat Napoli 1-0 at the San Siro tonight and broke the Partenopei’s unbeaten streak in Serie A.

Edin Dzeko scored the only goal of the game in the second half to keep Inter in the running for a top-four finish.

Napoli came into the game without a loss in their first 15 league games. They had won 13 and drawn two, establishing themselves as one of the most exciting teams in Europe.

They were also dominant in the Champions League. They finished ahead of Liverpool and Ajax to qualify for the round of 16 from Group A.

They came into the game against an inconsistent Inter side. The Nerazzurri were tipped as title challengers at the beginning of the season, but they slipped down to as low as seventh place.

There were calls for manager Simone Inzaghi’s head earlier this season, but chairman Steven Zhang kept the faith.

That faith is now being repaid. Inter are fourth in the league, only eight points away from Napoli after tonight’s result.

The in-form Federico Dimarco missed a glorious chance in the early minutes after fine work from Romelu Lukaku.

Dzeko and Lukaku then combined to set up Matteo Darmian, but he fired over. The Belgian striker was the next to fire over after Nicolo Barella slipped him in.

Before the end of the first half, Dimarco should have beaten Alex Meret, but the Napoli keeper denied him. The flag saved his blushes.

Napoli then created their first chance, but Andre-Franck Zambo Anguissa’s flick went wide. Inter had the upper hand, and Napoli were lucky not to be behind.

However, Inter finally took one of their chances in the second half. Dzeko powered in Dimarco’s brilliant cross to open the scoring in the 59th minute. It was enough as Inter held on, sucking their opponents in and hitting them on the break.

Andre Onana denied substitute Giacomo Raspadori late in the game to earn his side the win.

Napoli will aim to get their campaign back on track when they face relegation battlers Sampdoria on Sunday.