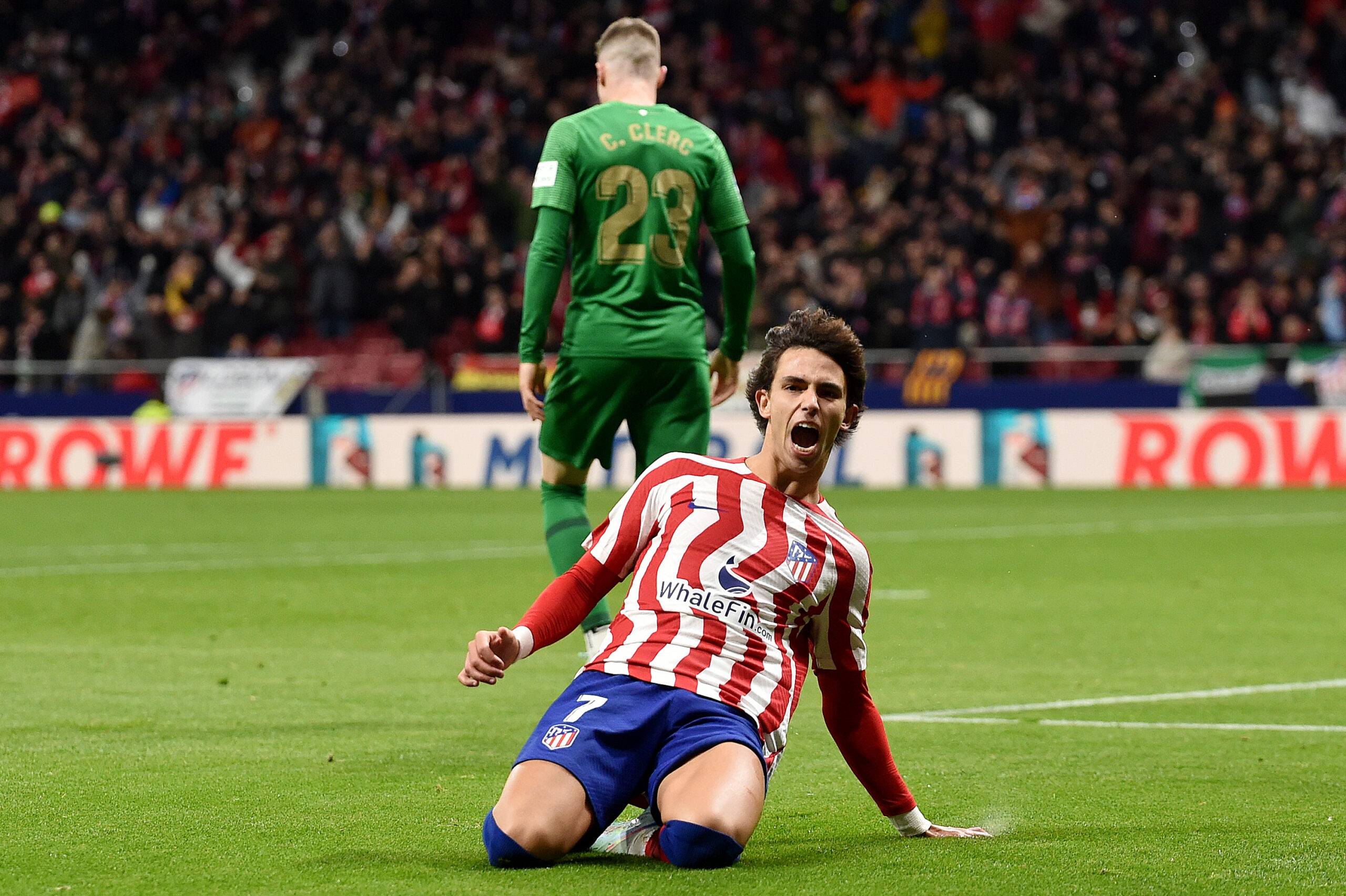 Joao Felix may be a step closer to moving to the Premier League after being left out of Atletico Madrid’s squad for tonight’s Copa del Rey match against Real Oviedo.

Felix’s relationship with manager Diego Simeone appears to be fractured beyond repair and a January exit looks increasingly likely.

He has made just ten starts for Atletico this season, sparking talk that he needs a move elsewhere to revitalise his career.

Felix produced some solid performances for Portugal at the World Cup, highlighting that he still has the potential to shine on the biggest stage.

Manchester United and Chelsea have been heavily linked with Felix, although Atletico’s excessive demands are making a deal difficult.

The La Liga giants are reportedly asking for a £13 million loan fee for Felix and want his £5.3m salary covering for the duration of the loan.

United have baulked at Atletico’s demands, while Chelsea are now rumoured to be considering other potential targets.

A total package in excess of £18m is undoubtedly a massive outlay for a player who has plenty to prove following a disappointing spell in Spain.

From United’s perspective, they effectively have an additional £16m to play with after severing ties with Cristiano Ronaldo in January.

If they are serious about qualifying for the Champions League, ploughing that amount into a short-term deal for Felix could be a sensible investment.

On that basis, United appear to be Felix’s most likely destination, but only if Atletico reduce their demands to a more realistic level.

However, there is also an argument to suggest that United should steer clear of Felix and target a more permanent attacking solution next summer.

Felix has not lived up to expectations in La Liga, and there is no guarantee he would be a hit in the Premier League.