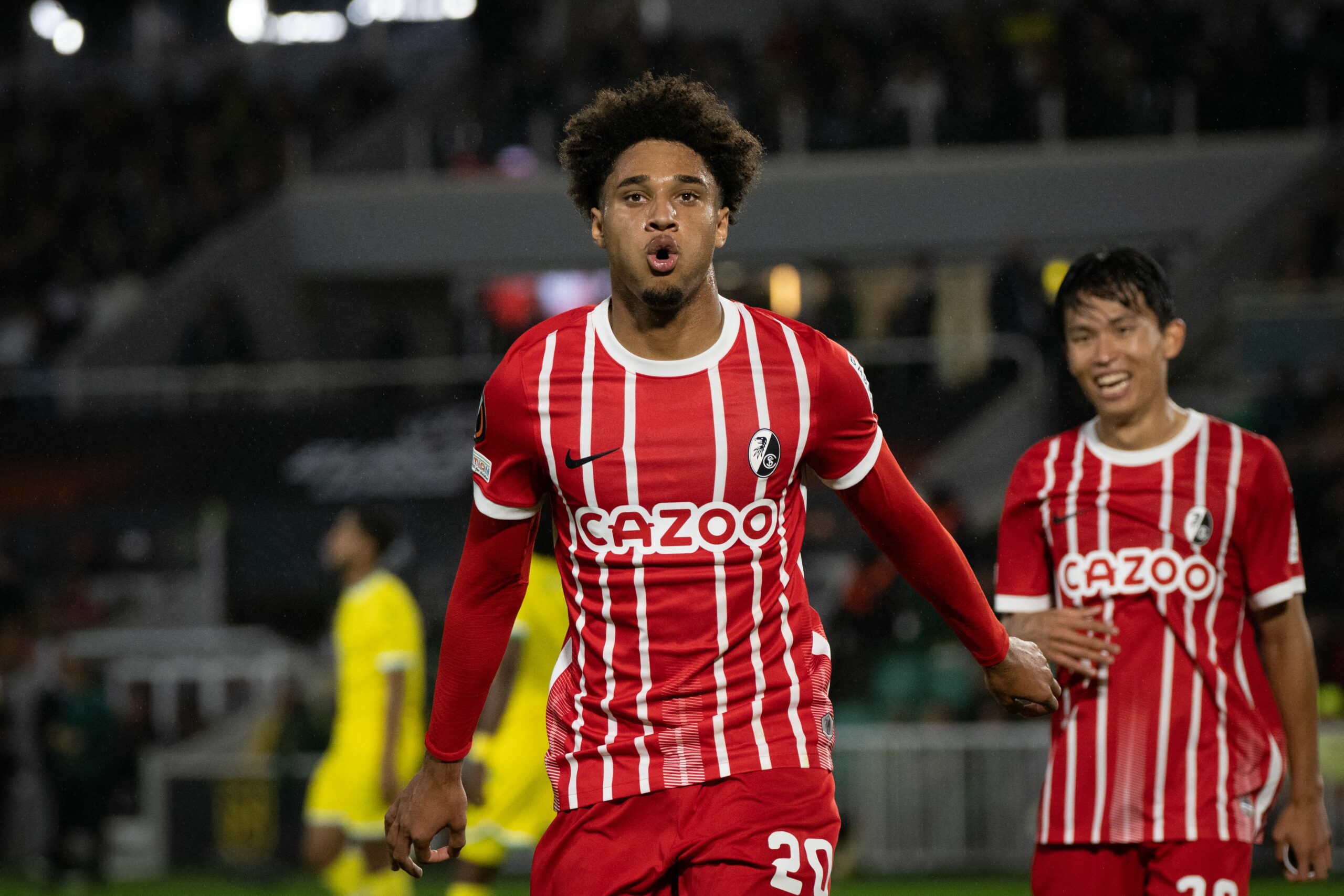 Brentford have completed the signing of attacker Kevin Schade from Freiburg on loan until the end of the season.

They will make the deal permanent for a club-record fee of around £20 million in the summer.

Schade has signed a five-year deal with the Bees. The 21-year-old speedster hails from Freiburg’s academy and is one of the shining young talents in the Bundesliga.

The Germany under-21 international is also the most expensive sale in Freiburg’s history. It surpasses the deal that took Caglar Soyuncu to Leicester City in 2018.

Schade can play across the front line but prefers the right side of attack.

Brentford tried to sign Schade last summer but failed. They returned for their man and got him the second time of asking.

“He is a young, promising talent that we see a big potential in. We have been following him for a while and we think he will suit our style of play.

“Kevin can play anywhere across our front three positions. He could play for us on either wing or as the central striker. Kevin has great pace and is very promising in the way he runs behind defences.

“He is very good aerially, in both boxes, and can develop even more to be a real threat as an offensive option with his head.

“We like the way he presses when the team do not have the ball. He is willing to work very hard for his team. We see him as a player that could have a big potential to be a fine goal scorer and it is great to have him at Brentford. Our coaching staff are looking forward to working with him.”

“Kevin is a player we wanted to sign last summer, but unfortunately a combination of factors, including that he was out injured in September, made that impossible,” director of football Phil Giles added.

“We are therefore pleased to have finally secured the transfer early during this transfer window. He initially joins on a loan deal, but we have pre-agreed with Freiburg and Kevin a set of circumstances which will see him join permanently in the summer.

“I am confident that Kevin will be with us in the long term and look forward to working with him for the next five-and-a-half years.”

Schade has scored only one goal in eight appearances this season, but he is still a promising talent. He suffered an abdominal strain that sidelined him at the beginning of the season, making chances sparse.

He joined Freiburg’s academy in 2018 before making his first-team debut in 2021. He has since made 36 appearances for the Breisgau-Brasilianer in all competitions, scoring six and assisting four.

Schade is a rapid attacker that can get past his man with ease. He also knows how to get into the box and get shots off.

He is Brentford’s first January transfer window signing, but it is unclear if they will bring in more reinforcements.