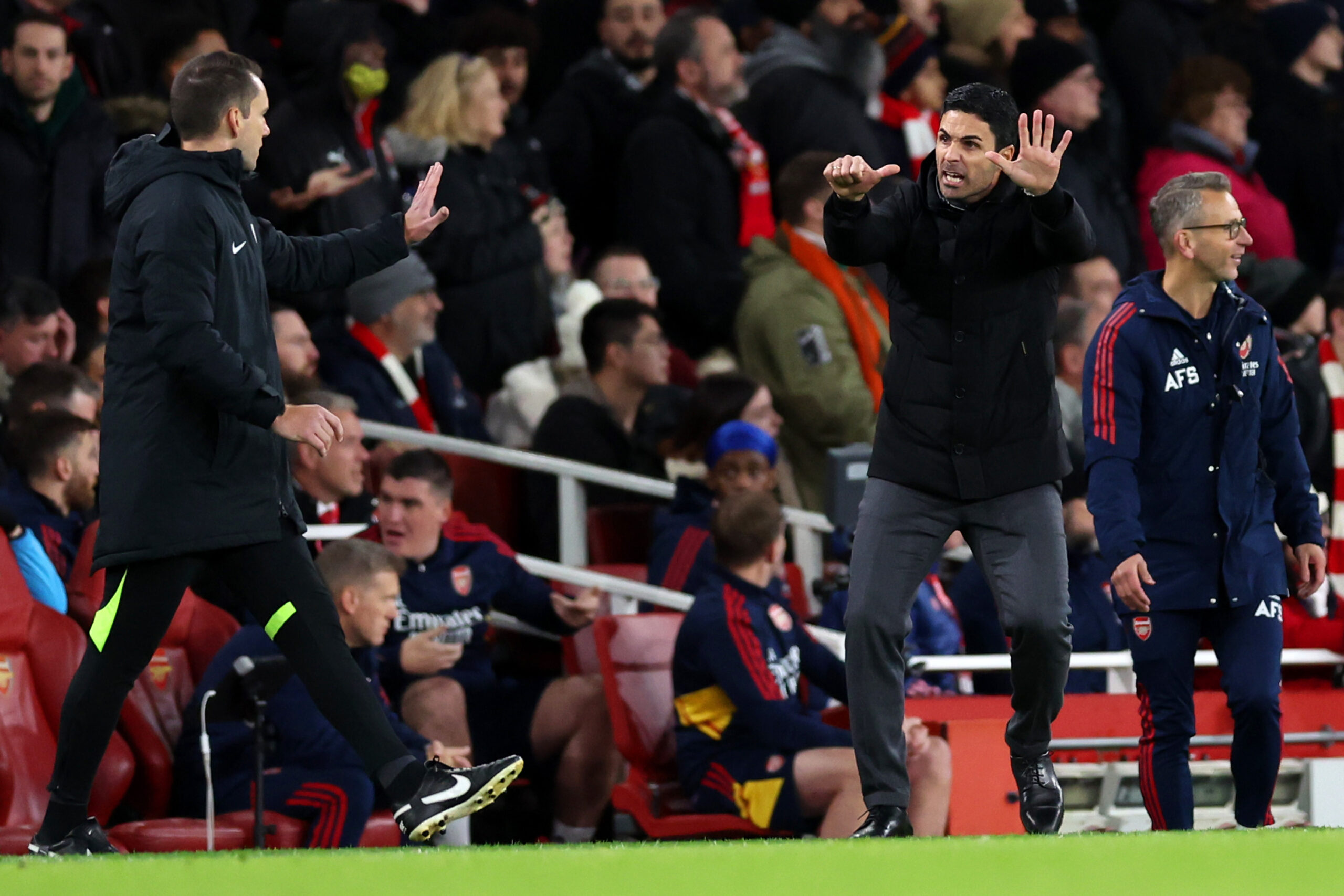 If you are an Arsenal fan, you will probably have loved watching Mikel Arteta perform his touchline antics against Newcastle United last night.

Arteta was raging after his side was denied what he felt were two clear penalties in the game at St James’ Park and let rip in his post-match interview.

“I’m really proud of the way we played – the way we dominated the game,” Arteta said (via the Guardian).

“We lacked that spark in the final third to find the extra pass and, a little bit, the finishing quality.

“We had a lot of situations around the box to do better, and then there were two scandalous penalties.”

The Premier League must censure Arteta

While ‘passion’ is part and parcel of English football, Arteta has repeatedly been allowed to get away with murder on the touchline.

Arteta’s constant berating of officials is tiresome, while his refusal to remain within the boundaries of the technical area should be clamped down on.

Quite how he hasn’t been taken to task more by opposing managers is anyone’s guess, although it is likely to be just a matter of time before he sparks a major incident with his behaviour.

His complaints last night masked Arsenal’s deficiencies – it was a game they should have won, but they weren’t good enough to get the job done.

If the Premier League continue to turn a blind eye to Arteta’s disrespectful antics, they run the risk of their officials being influenced in bigger games.

Although the stakes are high in the Premier League, there is simply no excuse for the way Arteta conducts himself during matches.

We’ve seen it before where the likes of Liverpool manager Jurgen Klopp have been allowed to behave deplorably on the touchline without censure.

It is time Arteta was brought into line before he goes too far.