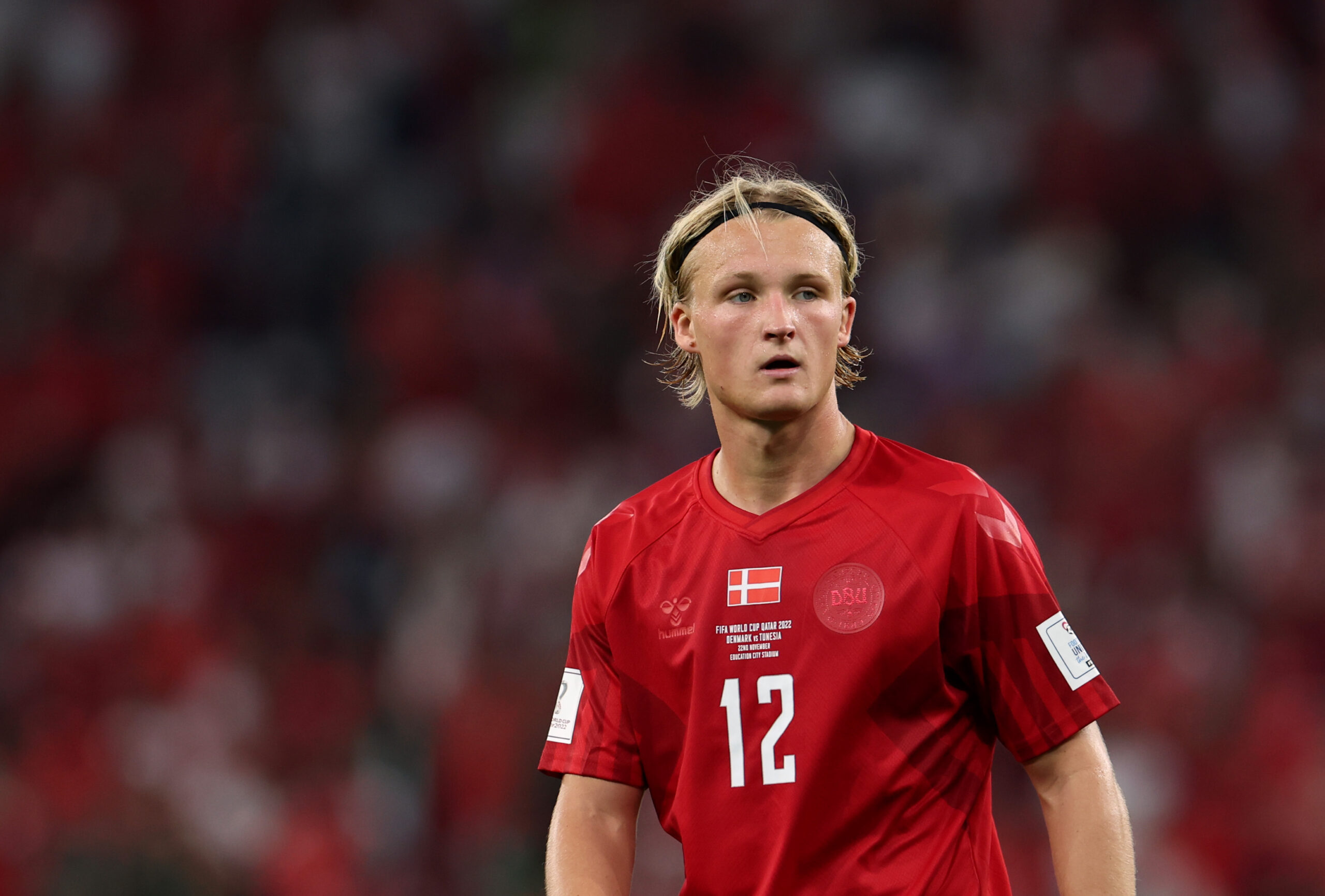 TSG Hoffenheim have announced the signing of OGC Nice striker Kasper Dolberg on loan for the second half of the 2022-23 campaign.

The Danish international moved to Sevilla on a season-long loan last summer but struggled to make his mark at the Ramon Sanchez Pizjuan.

Off the back of helping Nice to an impressive fifth-placed finish in the 2021-22 Ligue 1 campaign, Dolberg managed just four appearances and played a combined 198 minutes in La Liga.

Dolberg has now opted to cut short his underwhelming stint with Nice in favour of a move to Hoffenheim as he looks to breathe fresh life into his stalling career.

The deal includes a non-mandatory purchase option for Andre Breitenreiter’s men, who are currently 11th in the Bundesliga standings and looking to add more sting at the attacking end of the pitch.

“Kasper is a centre forward who is characterised by his intelligent playing style as well as his excellent ball treatment, his dynamics and a certain physicality,” said Hoffenheim director Alexander Rosen via the club’s official website.

“He can become goal-dangerous at any time with clever running paths and, in addition to his quality at the end, has the ability to fasten the ball well with his back to the goal.

“We are convinced that he can give our game a component that we do not yet have in our squad in this form and are also happy that there has been the opportunity to win such a player for us against the background of our personnel situation in the attack.”

Dolberg quickly burst onto the scene with Eredivisie heavyweight Ajax before completing a sensational move to Nice in an £18.45 million deal in August 2019.

The 25-year-old, whose contract with the Ligue 1 side runs until the summer of 2024, has been a mainstay for the Danish national team since his debut in November 2016.

He has made 40 appearances for De Rod-Hvide — including three in the just concluded World Cup — and boasts 11 goals and two assists to his name.

Dolberg made 85 appearances across all competitions at the Allianz Riviera, racking up 24 goals and seven assists across three seasons.