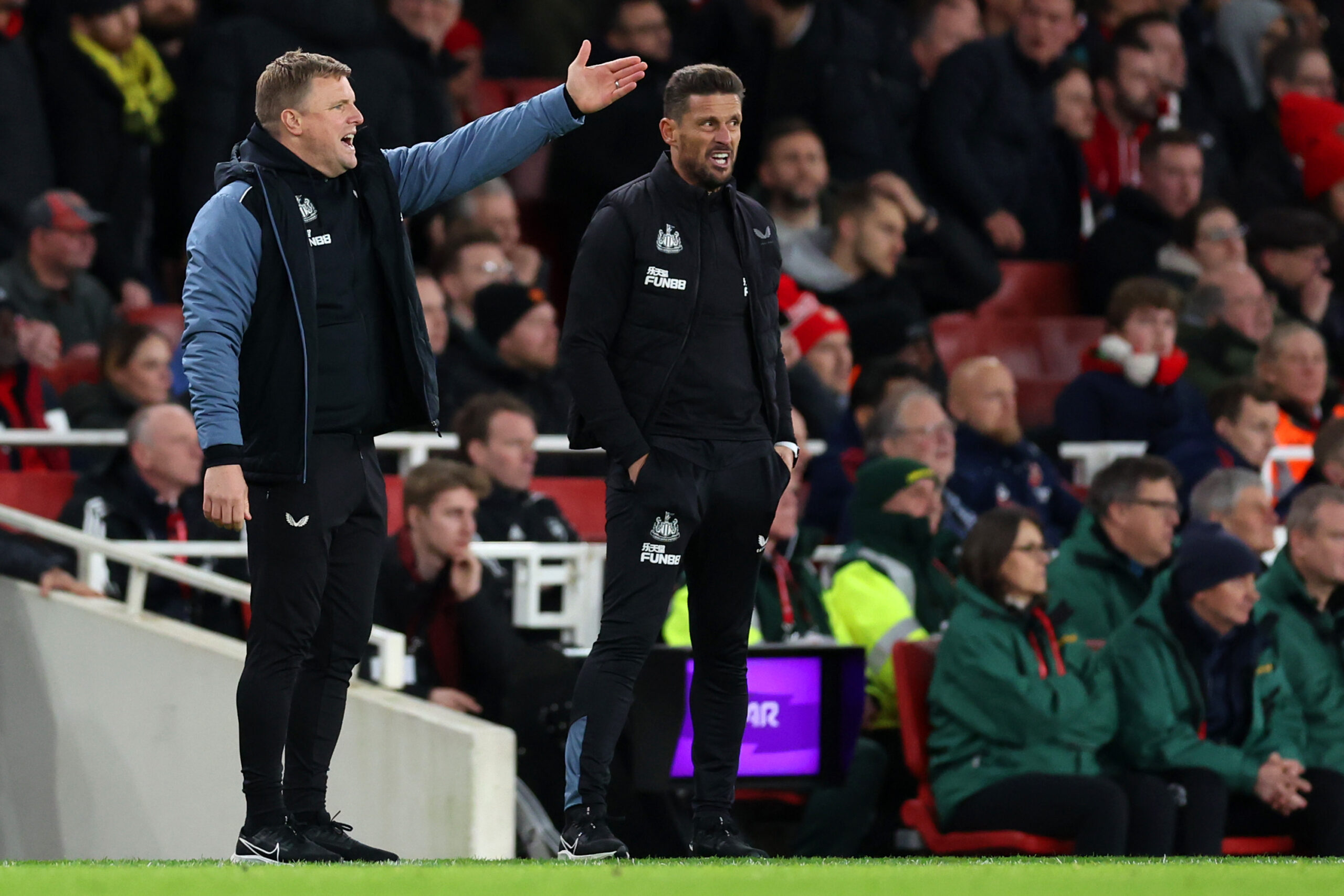 Newcastle United manager Eddie Howe has denied rumours Cristiano Ronaldo will join his club on loan if they qualify for the Champions League.

There were rumours Ronaldo, who recently completed a move to Saudi Arabian club Al-Nassr, would join the Magpies if the club finished in the top four.

However, Howe shut down those rumours before Newcastle’s goalless draw against Arsenal today.

The 45-year-old manager told Sky Sports: “We wish Cristiano all the best, but there’s no truth in that from our perspective.”

Newcastle held the Gunners at St James’ Park, ending their winning streak. The Magpies have only lost to one of the Premier League’s ‘Big Six’, Liverpool, this term.

They have kept more clean sheets (ten) and conceded fewer goals (11) than any other team in the Premier League this season.

They are currently on the longest unbeaten streak in the league and have not lost in 13 games. They are third in the league, level on points with Manchester United.

The draw puts a little bump in Arsenal’s title charge. They are still top of the table and lead Manchester City by eight points. But the Cityzens can narrow the gap to five points when they face Chelsea on Thursday.

The draw is only the second time Arsenal head coach Mikel Arteta has dropped points against Newcastle.

Newcastle now face Sheffield Wednesday in the third round of the FA Cup before taking on Leicester City in the quarter-final of the Carabao Cup. They will then meet Fulham on January 15.

Arsenal play Oxford United in the FA Cup before a north London derby against Tottenham Hotspur.