Chelsea on the verge of sealing a move for Enzo Fernandez 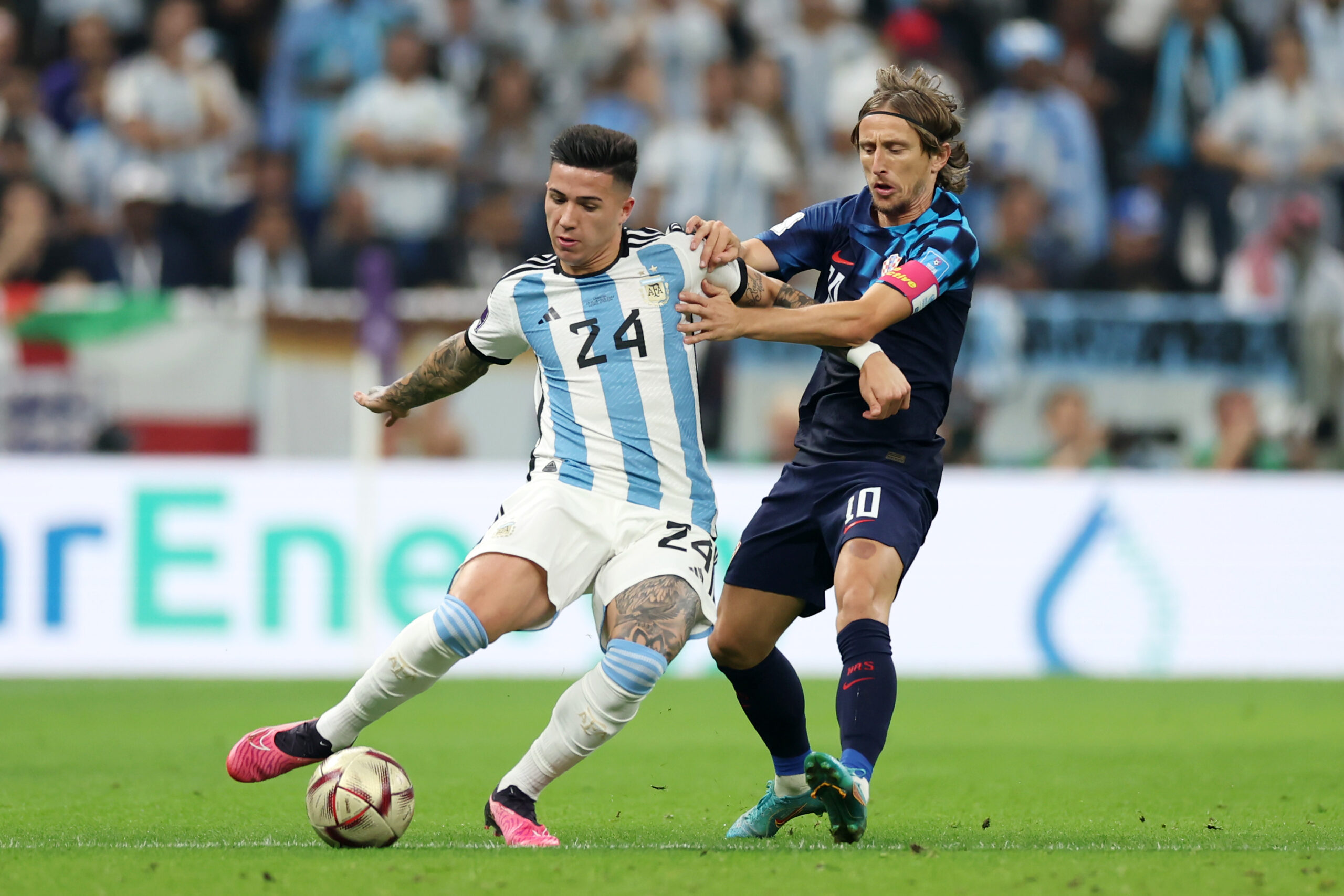 The Blues are working on the final details as they have agreed to pay the Portuguese outfit a whopping €127 million in instalments, which means he will surpass Romelu Lukaku as the club’s most expensive signing.

The Argentine midfielder became one of the most sought-after players in Europe following his stellar World Cup campaign.

He was brilliant throughout the tournament, helping La Albiceleste lift the title while bagging the best young player of the tournament award for himself.

The 21-year-old ranks in the 99th percentile for the most number of passes attempted and progressive passes and 96th percentile for most tackles during the World Cup (Fbref) – which highlights his playmaking and defensive prowess.

Fernandez also has a knack for scoring goals from long range, as was seen this season with Benfica and Argentina.

Real Madrid, Manchester United, Liverpool and Paris Saint-Germain were competing for the Argentine sensation, but Chelsea have won the race for his signature.

Having agreed personal terms with Fernandez, the Blues are looking to reach a final agreement sooner over his transfer in January.

It looked as though Fernandez’s transfer was impossible in January due to his enormous valuation, but the Blues were steadfast in not missing out on one of the most coveted midfielders.

The west Londoners need reinforcements after enduring a disappointing first half this season.

Fernandez will be a quality addition who will greatly improve Chelsea’s midfield. His well-roundedness will also be of great use to manager Graham Potter.

The Blues are also set to sign Monaco defender Benoit Badiashile, having struck a deal with the Ligue 1 club for around £34 million.

Potter’s men were held to a draw against Nottingham Forest on New Year’s Day, which leaves them eighth in the Premier League standings.