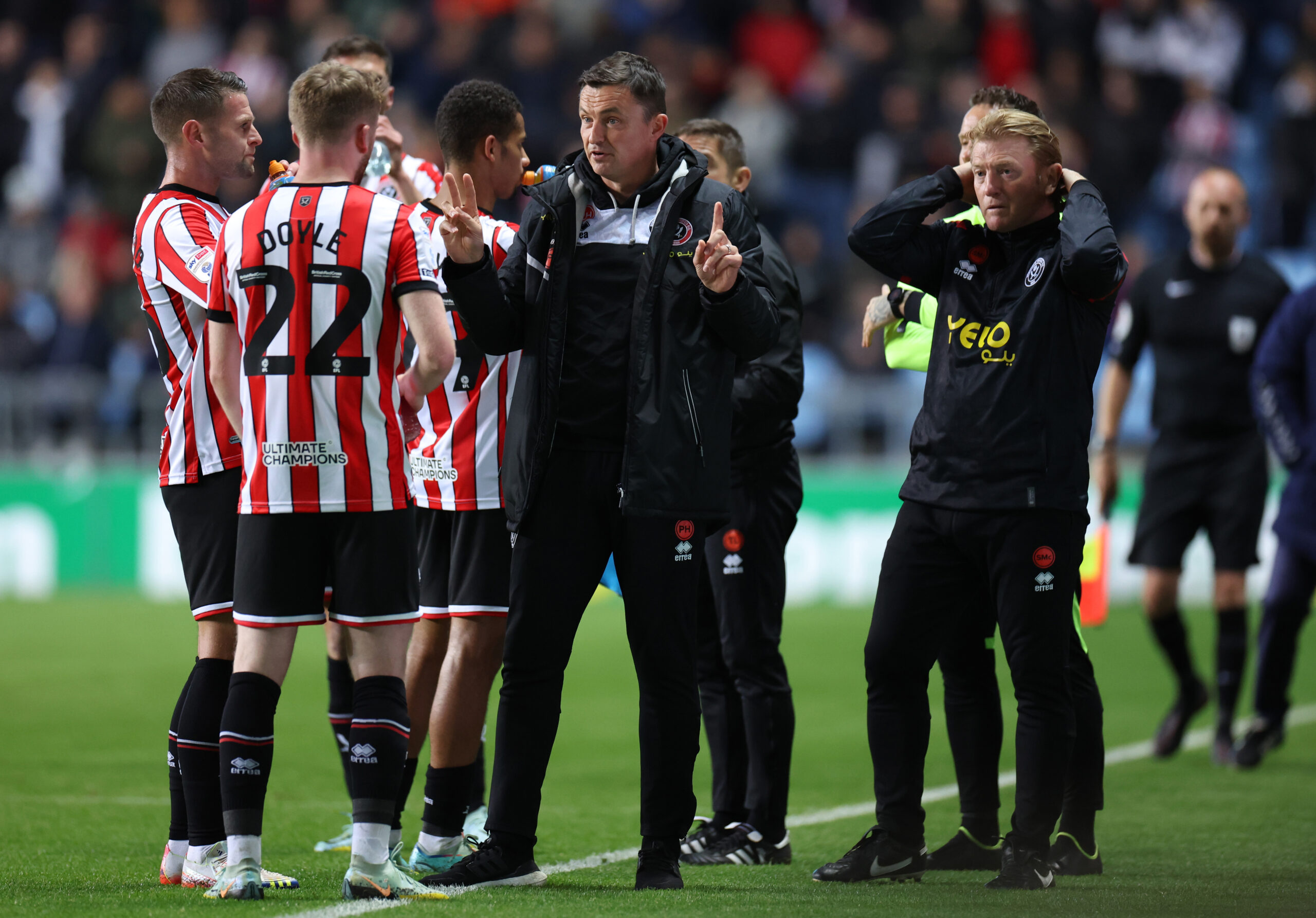 Sheffield United assistant coach Jack Lester has hailed the support his side received from their fans in their recent win against Blackpool.

Around 3,500 Blades fans made the trip to Bloomfield Road and drowned out the home supporters.

The 47-year-old, head of player development for the club, believes the fans can play a crucial part as they seek promotion to the Premier League this season.

“We meet the games head-on, and we have been wonderfully backed in the stands as well,” Lester said (via The Star).

“They’re a noisy lot away from home, which is fantastic, and it does come onto the pitch.”

“We had the entire side of the ground against Blackpool, and it really felt like a home game, if you like, in terms of the backing we got. And I think that goes a long way as well.”

Sheffield United face Queens Park Rangers tonight, looking to keep the pressure on league leaders Burnley. The strong support from their fans will be crucial.

The Blades have won their four games since the resumption of the Championship. Their latest victory was their eighth in their last nine outings.

A win over QPR will help put some distance between them and the chasing pack. It will also strengthen their push to finish in the automatic relegation spots.

United have no fresh injury concerns following the Blackpool game. Jayden Bogle and Max Lowe got more minutes in their legs and their return is a boost to the Blades’ promotion hopes.

QPR are 14th in the Championship. The London club lost 3-0 to Luton Town on home soil in their last game.

It was their first defeat under new boss Neil Critchley after he picked up four points from his first two games.