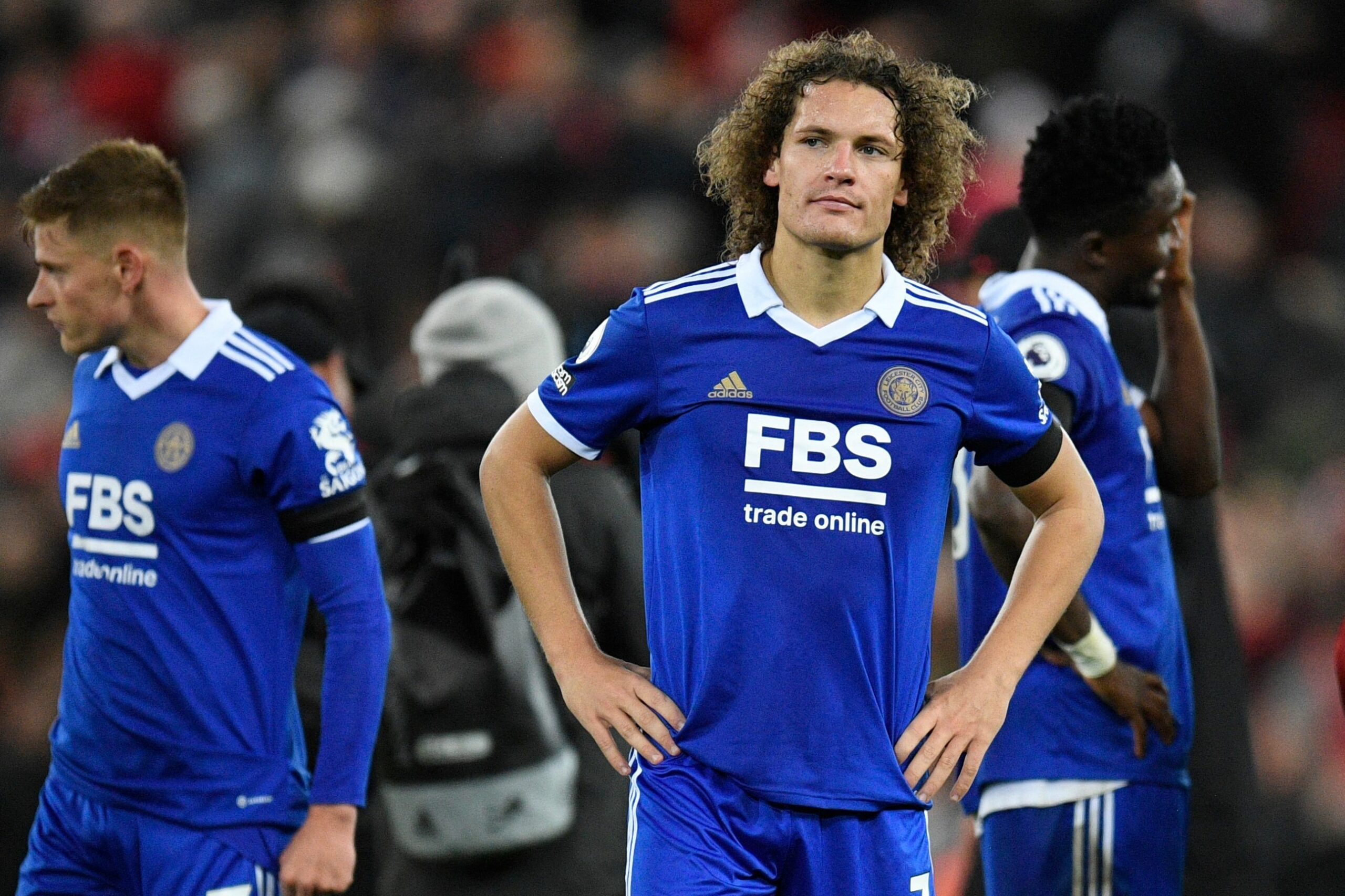 King Power Stadium forms the backdrop for Leicester City’s desperate attempt to put a nightmarish 2022 behind them as Premier League surprise package Fulham visit the Midlands on Wednesday.

Wout Faes must be the happiest man in England to see the back of 2022 after becoming only the fourth player in Premier League history to bag two own-goals in a single match.

His comic blunders down the final stretch of the first half of Leicester’s trip to Liverpool on Friday helped the Reds turn an early 1-0 deficit into a 2-1 victory and rain down more problems on Brendan Rodgers’ head.

In less than six months, Rodgers’ men have gone from genuine European contenders to relegation fighters, so waving goodbye to 2022 may be the best thing to have happened to the Foxes this season.

That’s, of course, if 2023 brings a change in fortunes. Leicester must bounce back from back-to-back league losses to avoid being drawn back into a relegation battle.

With only four points separating them from the drop zone, Fulham could expedite the process if they can build on an insane form upon the Premier League restart in December.

Marco Silva’s men first eased past a nine-man Crystal Palace 3-0 on Boxing Day before goals on either side of half-time saw them edge Southampton 2-1 on New Year’s Eve.

Since the Cottagers trail sixth-placed Liverpool by a mere three points, they’ve not only downplayed their reputation as a ‘yo-yo’ club but can now dream of securing European football for the first time since 2009.

There’s not much Leicester fans can cheer for these days, but there’s a glimmer of hope as the Foxes have commenced a new calendar year with a league loss only once in the last 14 years (W9, D4).

However, after losing their last two Premier League home outings ‘to nil,’ they face the risk of losing three in a row without scoring in the top flight for the first time since 1983.

Rodgers could be the catalyst to turn Leicester’s fortunes around on Tuesday, as he boasts an outstanding record of eight wins from his nine previous Premier League matches against Fulham as a manager (L1).

Fulham may be riding on the crest of a renaissance, but they cannot take anything for granted, having lost two of their last three league meetings with Leicester (W1).

Consistency remains a huge issue for Silva’s men as their last five away league games have fluctuated between victories and defeats (W3, L2), including the abovementioned demolition of Palace on their latest travel.

Luckily for Fulham, football often doesn’t follow the script, but if they’re to win consecutive away league encounters against the Foxes for the first time since 1967, they’d be better off flying out of the traps.

Leicester City vs Fulham, alongside all other fixtures in England’s top flight, is available to watch online via live Premier League streams.

Leicester and Fulham have experienced contrasting fortunes since the Premier League’s return on Boxing Day.

The Foxes cannot catch a break this season, as most recently evidenced by their tragic loss at Anfield, while Silva’s men look to be building a head of steam.

While Rodgers can barely afford another sub-par result, we have no other option but to back the Cottagers to pour more misery on a devastated King Power.