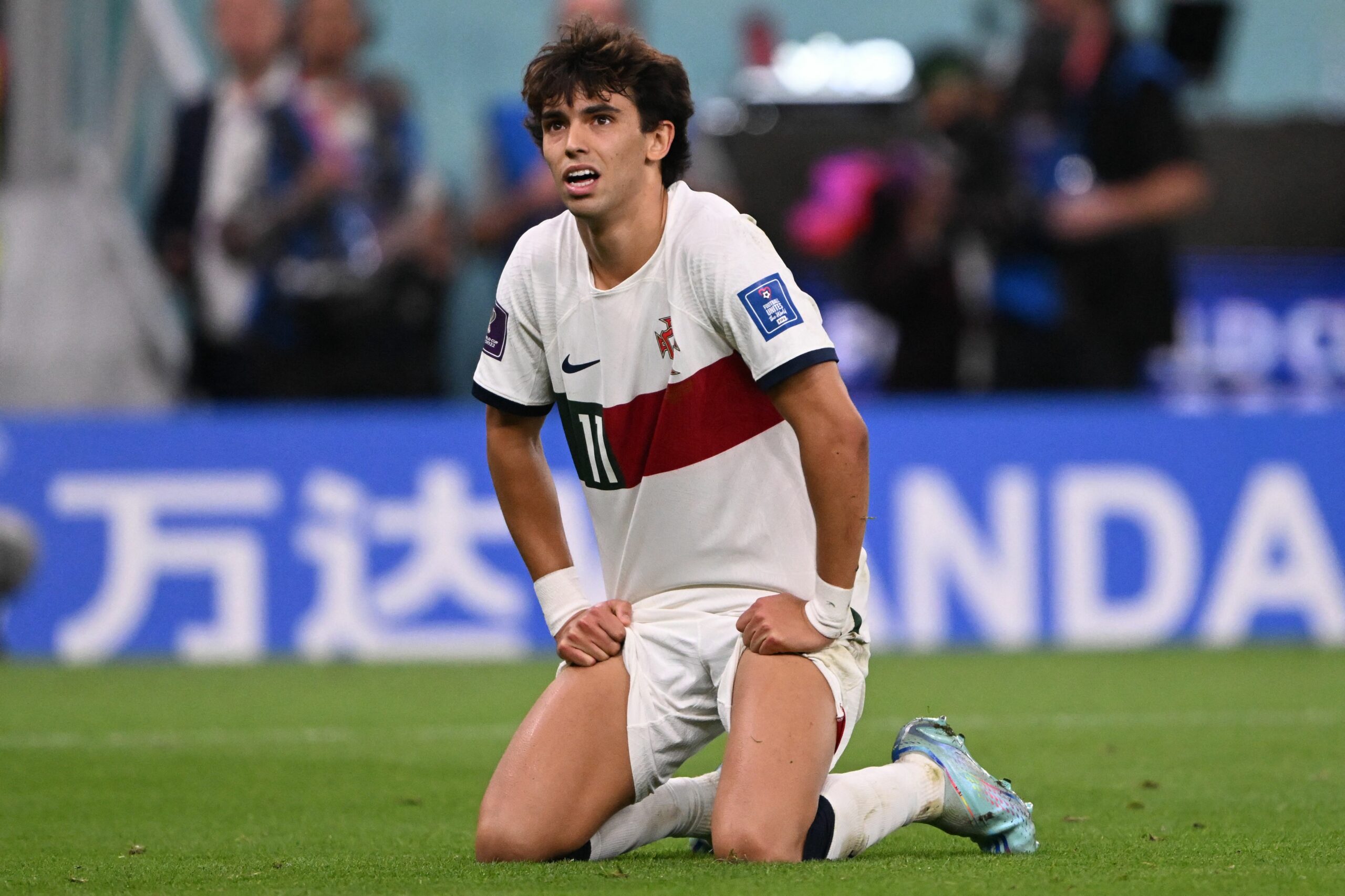 There has been plenty of speculation regarding Atletico Madrid star Joao Felix.

The 23-year-old is expected to leave the Spanish giants this month after his fall-out with manager Diego Simeone.

Atleti splashed out €126 million to secure a deal for the Portugal international in 2019. However, he has failed to live up to expectations at the Estadio Metropolitano.

The forward has started only six matches in La Liga this season, bagging four goals and three assists.

According to The Athletic, Atletico are open to letting him leave on loan but want around €15 million plus €6m gross salary. Arsenal, Manchester United and Chelsea have all been approached.

The Gunners are in the market for a forward following the injury to Gabriel Jesus during the World Cup. They have been heavily linked with a move for Mykhailo Mudryk but Felix is also an option for them.

United need reinforcements in attack as Cristiano Ronaldo’s departure means they only have Anthony Martial as their senior centre-forward.

Chelsea are also keen to bring in reinforcements for the second half of the season to help their top-four push.

Felix has failed to make a huge impact in Spain but there is no doubt that he is hugely talented.

He starred for Portugal at the World Cup despite the team being dumped out of the tournament in the quarter-final.

However, €21m would be a huge sum for a loan deal, and none of the Premier League clubs are likely to spend that amount.