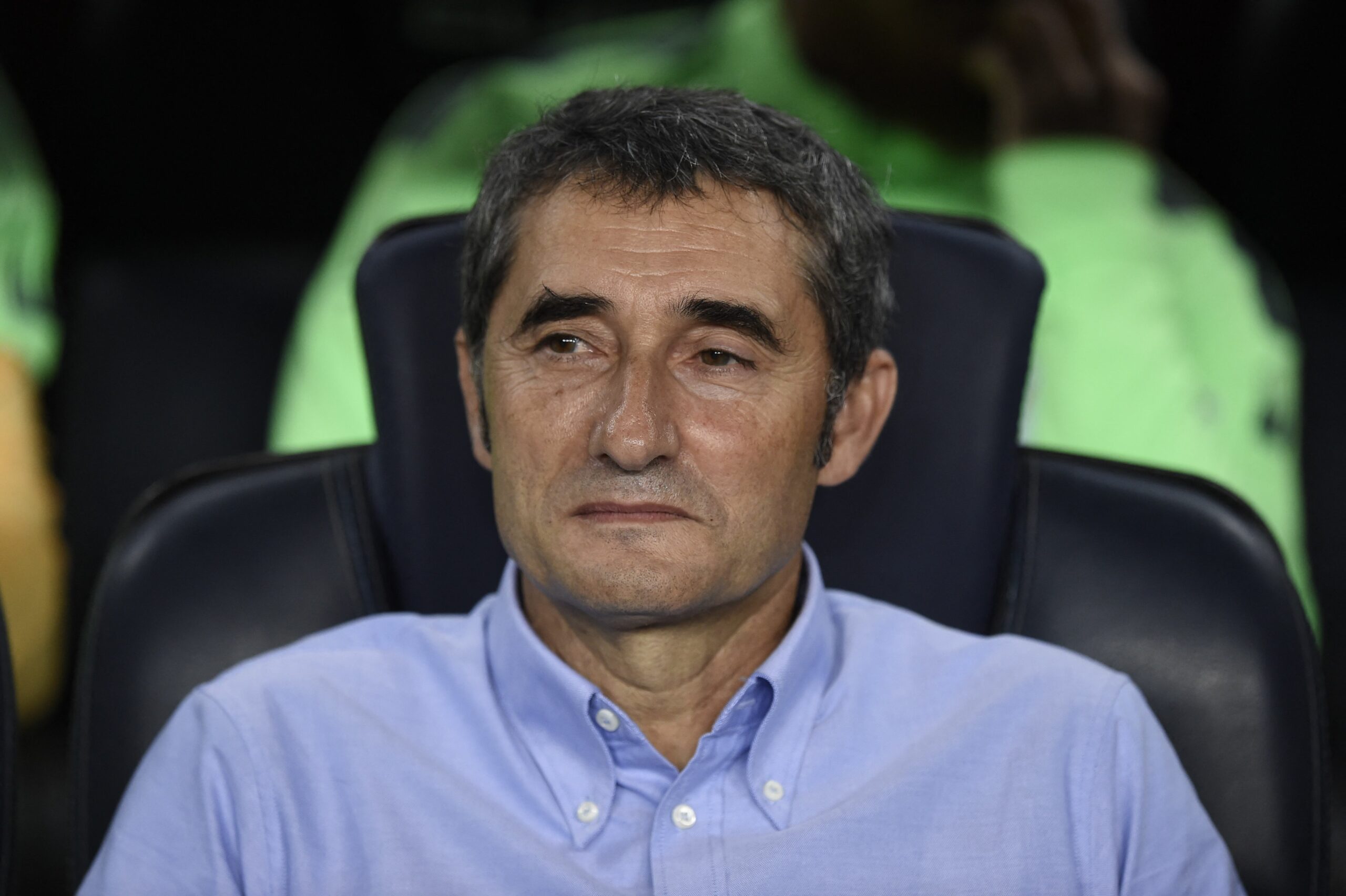 Athletic Bilbao will take their time over extending the contract of manager Ernesto Valverde according to Mundo Deportivo.

Valverde joined the club for a third spell last year but only on a one-year contract. His deal expires in June 2023.

However, new club president Jon Uriarte said the club are not hurrying to extend Valverde’s stay at the San Mames.

“Valverde has been more than a luxury for an incoming board like us,” he said.

“He is a club man. He is not thinking about his own interests but about the interests of Athletic. We are in no hurry, neither he nor I.”

Valverde famously played for the Basque club between 1990 and 1997. He also coached the club in two different spells and led them to the 2015 Spanish Super Cup.

The club and the manager trust each other, and that understanding will be crucial when negotiating a new deal for the former Barcelona manager.

Los Leones know that Valverde is a massive asset in the dugout. They are currently fifth in La Liga, which would take them into the Europa League if they stay there.

Athletic have not qualified for Europe for the past few years, and progressing to UEFA’s second-tier competition would be big news.

The club are also wary about Inigo Martinez‘s contract, which expires in six months.

An extension is an option for the defender and he has been strongly linked with a move to Barcelona.

The Catalans reportedly made a lowball bid for Martinez last summer due to his expiring deal. Athletic insisted his release clause was met.

There is a possibility that Barcelona may return for Martinez this January transfer window, and Athletic could sell to avoid losing him on a free transfer next summer.