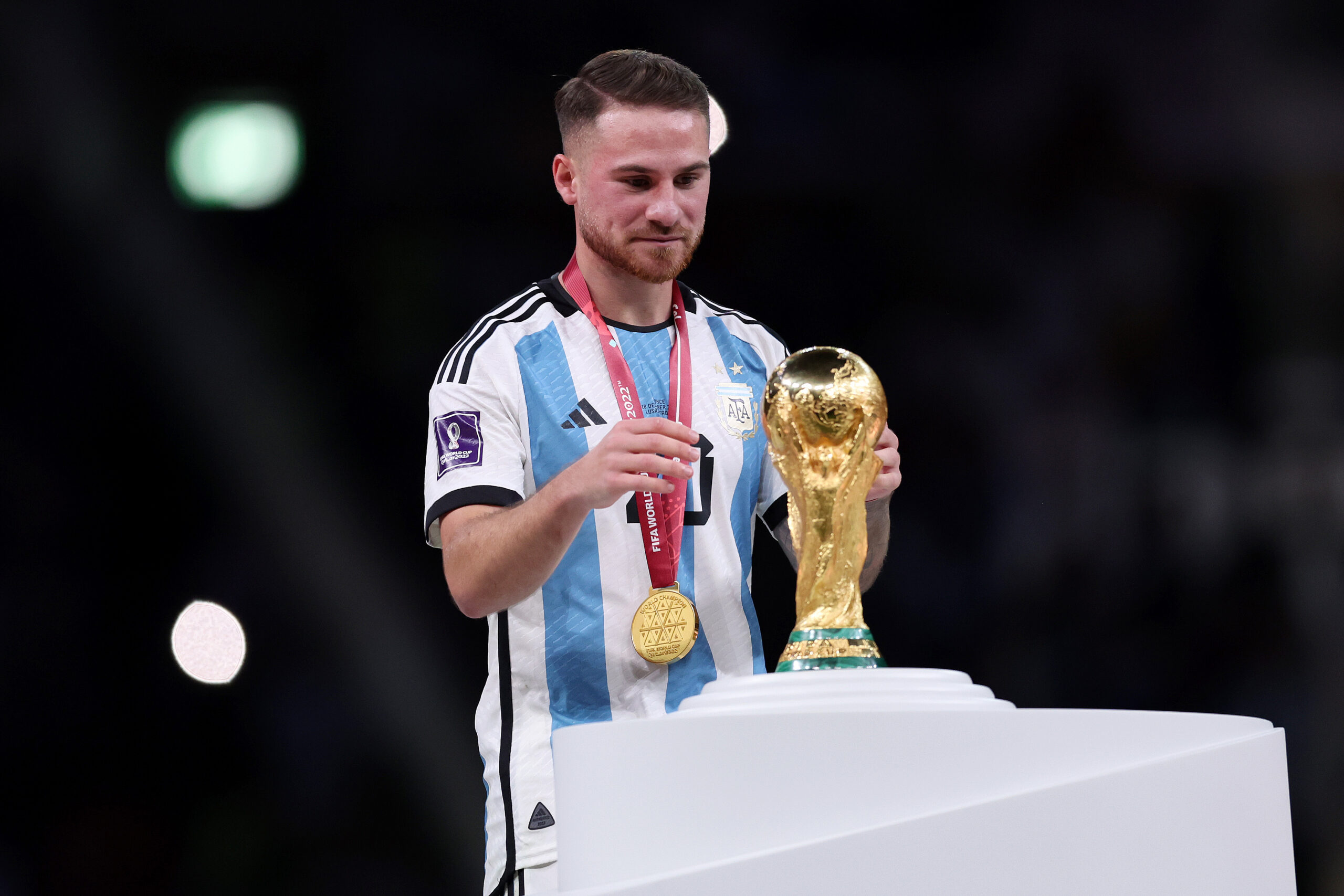 Brighton & Hove Albion Chief Executive Officer Paul Barber has confirmed that the club is in contact with Alexis Mac Allister over a new deal.

Mac Allister has performed impressively for Brighton this term, registering five goals and two assists across all competitions.

The 23-year-old also starred for Argentina en route to success in the recently-concluded FIFA World Cup where he set up Angel Di Maria to make it 2-0 in yesterday’s final.

Unsurprisingly, Mac Allister is gathering interest from a host of top teams but his current employers, as confirmed by their CEO, are keen to tie him down even further.

“He’s a really calm presence, a nice lad off the pitch and a very, very good footballer.

“I think when players do well, when their profile increases, there’s always interest – there was interest before the World Cup, and I’m sure there will be even more afterwards.

“We were working on a new contract in the build-up to the World Cup. We met Alexis’ father several times.

“All you can do in situations where you’ve got a great asset is to try and protect yourself as best as possible and we hope Alexis will continue to play with us for some time to come.”

With Mac Allister’s existing deal at the Amex Stadium not running out until 2025, Brighton have significant time on their hands to negotiate a new deal.

However, the Seagulls may eventually have to cash in on yet another one of their key players as seen in the case of last season’s Player of the Year Marc Cucurella, who moved to Chelsea having been initially courted by Manchester City.

In the meantime, Roberto De Zerbi’s men have their sights set on a place in the quarter-final of the Carabao Cup on Wednesday when they face off against Charlton Athletic.