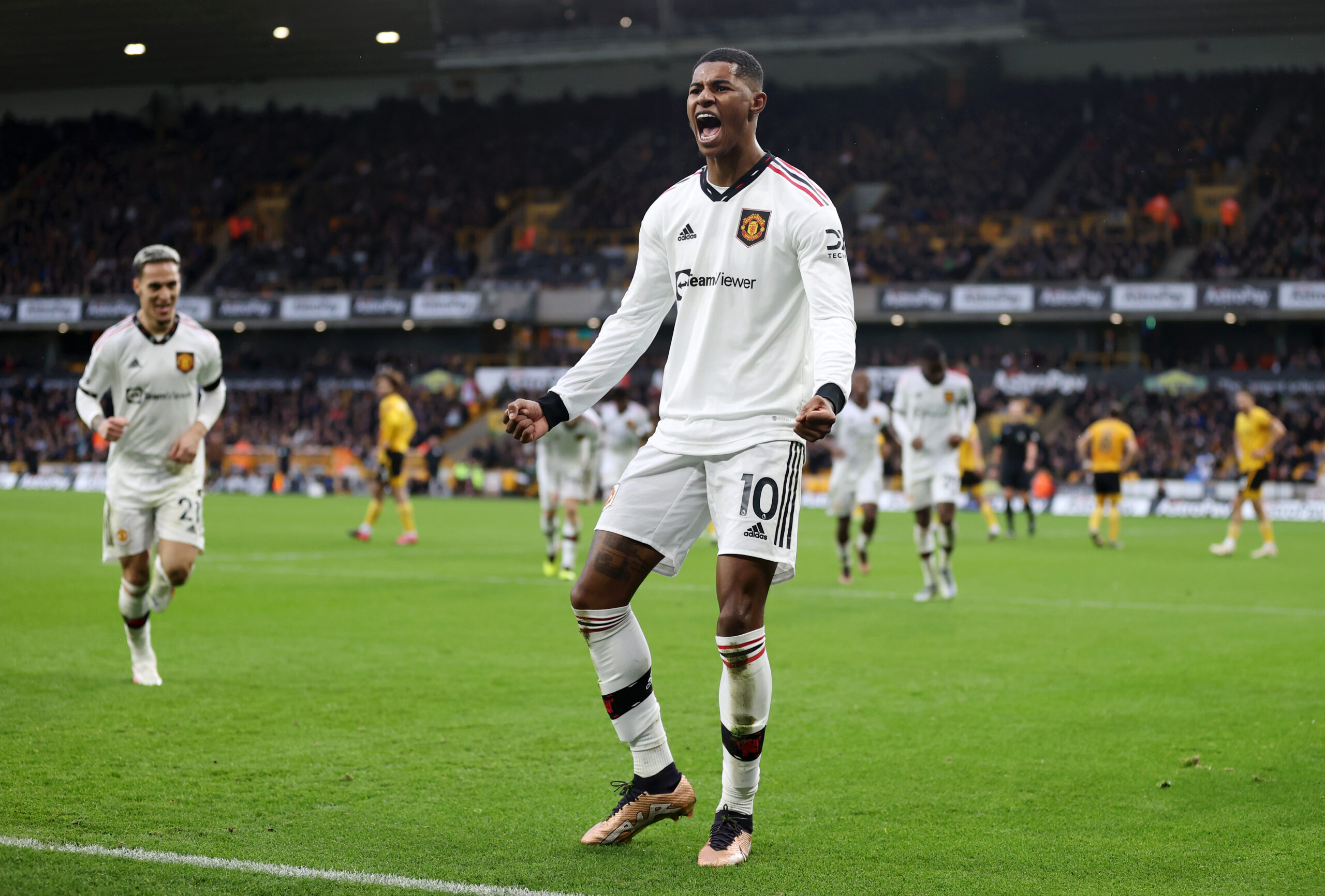 United came close to benefitting from a scrappy start to the game as Wolves defender Nathan Collins made an epic blunder to fire the Argentine one-on-one with Jose Sa.

But despite having all the time in the world to pick out his angles from point-blank, Garnacho made it easy for the Portuguese goalkeeper to thwart his attempt in the 17th minute.

Action was back and forth throughout the first half at Molineux, but neither side came up with anything worth mentioning, especially Lopetegui’s men.

Following a 2-1 victory at Everton on Boxing Day, Wolves returned to their nasty habits of chasing the ball around without a plan or idea on how to put David de Gea to the test.

While the host looking toothless in the front third is nothing odd or unusual, given their measly average of 0.62 goals per Premier League game this term, United’s underwhelming performance was a bit off.

Ten Hag’s side struggled to mount continuous pressure on the Wolves’ backline despite having more of the ball but still managed to knock on Sa’s door one more before half-time.

Tyrell Malacia whipped in a delightful cross from the edge of the penalty area, but though he was left unmarked just outside the six-yard box, Antony could only direct his weak header into Sa’s safe arms.

And when everyone thought it was all said and done in the first half, the Red Devils orchestrated another threatening attack on the left, with Garnacho putting the ball into the danger area.

However, Anthony Martial, who was on the scoresheet in United’s 3-0 demolition of Nottingham Forest on Boxing Day, inexplicably failed to turn the Argentine’s delivery into the net.

Aware of his side’s sub-standard first-half display, ten Hag reached out to the bench already at half-time, withdrawing Garnacho for Rashford.

Like his United counterpart, Lopetegui was anything but impressed with Wolves’ showing in the opening 45 minutes as he left veteran striker Diego Costa in the dressing room at the break, introducing Adama Traore.

Wolves made the first threat in the second half as Ruben Neves unleashed a thunderous free-kick from long range, forcing de Gea’s diving save.

But Lopetgui’s defensively-minded substitutions after the break backfired on the home side in the later stages, with Rashford dancing his way past a couple of defenders before smashing the ball past Sa to open the scoring.

The Englishman thought he had his second of the game when he slotted the ball into the net following a sloppy play inside Wolves’ box in the 84th minute.

However, VAR rightfully disallowed his goal for a handball, which almost came back to haunt United deep into stoppage time.

Second-half substitute Raul Jimenez had a golden opportunity to rescue a point for Lopetegui’s side but was denied by de Gea on the line.

Nelson Semedo (4/10) – Held up his end of the bargain at the back, keeping Garnacho quiet but looked nervous from the get-go and had to be replaced early in the second half.

Nathan Collins (4/10) – Lucky to have had Sa to watch his back. Otherwise would’ve been the only culprit for Man Utd’s opener.

Max Kilman (6/10) – Far more dependable than his colleague, had Anthony Martial in his back pocket throughout the game and showed composure to keep the ball moving from the back.

Ruben Neves (7/10) – It’s a shame the Portuguese ace plies his trade at out-of-sorts Wolves. Didn’t have one poor decision and helped his side look competitive in a fierce midfield battle.

Joao Moutinho (5/10) – Well past his prime, the veteran midfielder had too much ground to cover without much gasoline in the tank. Comfortably bypassed when his opponents stepped on the gas a few times.

Daniel Podence (4/10) – Despite trying to orchestrate something meaningful for his side, lacked conviction and struggled to invent a single killer pass.

Hwang Hee-chan (2/10) – It’s hard to say why he lasted so long today. Struggled to cope with Malacia’s pace and didn’t have contact with the ball in the final third.

Diego Costa (2/10) – Playing as a lone striker for a side as ineffective as Wolves must be frustrating for a player of Costa’s quality. May have had one touch with the ball inside Man Utd’s box.

David de Gea (7/10) – Relegated to a spectator role in the first half but kept his focus to thwart Neves’ dangerous-looking free-kick.

Aaron Wan-Bissaka (6/10) – Not as comfortable with the ball at his feet as he was against Forest but still did enough to avert any kind of danger on his flank.

Raphael Varane (7/10) – Though he might have had more challenging tasks in the Premier League, the Frenchman again proved he’s on his way to becoming the defender Man Utd desperately need.

Luke Shaw (7/10) – Play as a centre-back for the second Premier League game running and excelled again, partnering up with Raphael Varane to forge a wall in front of de Gea’s goal.

Tyrell Malacia (6/10) – Had a few exciting ventures forward and came close to recording an assist but was easily outmuscled by combative Wolves players on numerous occasions.

Christian Eriksen (3/10) – A near-anonymous display from the deep-lying playmaker. Unable to influence the game, it feels like he failed to show up today.

Casemiro (8/10) – For those questioning Man Utd’s decision to bring him from Real Madrid, please take a look at the Red Devils’ midfield now. The Brazilian didn’t lose a single duel at Molineux.

Bruno Fernandes (6/10) – Provided an assist for Rashford yet was often bulldozed by Neves and had too many loose touches by his standards.

Alejandro Garnacho (4/10) – There’s no excuse for missing arguably the best chance of the game. Has to show more composure and understanding with his teammates if he’s to play for a club of Man Utd’s stature.

Antony (4/10) – The Brazilian’s career at Old Trafford has been on a downward curve since his phenomenal breakthrough appearance against Arsenal. Looked lost and spurned too many balls.

Anthony Martial (3/10) – Had a disappointing afternoon, failing to find a way to deal with his markers’ physical strength.

Marcus Rashford *MOTM* (9/10) – Came on at the start of the second half and changed the dynamics of the match from top to bottom. Scored the winner and was unlucky see the second disallowed by VAR.