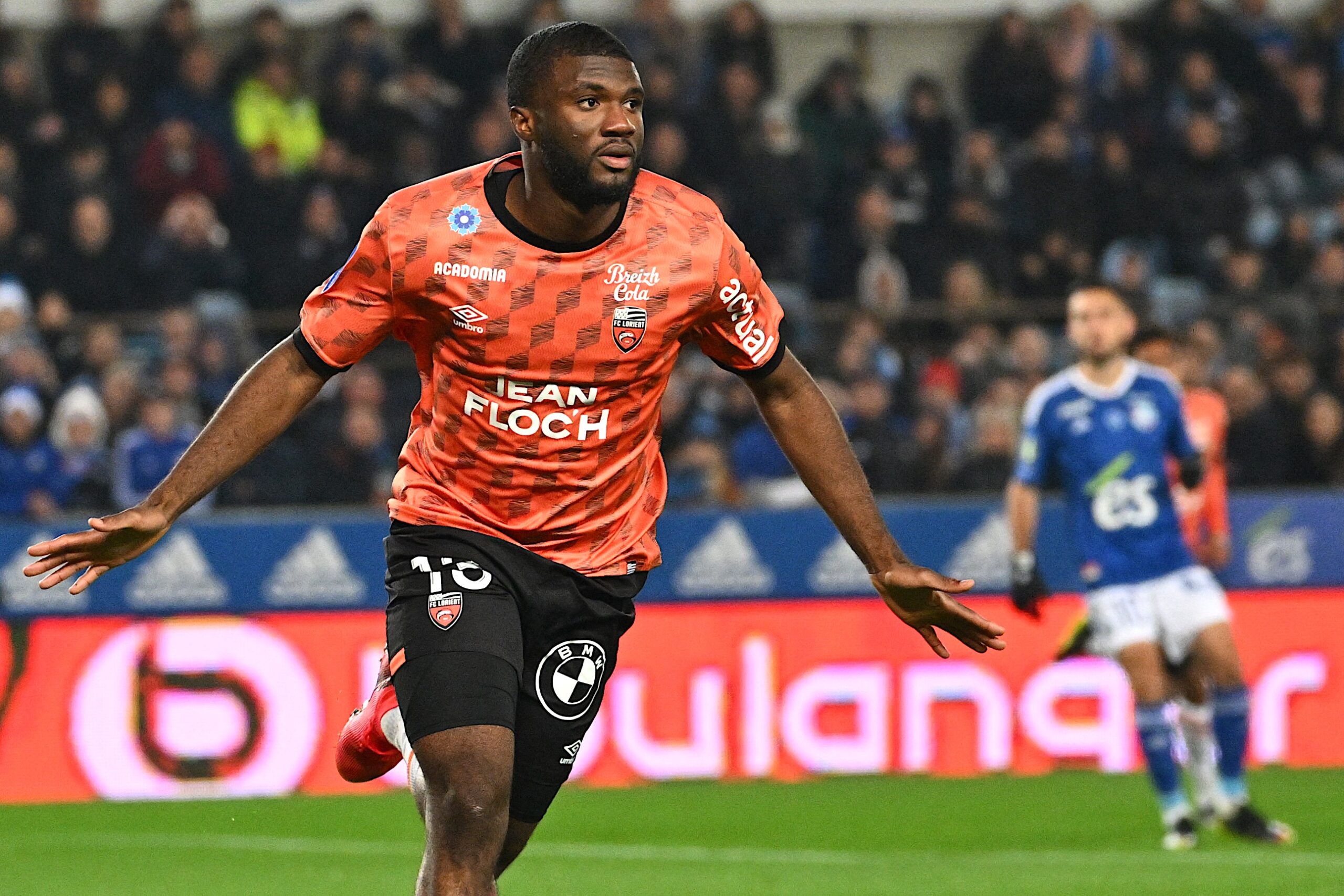 Premier League club Southampton have enquired about signing Lorient’s Terem Moffi, according to L’Equipe via GFFN.

They know that Lorient are not looking to accept offers for their star striker, but the Saints are still showing interest.

Lorient do not want to sell the man spearheading their stay in the league. Moffi was a massive part of why they were overachieving in Ligue 1 before tailing away in the last few matchdays.

Despite their insistence that the player is not for sale, Lorient fear that Southampton might push for the player this January.

They will struggle to hold on to him if the Premier League club makes a big offer to Moffi. He has only 18 months left on his deal.

The Nigerian striker has ten Ligue 1 goals in 15 games and is one of the top scorers in the French league.

Moffi has scored 33 goals for Les Merlus since joining the club two and a half years ago. He joined from the Lithuanian side Kortrijk after a breakout campaign, where he scored 20 goals in 29 games.

However, he struggled last season, netting only eight and providing four assists. But this season, he has experienced a renaissance.

Moffi’s finishing is not his only strength. His hold-up and link-up play is excellent and will help him excel in the rough-and-tumble Premier League.

Apart from Moffi, there is interest in other Lorient stars. Attacker Dango Ouattara and midfielder Enzo Le Fee have been incredible this season.

Lorient don’t want to sell any of them in the winter window but remain wary of foreign interest in their stars. Both players also have contracts expiring in 2024.

However, Lorient will want to wait until this summer before selling.