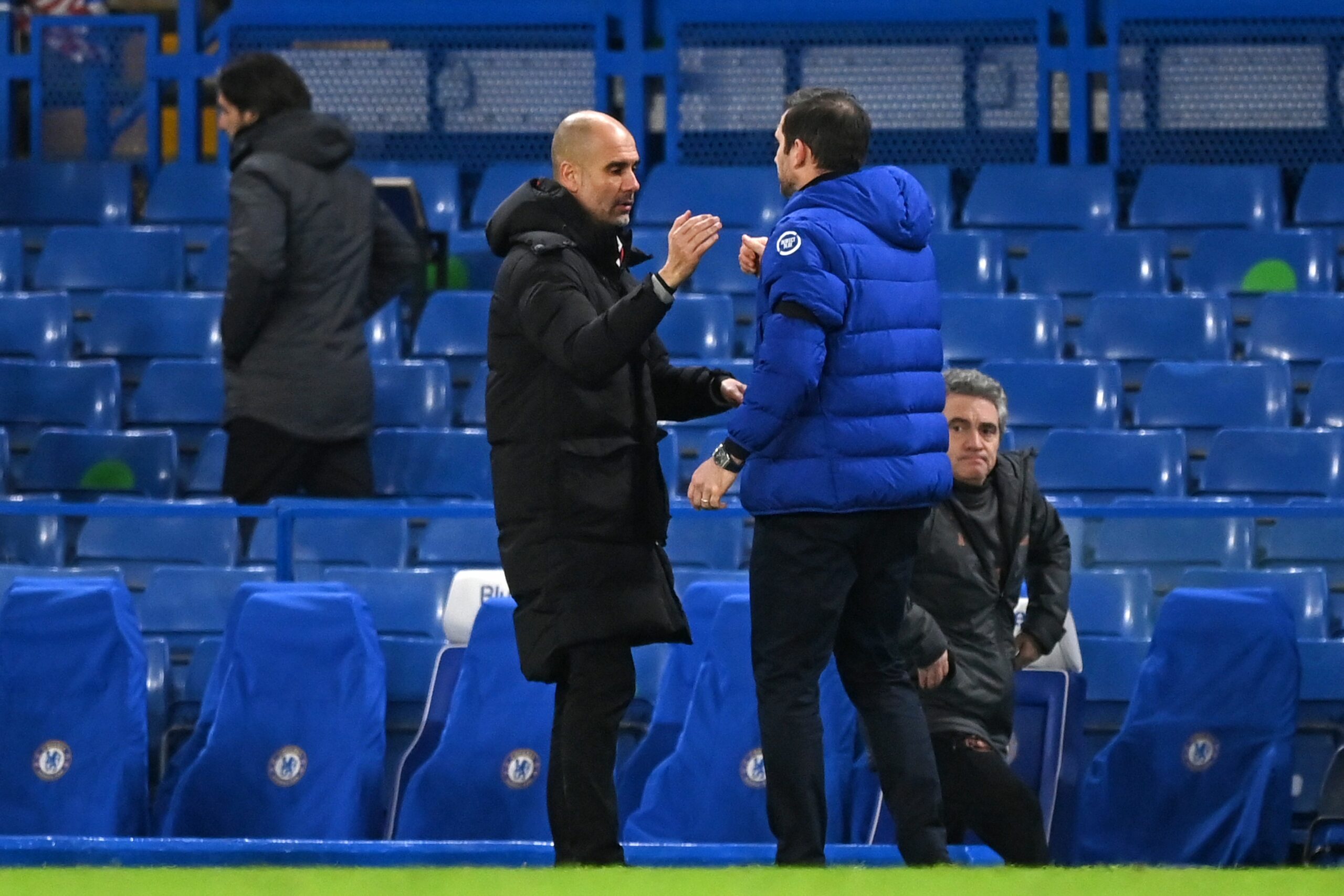 Manchester City’s hopes of defending the Premier League title took a huge blow as Everton held the champions to a dramatic 1-1 draw at the Etihad Stadium today.

Inspired by a 3-1 demolition of Leeds United on Wednesday and bolstered by Bernardo Silva’s return to the fold, Man City hit the ground running from the get-go.

Pep Guardiola’s high-flyers seized control of the ball from the first whistle, mounting massive pressure on Everton’s backline but without a final product.

After losing three consecutive Premier League fixtures in the build-up to this trip, it’s no surprise the Toffees’ only desire was to defend their goal at all costs without thinking of threatening Ederson.

But while they did a stellar job keeping the Cityzens relatively quiet in the opening stages, everything fell apart midway through the first half as the inevitable happened.

Erling Braut Haaland cannot stop scoring in the Premier League. Fresh from bagging a second-half brace at Elland Road, the Norwegian was in the right place at the right time to break the deadlock in the 24th minute.

Riyad Mahrez did all the heavy lifting to set the ex-Borussia Dortmund striker up on a silver platter, helping him score his 21st goal in England’s top-flight this season.

Although Haaland required medical attention less than two minutes into the game, it didn’t stop him from setting the tone for what was supposed to be another comfortable Man City win.

Guardiola’s team continued to dominate possession, preventing Everton from making a single organised attack in the first half, while they came close to doubling the lead before half-time.

John Stones is not an unlikely source of goals for the Cityzens, especially given his well-documented aerial ability. But he was unlucky to see his towering header rattle off the right post on the stroke of the interval.

It was a bizarre start to the second half, full of interruptions due to a technical glitch with referee Bobby Madley’s gear and an injury to Jack Grealish.

All that slowed down the match pace. Frank Lampard’s men, who looked clueless after the opening 45 minutes, massively benefitted from a scrappy second-half start.

Demarai Gray, who seemed on the verge of producing another ‘stealth mode’ showing, came up huge in the 64th minute to bring the Toffees back on level terms.

The lightning-quick winger picked up the ball in his own half and sprinted toward the Man City penalty area before launching a devastating attempt from inside the box into the top far corner.

Keen to pick up their first Premier League point against the Cityzens since a 1-1 draw in August 2017, Everton withdrew everyone back, frustrating their hosts with a double-block in front of Jordan Pickford’s goal.

It almost came back to bite them in the 82nd minute as Pickford had to make a stunning save to thwart Mahrez from close range after a series of awkward deflections in the Toffees box.

Guardiola waited until the 87th minute to make his first change of the game, which sounds a bit odd, considering his side had to chase the result from the 64th minute.

Man City were inches away from stealing three points right at the death, but Rodri’s glancing header from inside the six-yard box flew whisker wide of the post, handing Everton a massive point.

Ederson (3/10) – Could’ve just left his post to work out individually in the first half. However, powerless to stop Gray’s stunner from Everton’s first shot on goal.

Rico Lewis (5/10) – It’s hard to see him retaining his place in the starting XI when Joao Cancelo regains full fitness, but the youngster showed some encouraging stuff today.

John Stones (7/10) – Unfortunate to be denied by the post as he deserved a goal for his troubles, having enjoyed another rock-solid game alongside Manuel Akanji.

Manuel Akanji (6/10) – Defended aggressively as always but never let himself get dragged out of position while keeping his passing safe and clean.

Nathan Ake (5/10) – There’s nothing Guardiola can expect from the Dutchman in the attacking sense, yet the makeshift left-back did his part in cutting Alex Iwobi out of the game.

Bernardo Silva (4/10) – You’d expect more from the Portuguese midfield wizard, who looked a bit rusty and out of shape in his first post-World Cup start for Man City.

Rodri (3/10) – Slow to distribute the ball when he should’ve done better and wasted a golden opportunity to win the game for his side in the final seconds.

Kevin De Bruyne (3/10) – Had a pretty underwhelming game by his standards.

Jack Grealish (4/10) – A far weaker display from the English forward compared to his decisive role against Leeds on Wednesday. Never managed to influence the match.

Riyad Mahrez (7/10) – Played a decisive role in helping Haaland open the scoring and always looked threatening with the ball at his feet.

Erling Haaland (6/10) – Despite adding to his ever-growing Premier League goals tally, he was nowhere to be seen when Man City needed him to step up to the plate.

Jordan Pickford (8/10) – Though his side spent most of the game defending inside their own box, the England international had to make only a handful of interventions. While he had no business stopping Haaland’s goal, he made some impressive stops when called into action.

Nathan Patterson (4/10) – Lucky to get away with just one yellow card as he was over-zealous all afternoon, trying to hit Grealish more than he wanted to take the ball away.

Ben Godfrey (7/10) – Fought tooth and nail to avert the danger, making numerous no-nonsense clearances before running out of steam in the dying moments.

James Tarkowski (7/10) – There’s hardly a more convincing centre-back in the Premier League when it comes to aerial duels, as evidenced by the Englishman’s commanding display at the Etihad.

Conor Coady (7/10) – Whenever Tarkowski needed time to simmer down, Coady was there to cover and clear the danger.

Vitaliy Mykolenko (5/10) – Struggled to deal with Mahrez’s tricky dribbling but never stopped running and closing spaces behind. Also made a few vital interceptions in the later stages.

Alex Iwobi (6/10) – While no one noticed his presence in Everton’s attempts to build something in the midfield, the ex-Arsenal man offered his former employers a title boost by giving a massive helping hand to his defenders.

Idriss Gueye (6/10) – Key to helping his defensive teammates tick under siege as his determined tackles often served to cut Man City’s attacks in their knees.

Amadou Onana (6/10) – Tried to emulate Gueye’s movements in the engine room as his reckless challenges in the midfielstartedrt catching the eyes more often than they should.

Demarai Gray (7/10) – One moment of brilliance was enough to fire the pacey winger into the stars. Scored one of the best goals in the Premier League this season.

Dominic Calvert-Lewin (1/10) – No longer a shadow of a striker that used to tear the Premier League defences apart in some previous years. Barely got a touch of the ball.