Guardiola open to Man City departure if something is ‘broken’ 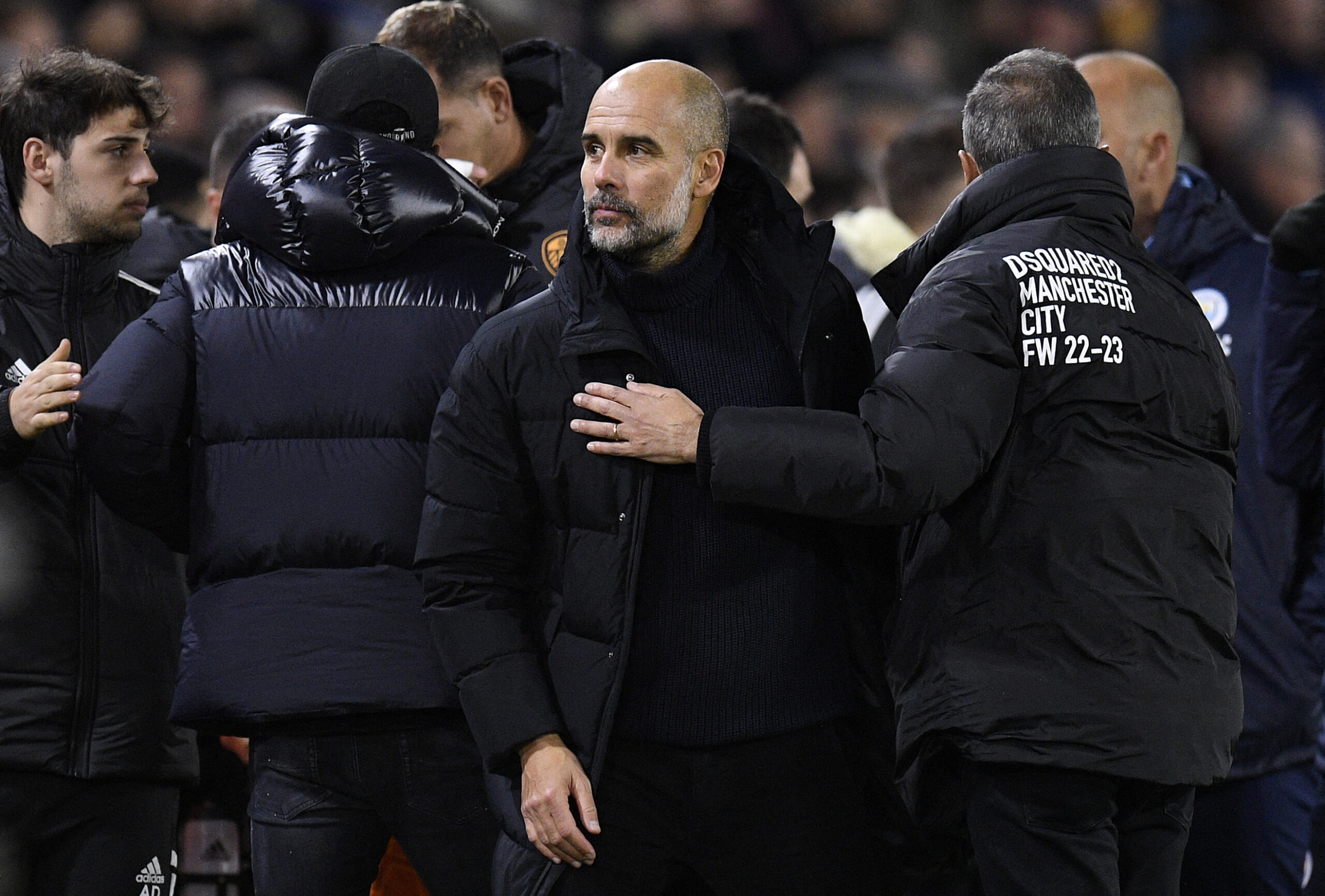 Manchester City manager Pep Guardiola only signed a contract extension last month that will keep him at the club until 2025.

However, the 51-year-old has hinted at a potential early departure from the Etihad Stadium if he feels something about the club is ‘broken’.

The Spanish manager joined the Cityzens in 2016. If he stays on for the duration of his contract with City, it will take his overall tenure to nine years.

His contract with City will see him spend longer time with them than at any other club in his trophy-laden career.

It has led some to believe he could stay as long as Sir Alex Ferguson and Arsene Wenger did at Manchester United and Arsenal respectively.

However, the former Barcelona tactician has ruled out replicating the lengthy tenures both men enjoyed at those clubs, despite achieving success at every turn.

“The moment I feel something is broken, I will resign or not extend,” Guardiola said at a news conference on Friday (via BBC).

“I continue to say I’m not going to stay like Fergie and Arsene. The contract is just paper. I extended because I have the feeling we can still play good.

“But in the end, it’s the results. I will not finish this contract if we are tired of each other.”

After emerging champions in the last two campaigns, the Spaniard has his eyes set on his side, becoming only the sixth side to complete a hat-trick of title triumphs.

However, in their way stands a rampant Arsenal side led by his former protege Mikel Arteta who have raced to a five-point lead at the top of the table.

Speaking on his side’s chances of a three-peat, Guardiola admitted he would have preferred to be closer to the pacesetters Arsenal but was also glad the gap is not so wide either.

“It’s complicated,” he added. “When you win a lot, it is easier to handle situations. But on the other side it is ‘oh, we have to do it again’.

“Arsenal have done brilliantly and better than us so far. For a long time, they have not been there, and they want to continue being there.

“But I see the desire from the way we played at Leeds after the other contenders all won. We are close [to Arsenal]. It is not 15 or 20 points. I would prefer to be closer, but it is not a big distance.”

City saw off the challenge from Leeds United last time out, beating them 3-1 to keep pace with Arsenal. Their next test will see them welcome relegation strugglers Everton later today.