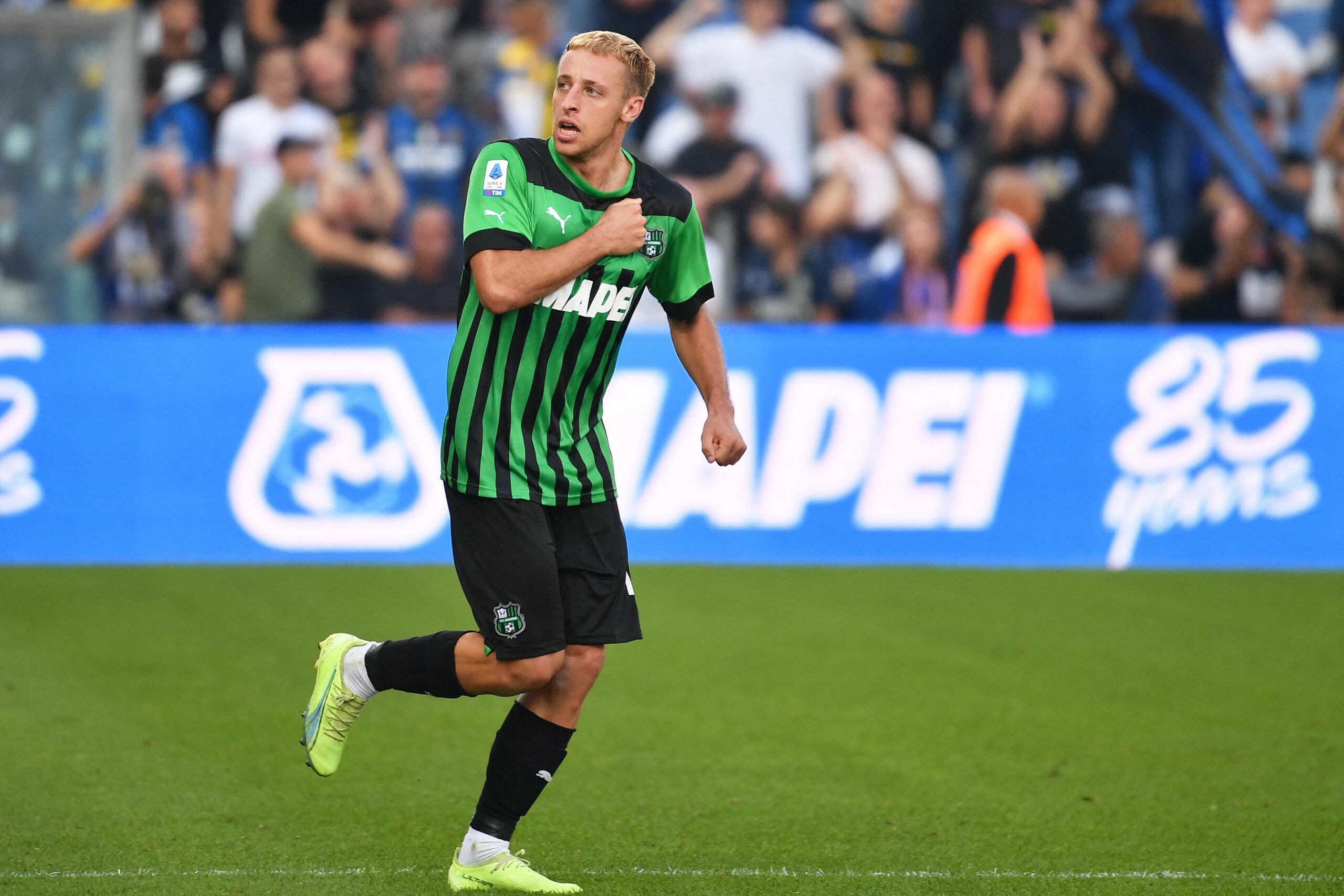 Sassuolo midfielder Davide Frattesi remains a top target for AS Roma, who came close to signing him last summer.

The Italian midfielder also revealed that he had dreamt of joining the Giallorossi before the deal collapsed at the last moment.

Recent reports suggest that Jose Mourinho is keen on luring Frattesi to the capital club in January as he aims to have a formidable squad for the second half of the season.

The Neroverdi CEO Giovanni Carnevali has weighed in on the growing speculation, stating that the club have no intention of selling Frattesi in the January transfer window.

He also revealed that Roma are not alone in the race, as clubs from Premier League have submitted offers for Frattesi.

“We have an excellent relationship with the Giallorossi, but we also have requests from the Premier League,” Carnevali told Sky Sport Italia.

“We don’t want to sell players like Frattesi in this market session – to date, we are more attentive to purchases than to sales.”

West Ham United were previously credited with an interest in the 25-year-old, but it remains to be seen they are still in the race.

Sassuolo value Frattesi around €30 million, but Roma are reportedly looking to include players as makeweights in the deal.

Napoli, Inter Milan and AC Milan are also keeping tabs on Frattesi, who made his debut with the Italian national team earlier this year.

Roma may look towards Torino midfielder Sasa Lukic as an alternative if they fail to sign Frattesi in January.

Mourinho’s men have received a welcome boost to their midfield, with Georginio Wijnaldum on the verge of returning to action after missing nearly the entire first half of the season with a fractured tibia.