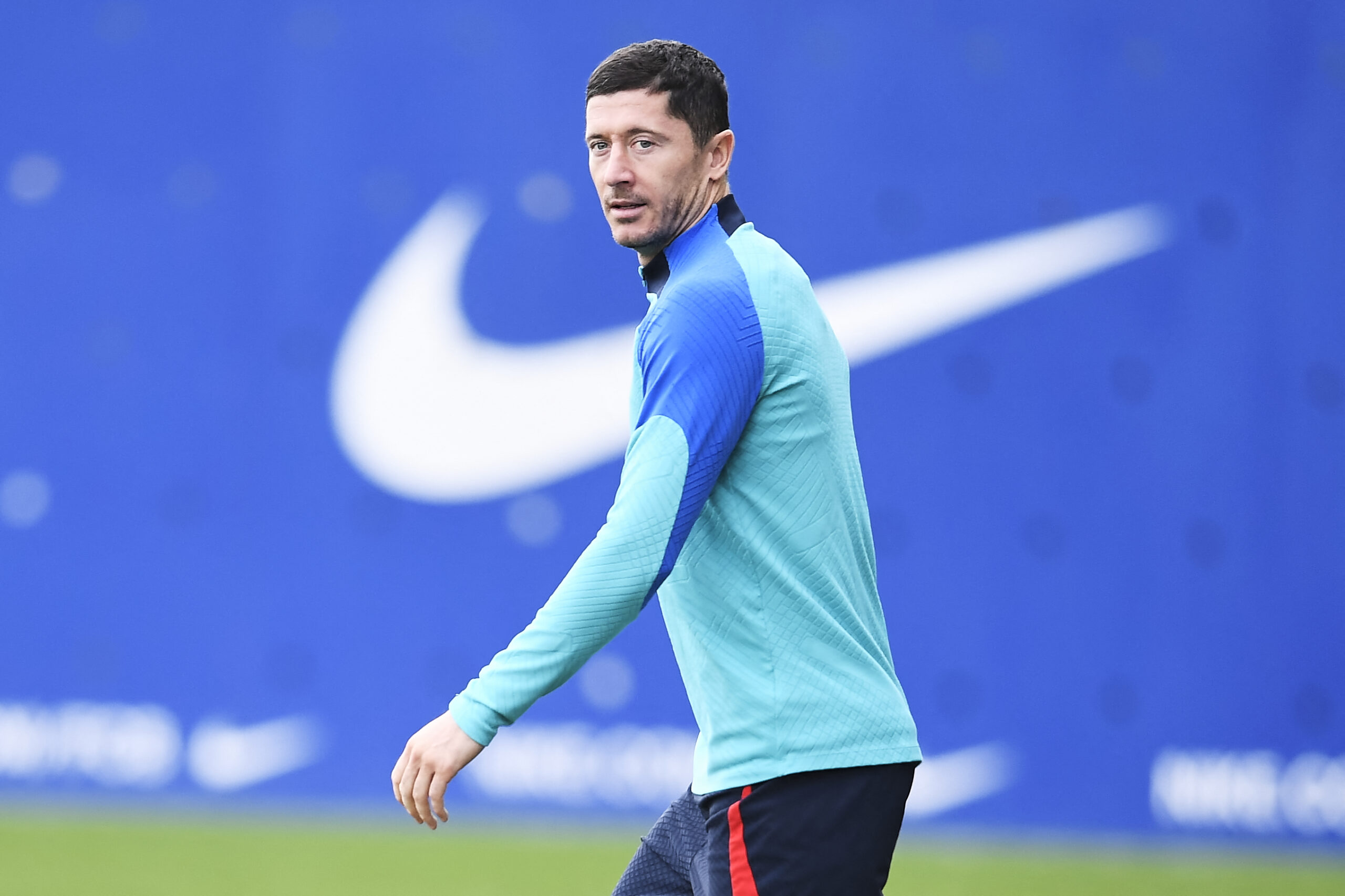 Barcelona striker Robert Lewandowski is cleared to face Espanyol after the Central Contentious Court of Madrid lifted his ban temporarily, as confirmed by the Catalan club.

The Polish striker was handed a three-match ban by the Spanish Football Federation after making contemptuous gestures towards the referee during the La Liga game against Osasuna before the World Cup break.

The Blaugrana also had an appeal turned down by the Spanish Court of Arbitration, making it almost certain that Lewandowski would miss the next three games.

However, Barca have managed to get clearance for the Pole just a day ahead of the Catalan derby.

A club statement read: “Lewandowski can play tomorrow against Espanyol after the dispute settlement court in Madrid issued a precautionary measure against the suspension imposed by the court of arbitration for sport.”

Barcelona will be relieved to see Lewandowski back in action, as he has been in phenomenal goalscoring form this season.

The 34-year-old moved to Camp Nou in the summer from Bayern Munich for €45 million and has hit the ground running in his first season in La Liga.

Scoring a league-high 13 goals, Lewandowski has steered Xavi’s men to the top of the league standings, two points ahead of arch-rivals Real Madrid.

The Polish superstar managed five goals in the Champions League despite Barca suffering a shock elimination from the group stage.

The former Bayern striker also had a World Cup to forget, with Poland defeated by eventual finalists France in the round of 16.

He will look to put the woes behind him and continue where he left off before the World Cup as Barca host16th-placed Espanyol tomorrow.